The Smithsonian’s National Museum of African Art, out the back of the Smithsonian Castle, showcases ancient and modern African art. 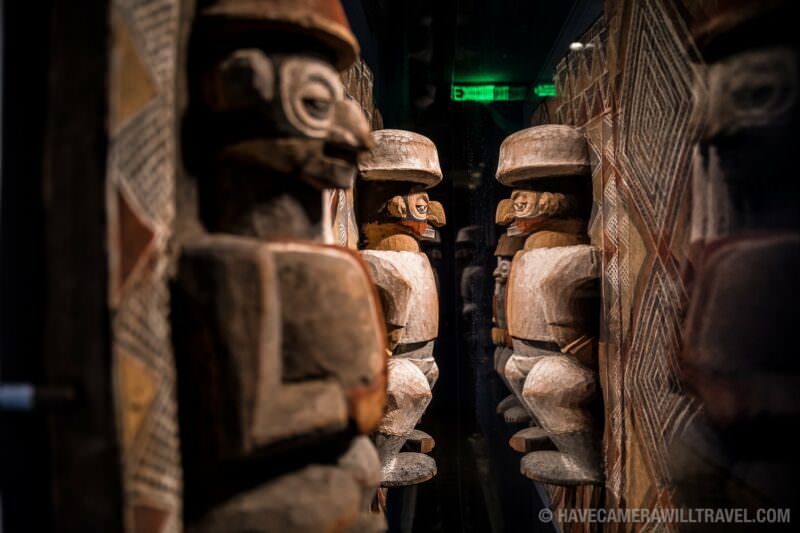 The Smithsonian’s National Museum of African Art is well hidden. The facility is built like an underground bunker, with only a tiny portion at ground level. To get to it, you have to head out through the garden at the back of the Smithsonian Castle; the discreet entrance is directly opposite the Sackler Gallery entrance.

But once you’re inside, you’re in for a treat. There are, as you might expect, more than a few ceremonial masks, but there’s a lot more as well. You’ll find tiny, intricately carved statuettes, colorful textiles, modern photography, art made from recycled art, and commentaries on modern life like a cell phone-shaped coffin.

And all the art is displayed expertly. The facility exudes newness. None of the artifacts is crowded. The lighting is beautifully done. And the very effective air conditioning–no doubt helped by the building being mostly underground–makes the museum a wonderfully calming place to escape the crowds and heat above in the height of summer. And be sure to check out the museum’s gift shop if you’re looking for something a bit different.

Photos of the Smithsonian’s National Museum of African Art 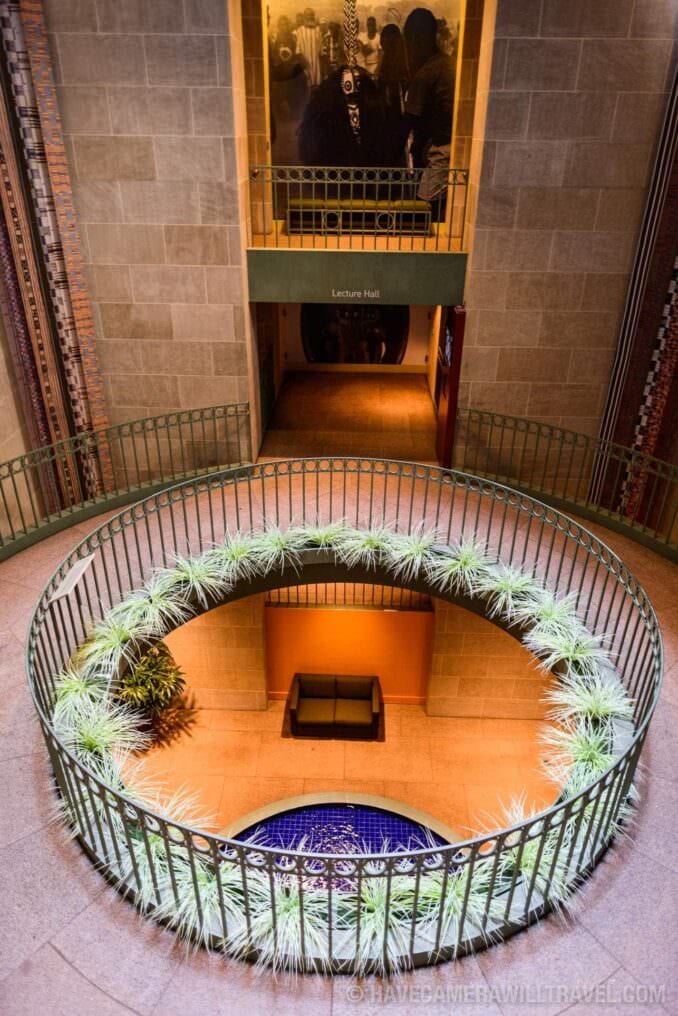 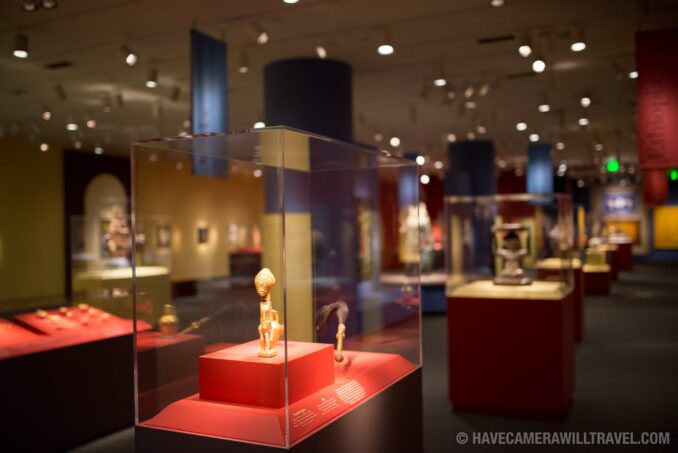 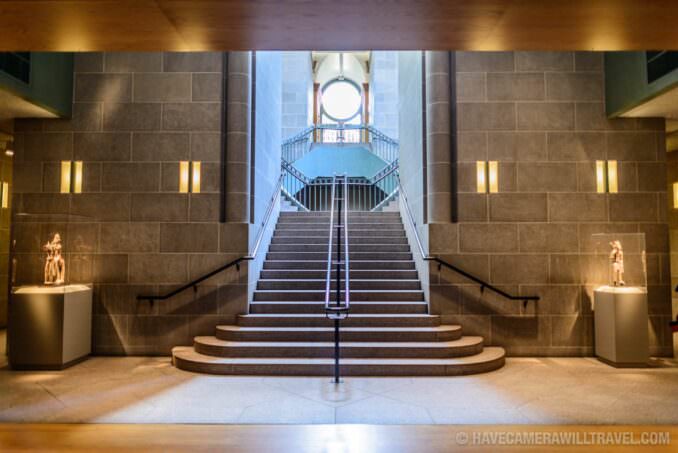 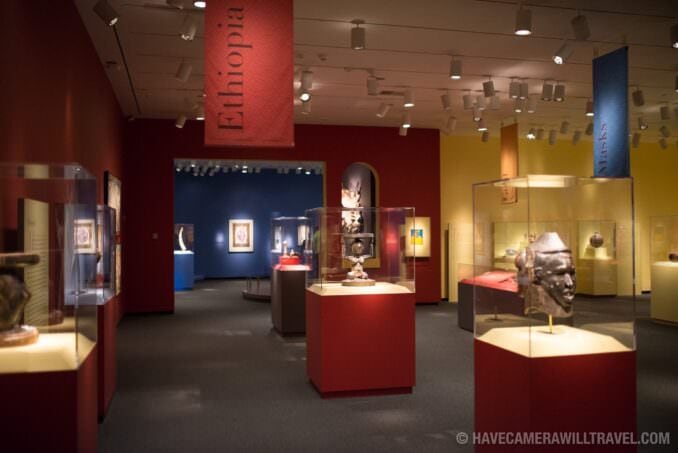 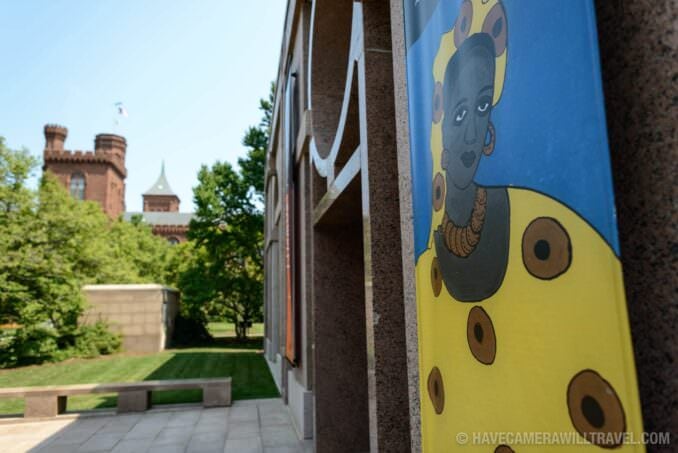 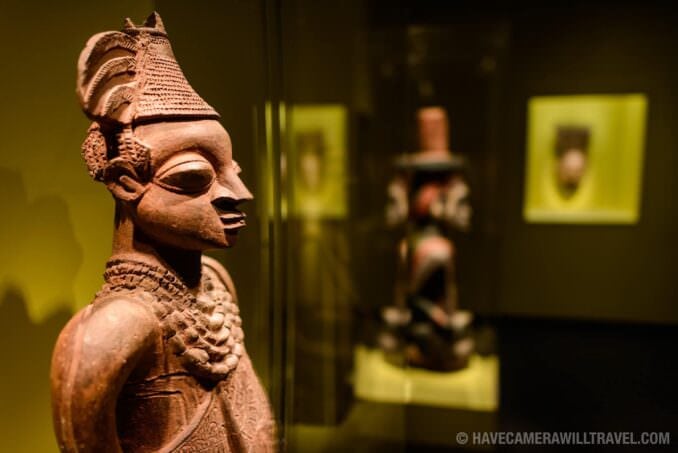 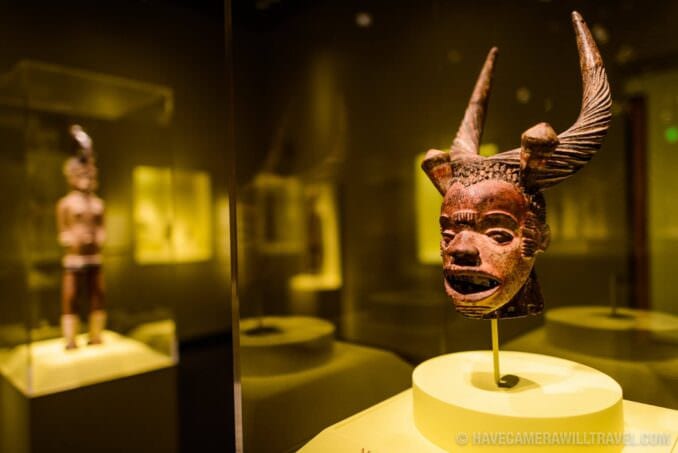 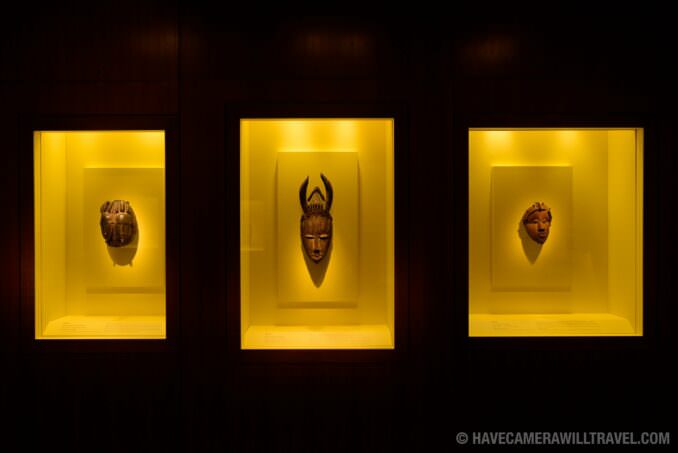 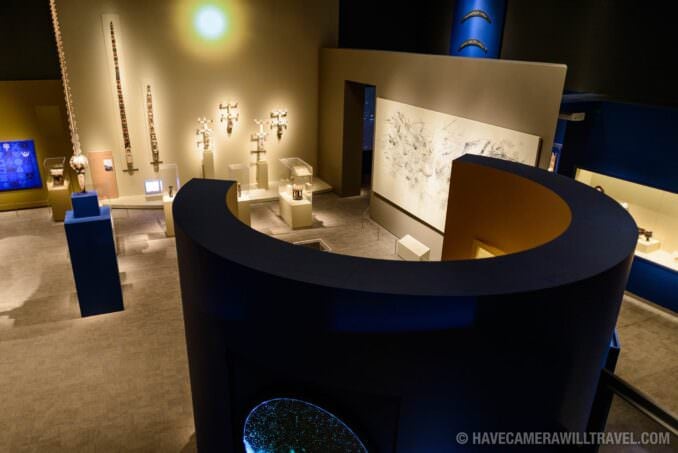 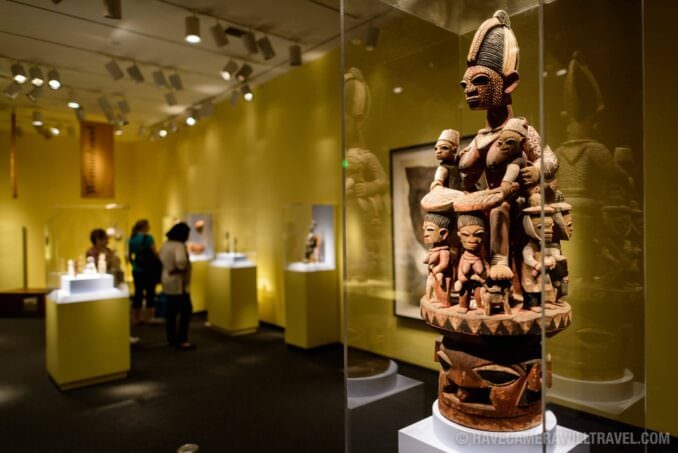 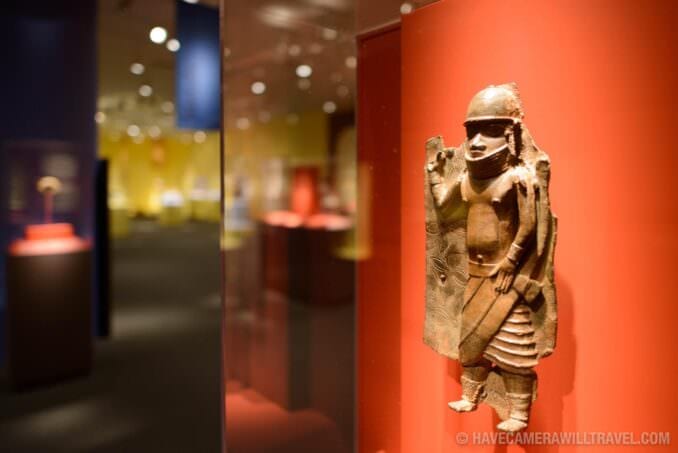 I have more photos of the Smithsonian’s National Museum of African Art here.

How to Get to the Smithsonian’s African Art Museum

The museum is under the garden at the back of the Smithsonian Castle. From the National Mall, go through or around the Castle. From Independence Avenue, just go through the gates. The closest metro stop is Smithsonian (Orange and Blue lines); L’Enfant Place (Orange, Blue, Yellow, and Green lines) is only a couple of blocks away. Depending on the day of the week and time of day, there’s some metered on-street parking, but that’s first-come-first-served and can be hard to come by.

In general, personal photography is allowed and even encouraged (along with suggested Instagram hashtags). But there are some exhibits where it’s not allowed, so check the signs in each gallery.

Flash isn’t permitted anywhere, nor are tripods. Many of the galleries are quite dark, so plan on using a high ISO. 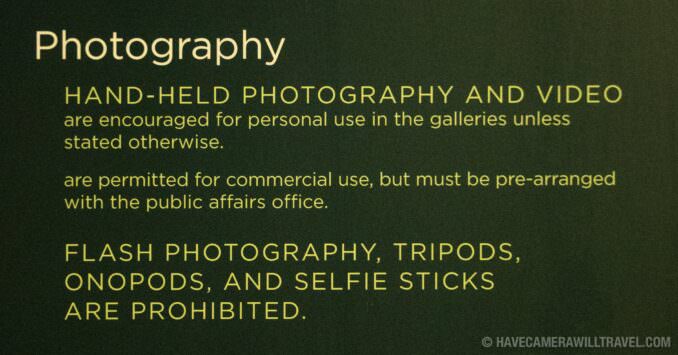 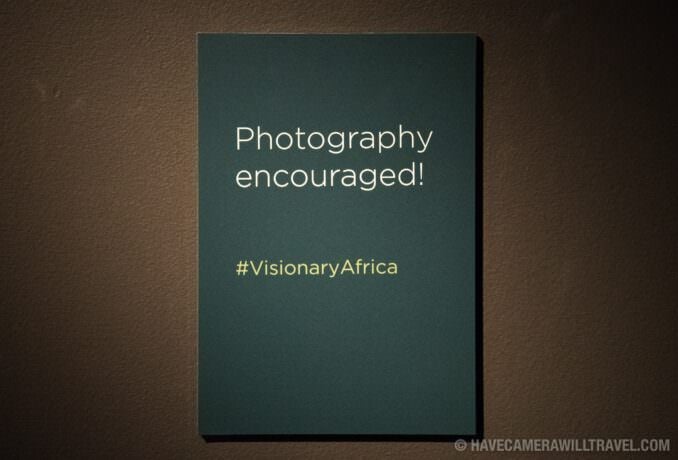