There are only a handful of museums in the world that get more visitors than the Smithsonian’s National Air and Space Museum on the National Mall. It’s a wonderful showcase of all things to do with space exploration and flight. 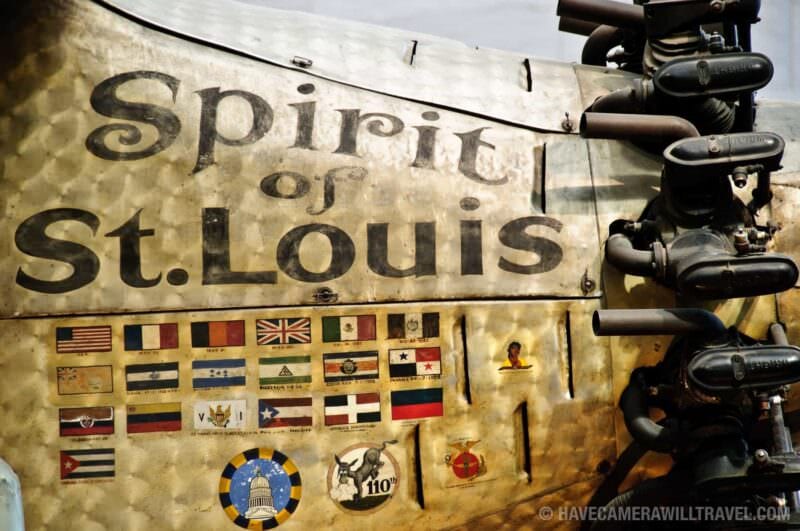 With about 8 million visitors per year, the Smithsonian’s National Air and Space Museum is consistently one of the world’s most-visited museums. It is a wonderful showcase of all things to do with space exploration and the history of flight, both military and civilian. The museum’s emphasis is naturally American, but it also has some excellent international contributions.

The Air and Space Museum will be undergoing a massive renovation starting in December 2018. It is expected to take seven years to complete and cost about $1 billion. The work will be done in stages, and the museum will remain partially open through much of the renovation. But if you visit between the end of 2018 and 2025, you can expect parts of the building to be closed off.

Because the museum’s artifacts are so large–they are airplanes, space shuttles, and rockets, after all–they’re now housed in two locations. The most popular, most visited, and easiest to get to is the one on the National Mall. But there’s also a newer and larger facility, the Udvar-Hazy Center, near Dulles Airport, about 30 miles from the National Mall.

The National Mall Building is positively brimming with extraordinary items, including the original Wright Brothers Flyer, the Apollo 11 command module, John Glenn’s Mercury orbiter, the Spirit of St. Louis, a Boeing 747 nose, a recreation of a portion of an aircraft carrier, intercontinental nuclear missiles, and a full backup Skylab. And you can even touch a piece of the moon.

I have a separate page with information on the Stephen F. Udvar-Hazy Center at Chantilly.

Photos of the Air and Space Museum on the National Mall 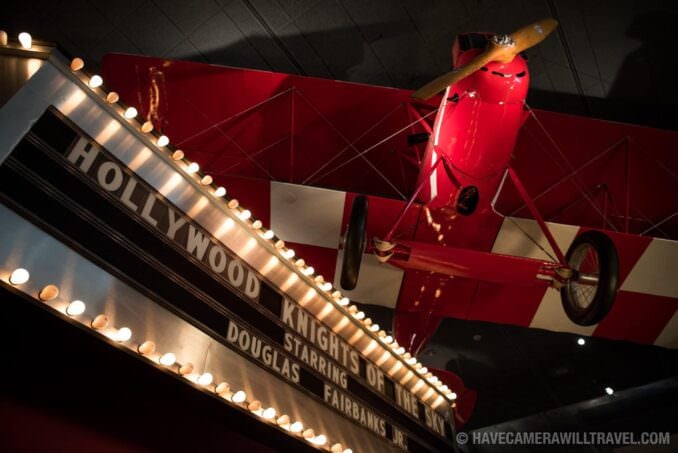 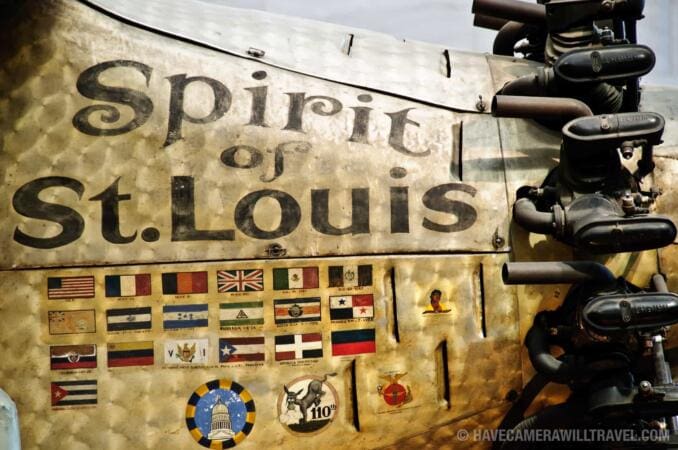 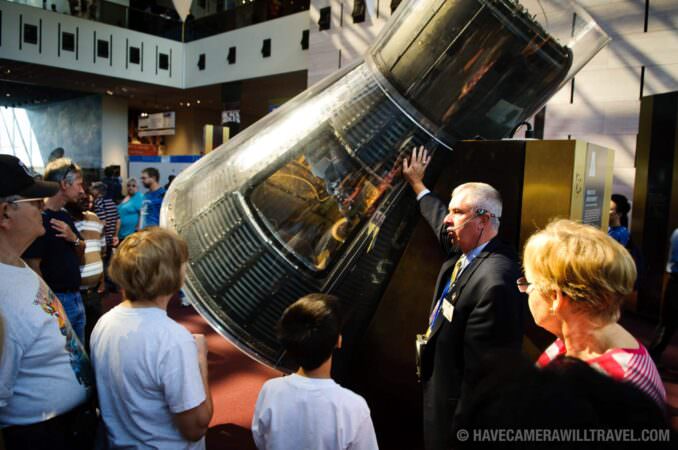 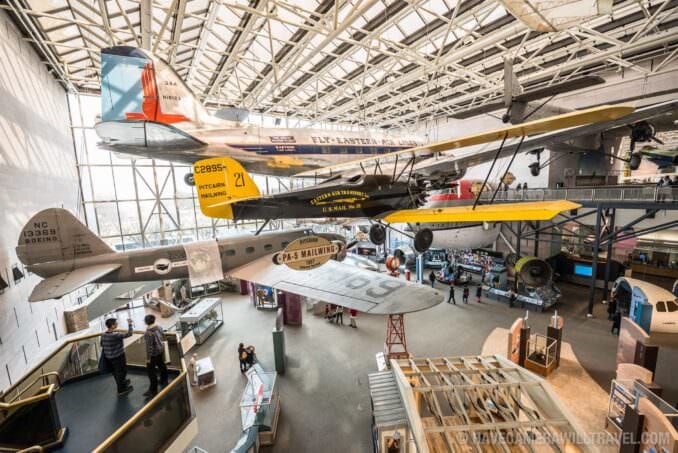 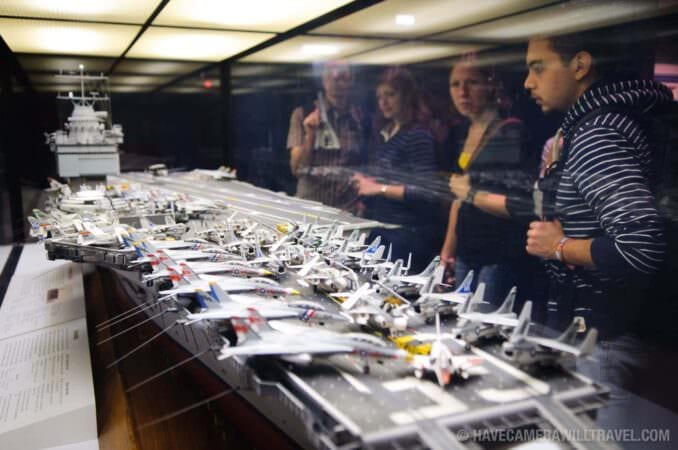 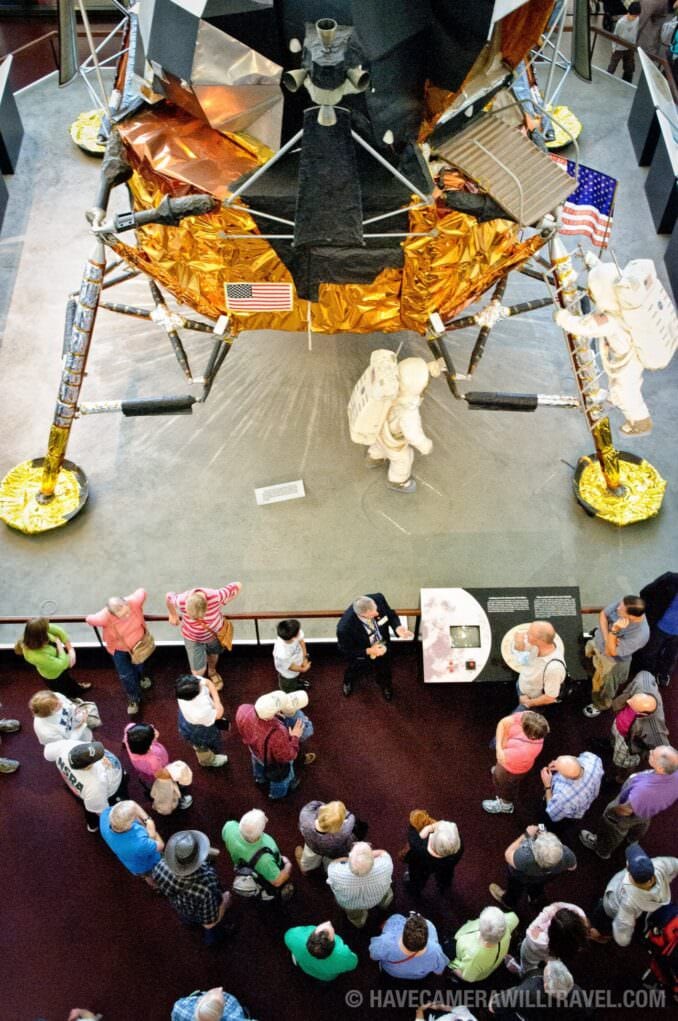 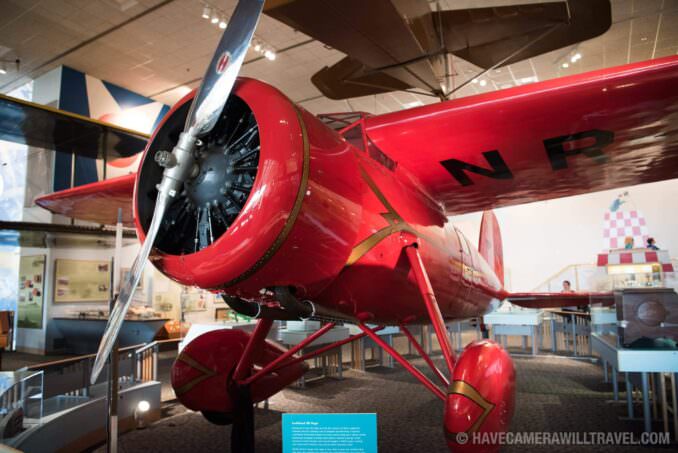 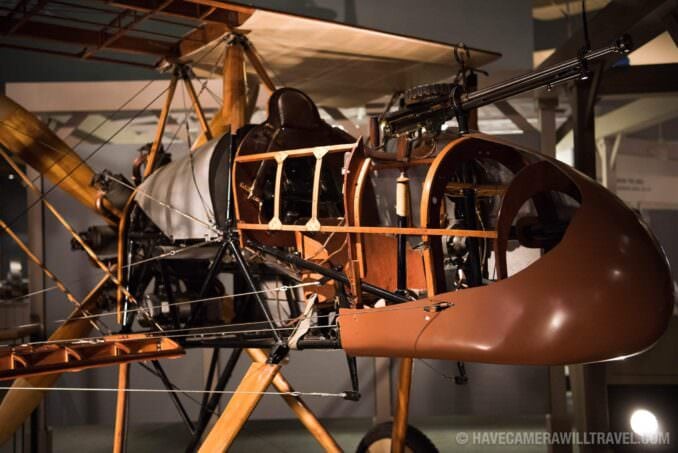 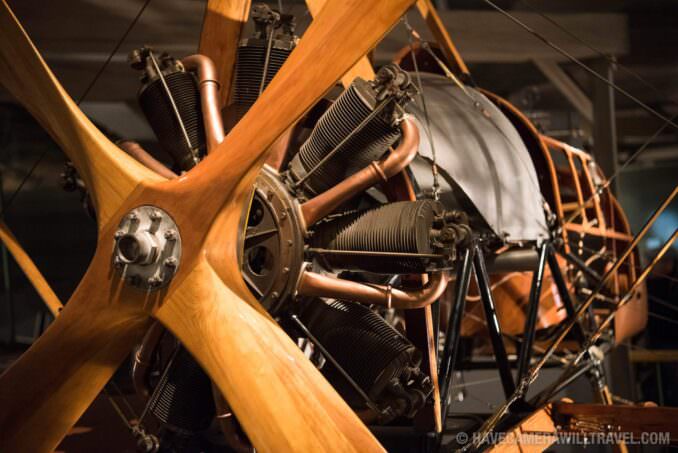 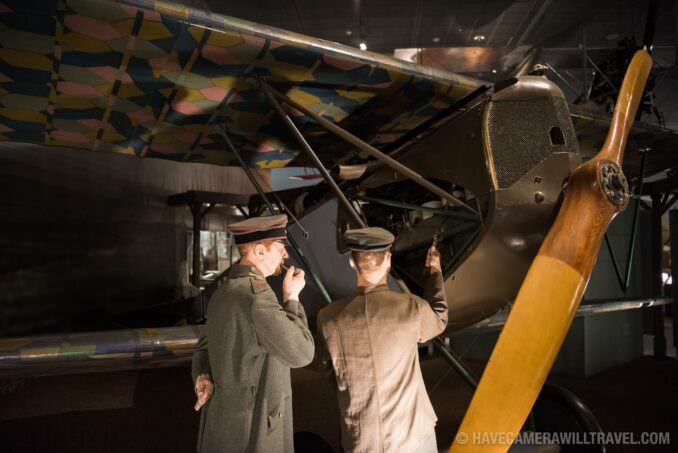 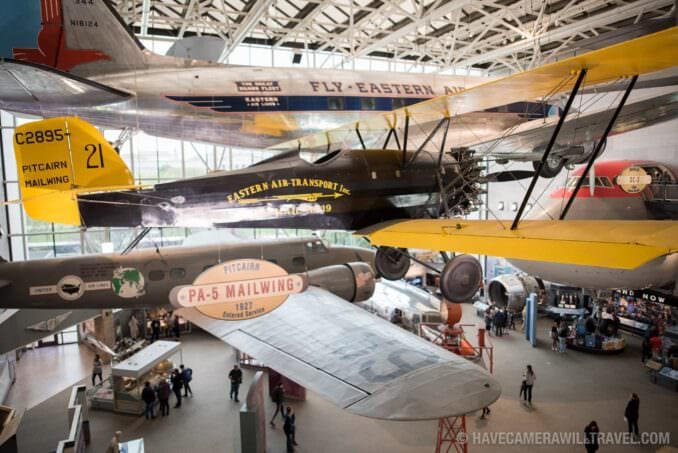 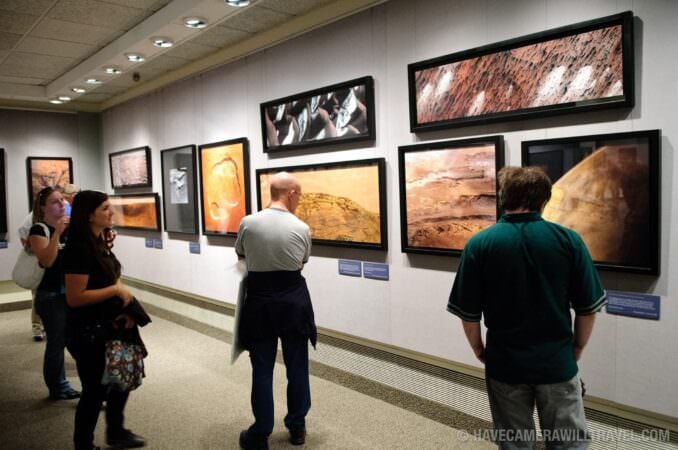 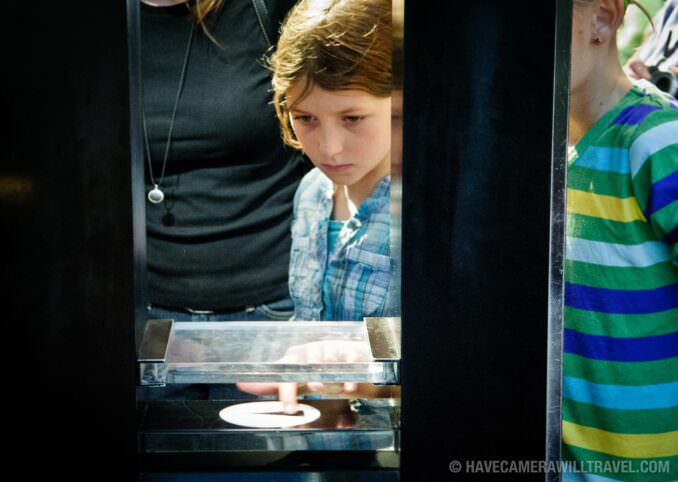 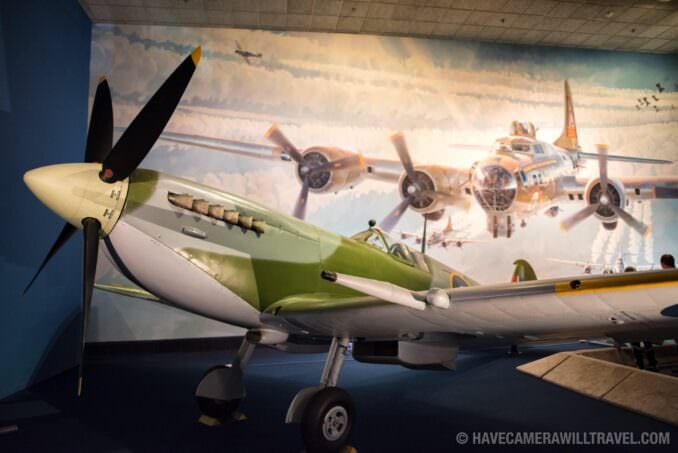 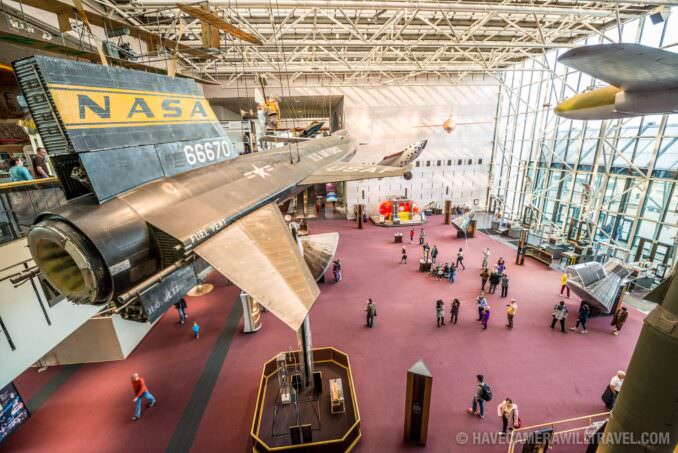 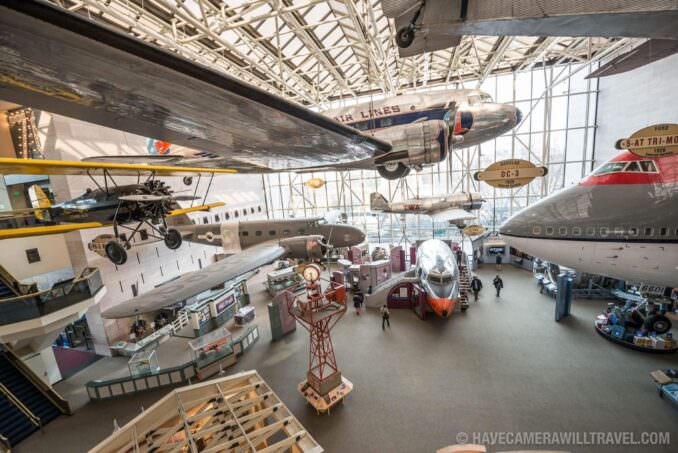 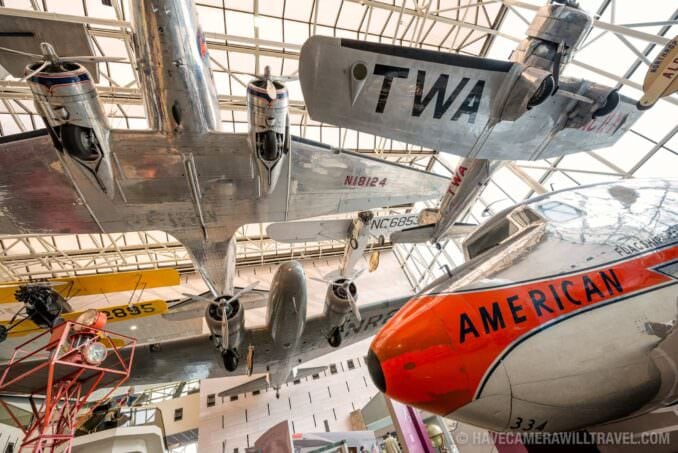 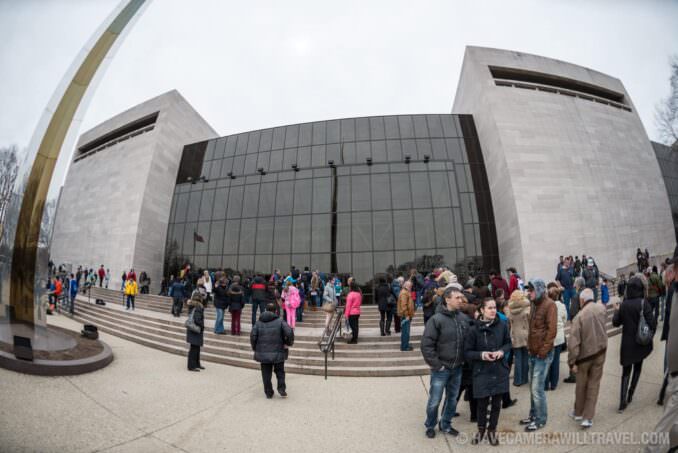 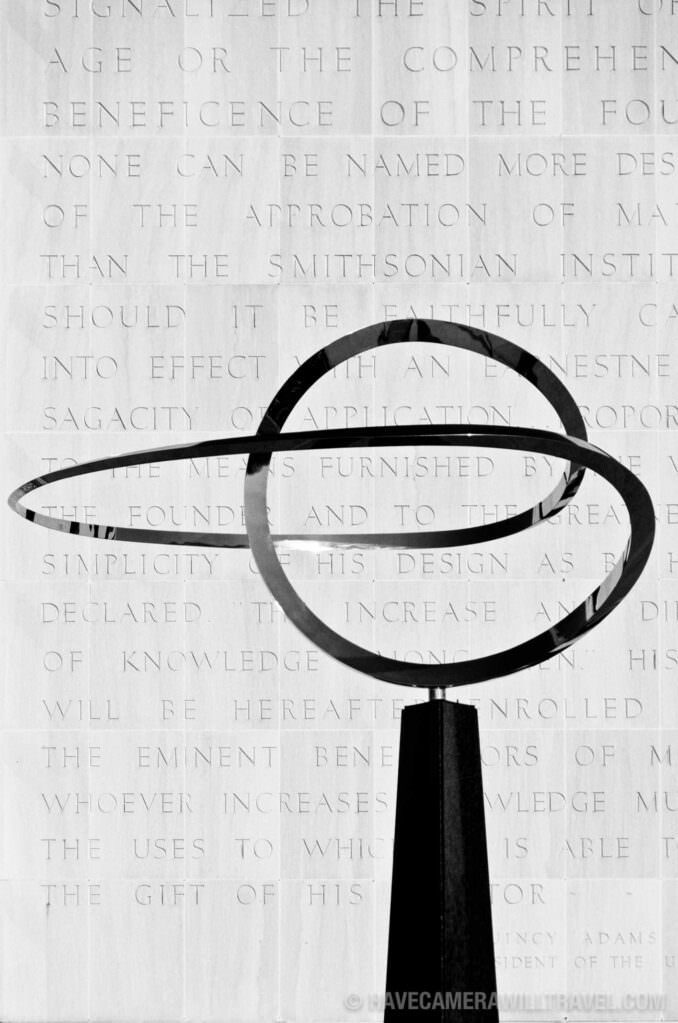 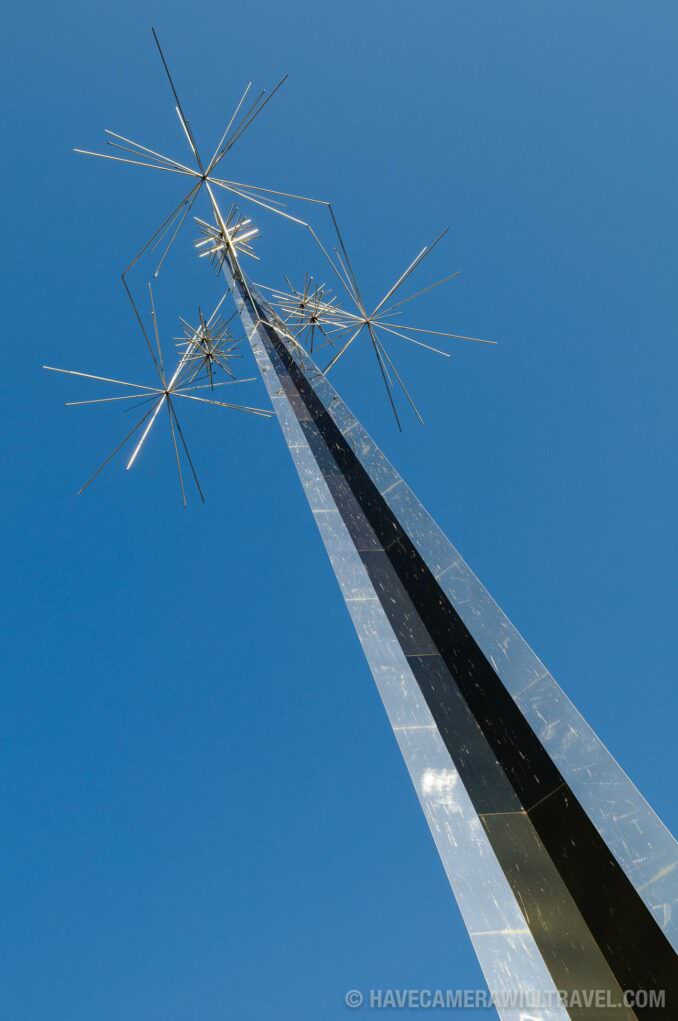 The museum is typically busy, especially in the summer, so count on crowds. Entry is free, doesn’t require reservations (except perhaps for large groups) and there are rarely queues to get in; if there are, it’s most likely just to pass through security checkpoint. Once inside you can explore to your heart’s content. There’s a large eatery in the building.

The original Smithsonian National Air and Space Museum building occupies pride of place on the National Mall on the U.S. Capitol end opposite the National Gallery of Art.

It’s sometimes possible to find a parking spot along Independence Avenue or Jefferson Avenue, but it can be hard to rely on, especially in the busy summer tourism period. Metro is a much better option.

In general, personal photography is allowed. Cameras are allowed; tripods (or any other standing supports) are not.

Your bags will be searched entering the building and you’ll probably have to check any bags that are bigger than a typical walking-around bag.

Using a flash use is usually allowed, although it’s possible that there might be special exhibitions with restrictions, so be sure to check to see whether individual exhibits have restrictions on flash or photography generally.

Some exhibits have very low lighting, especially those focusing on the space program, the night sky, and the aircraft carrier exhibit.

From time to time the Museum hosts some superb photography exhibitions like this one by Michael Benson titled Beyond: Visions of Our Solar System. Check the museum’s exhibitions page to see what’s exhibiting when. And the museum store is huge and includes many books with beautiful photography.