Originally opened in 1923 to display the collections of Charles Lang Freer, the Freer Gallery has since been merged with the Arthur M. Sackler Gallery to form the National Museum of Asian Art for the United States of America. 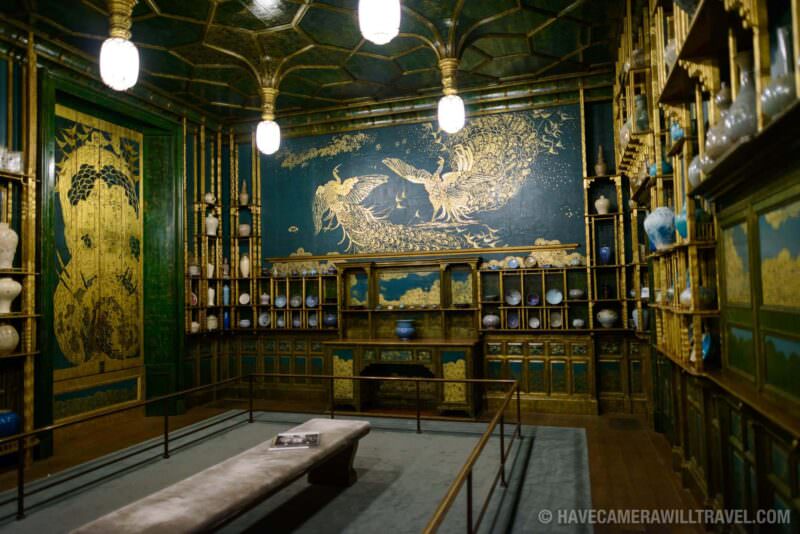 The Freer Gallery of Art is housed in a custom-built building next to the Smithsonian Castle between Independence Avenue and the National Mall. Its gallery wings surround an outdoor courtyard in the center of the building.

When it opened in 1923 to display the collections of Charles Lang Freer, a businessman from Detroit who had amassed an impressive collection of American and Asian art over the course of four decades of collecting, it was the Smithsonian’s first art museum. It has since been merged with the Arthur M. Sackler Gallery to form the National Museum of Asian Art for the United States of America.

There are two main themes of the Freer Gallery collection: Asian art and the work of expatriate artist James McNeill Whistler. The connection isn’t immediately self-evident–while Freer was collecting Whistler’s works, the two became friends, and it was Whistler who encouraged Freer to assemble a collection of great Asian art. Whistler had himself been heavily influenced by Asian art in his own work.

In addition to paintings and sculptures, other highlights include Chinese and Japanese illustrations, fine Chinese furniture, artist seals, and ancient drinking vessels. And one of the largest and most unusual items is the so-called Peacock Room, a London dining room redecorated by James McNeill Whistler that was shipped across the Atlantic and reassembled in toto.

Galleries at the Free Gallery

These are the galleries of the Freer Gallery of Art:

American Art. The heart of the collection consists of works by James McNeill Whistler, but it also includes works by other American artists such as Thomas Wilmer Dewing and Abbott Handerson.

Japanese Art. A large and diverse collection from calligraphy and stoneware ceramics.

Chinese Art. Another large and diverse collection, with some of the museum’s oldest artifacts. Includes jade, carvings, paintings, and metalwork.

Korean Art. Focuses on the Korean ceramic technique of sanggam.

South Asian and Himalayan Art. An emphasis on religious art from Hindu, Buddhist, Jainist, and Muslim traditions in the region, but also includes secular Indian art.

Arts of the Islamic World. The collection is particularly strong in illustrated manuscripts and ceramics.

Peacock Room. The most famous display in the museum, this is an opulently decorated dining room decorated first by James McNeill Whistler and later edited by Freer. It was originally in a London home.

Tip: If you’d like to see the room in some natural light, the shutters of the Peacock Room are open the third Thursday of each month from noon to 5:30pm.

Photos of the Freer Gallery 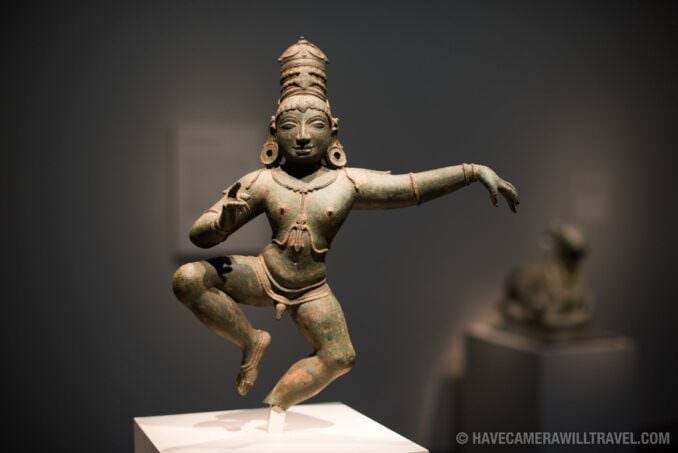 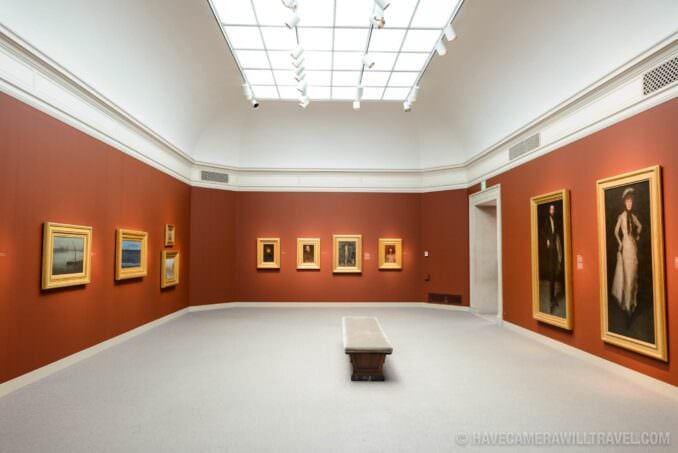 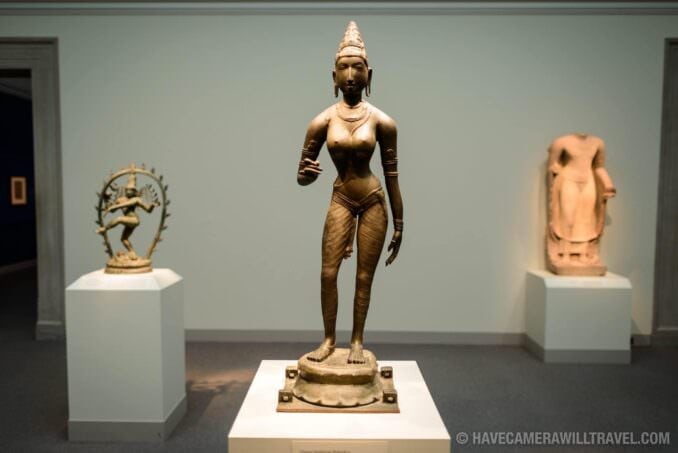 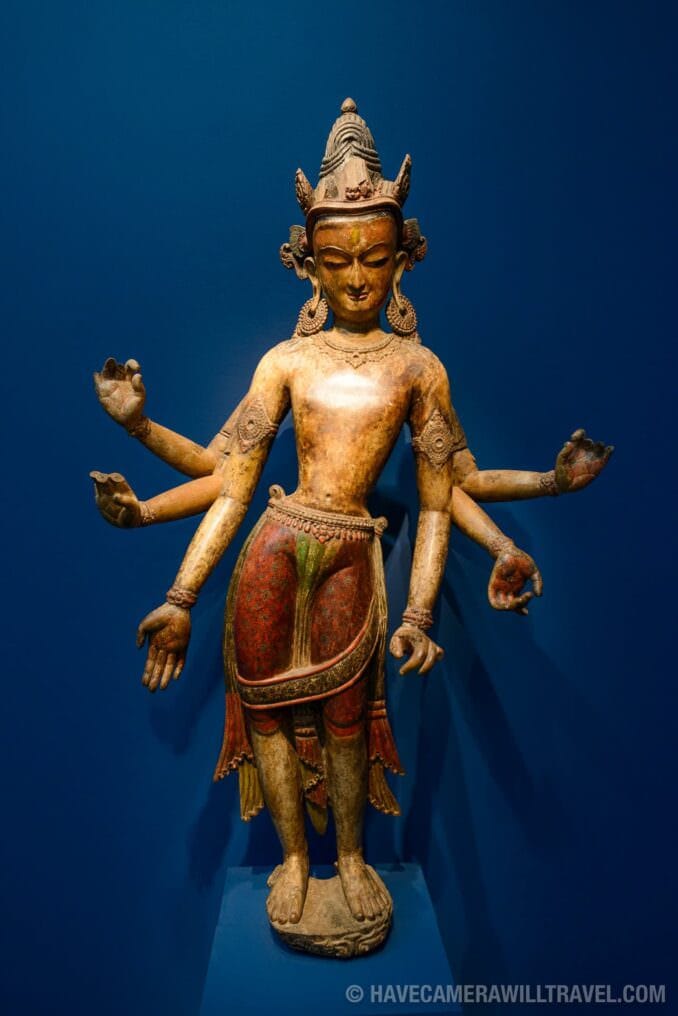 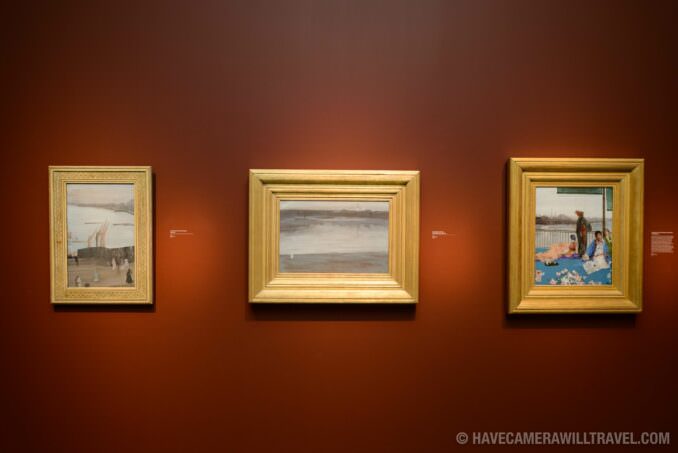 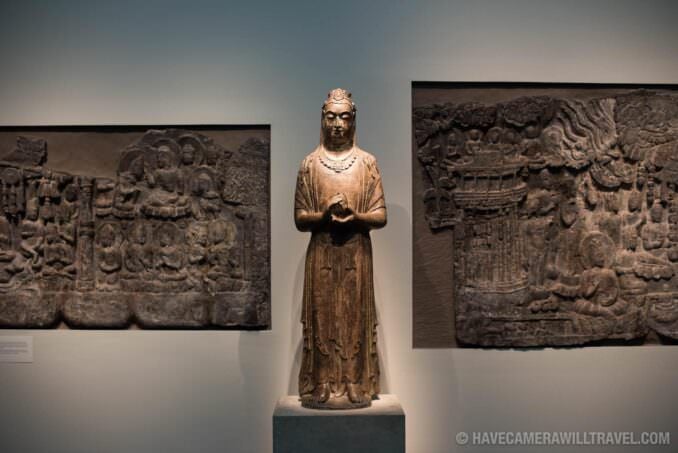 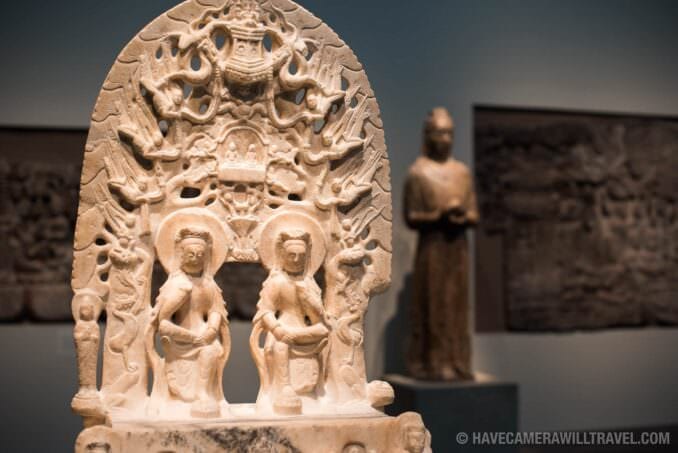 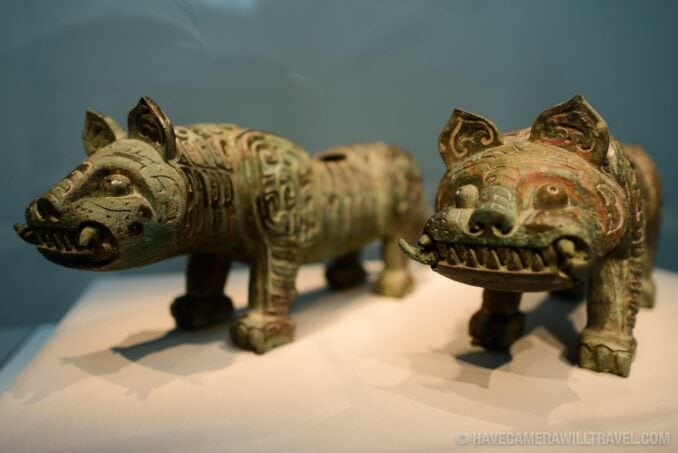 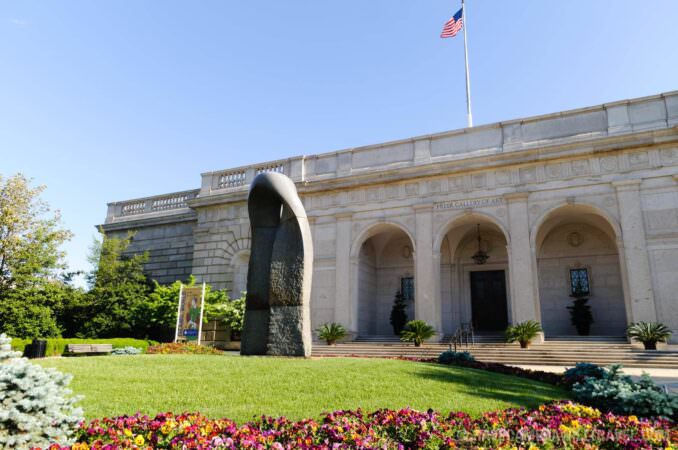 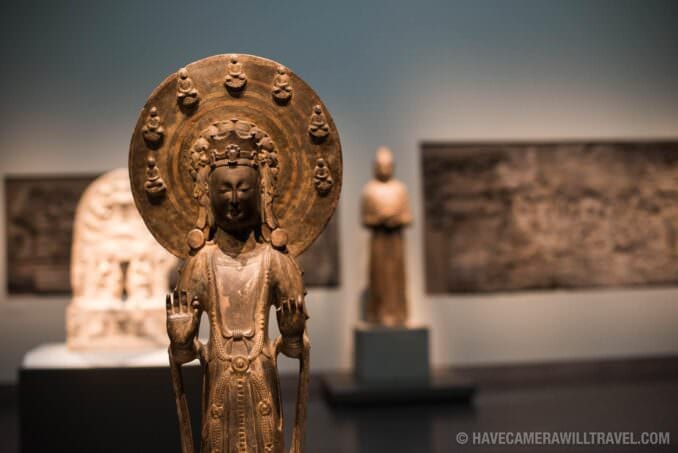 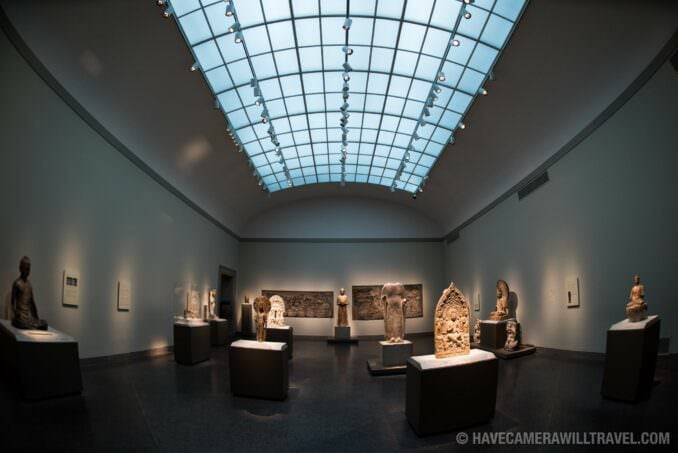 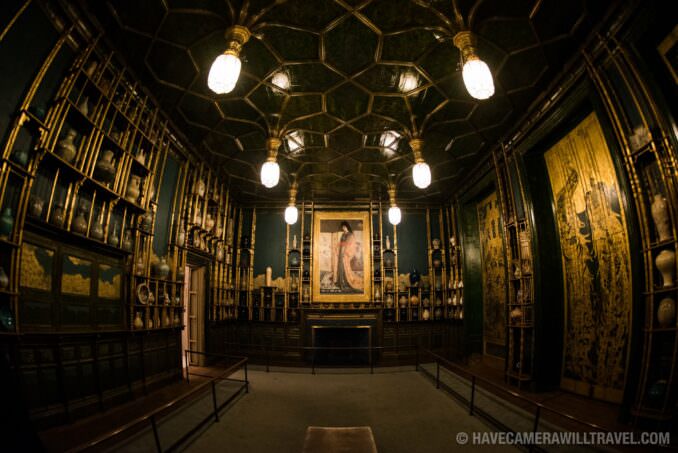 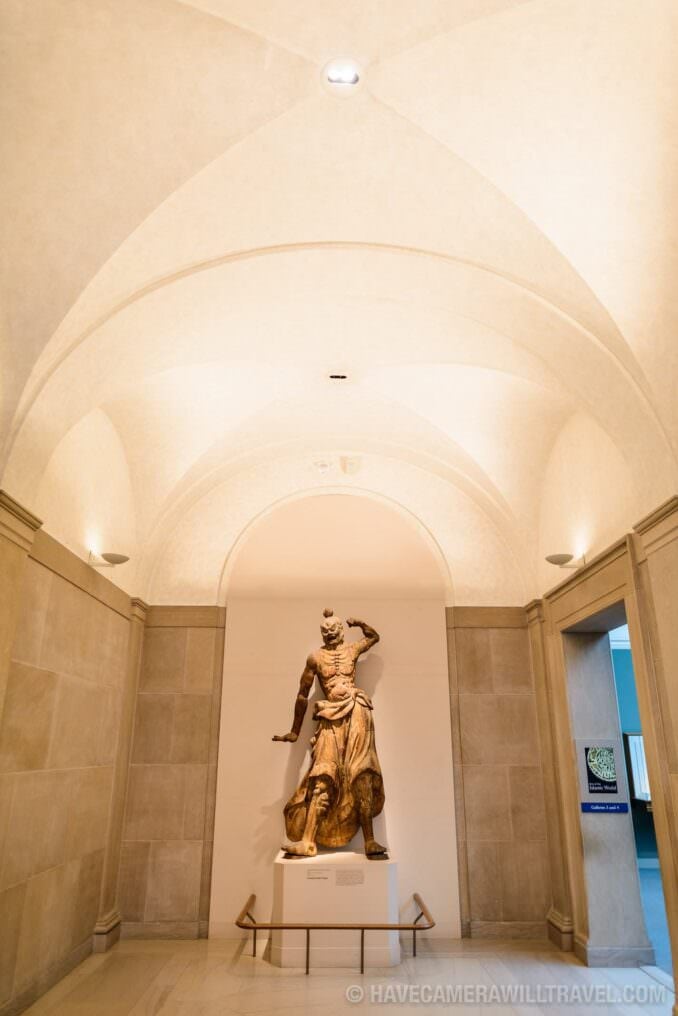 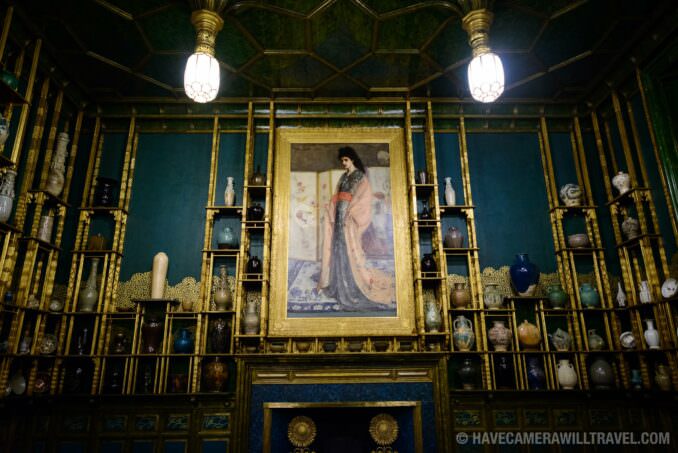 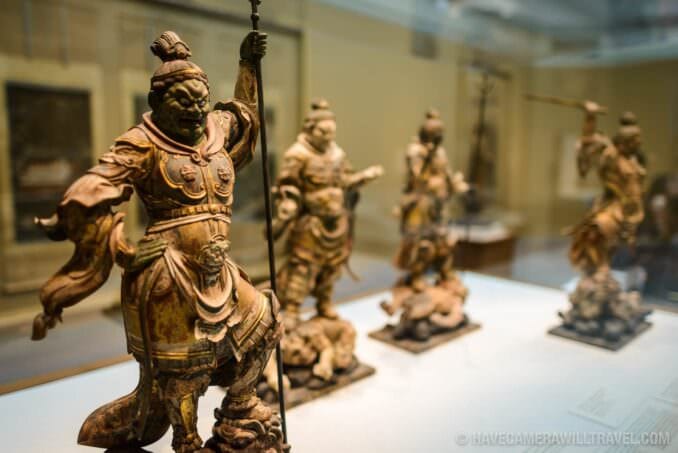 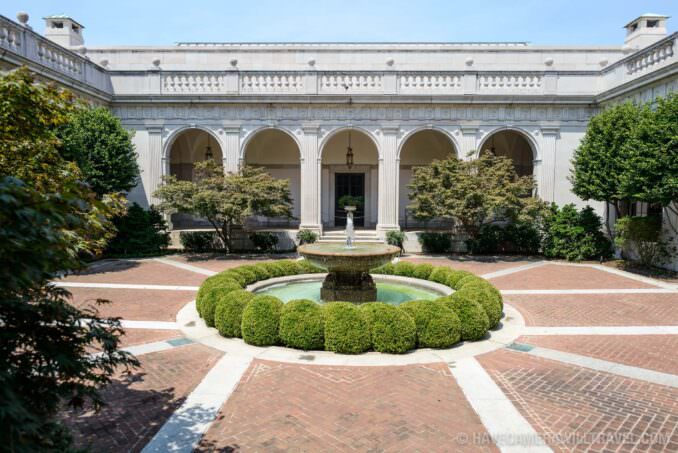 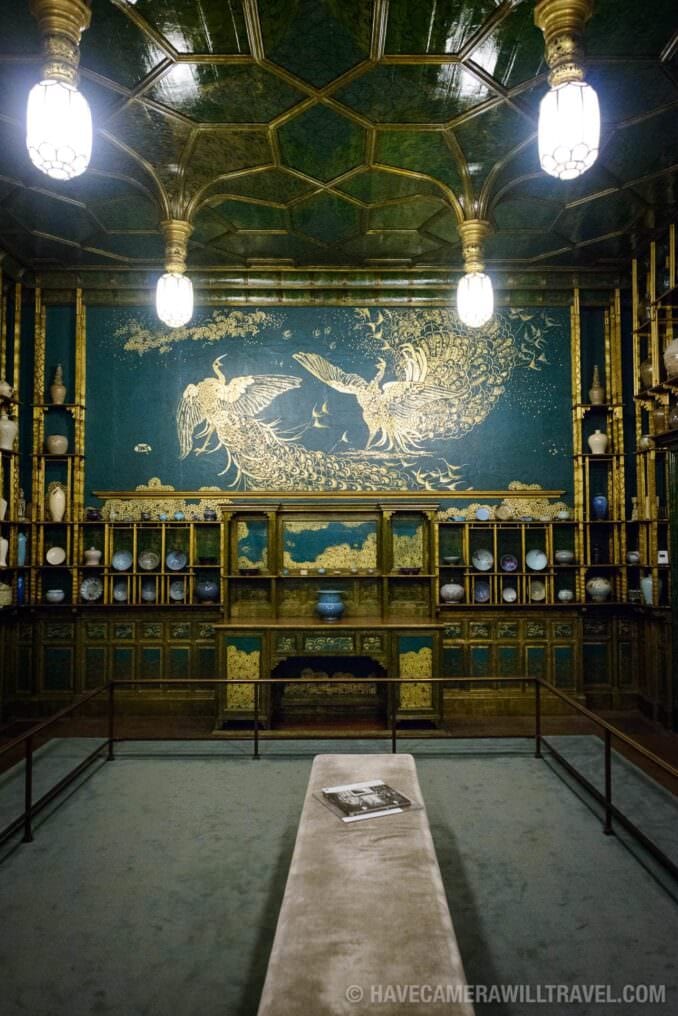 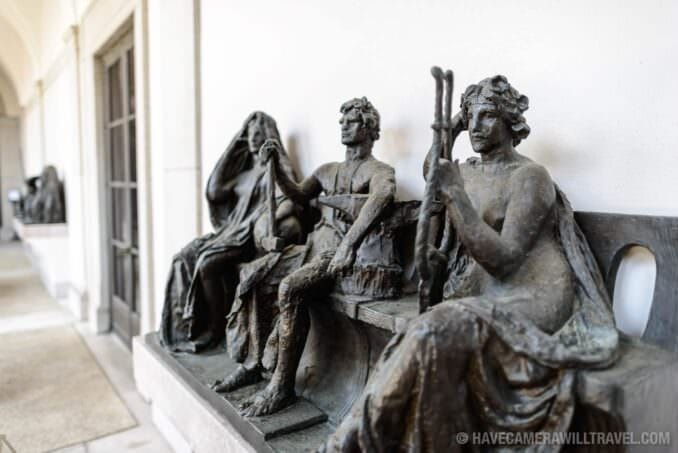 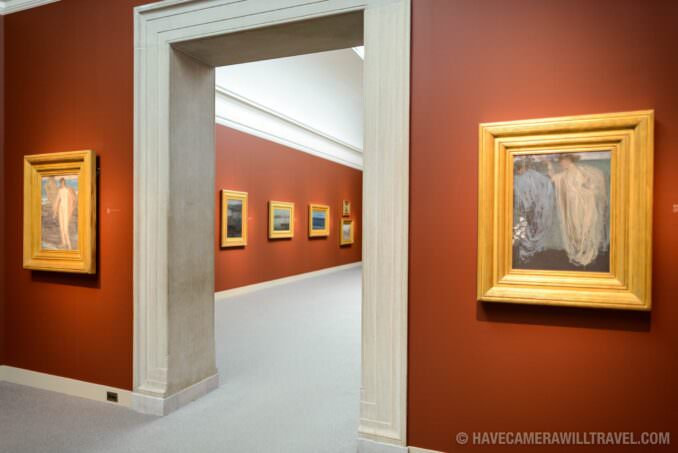 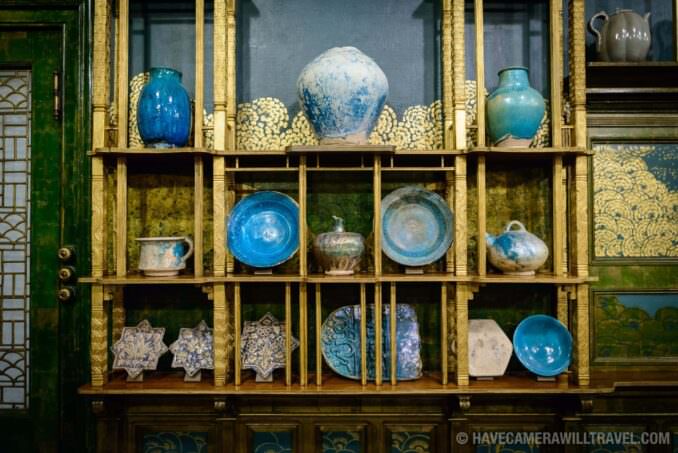 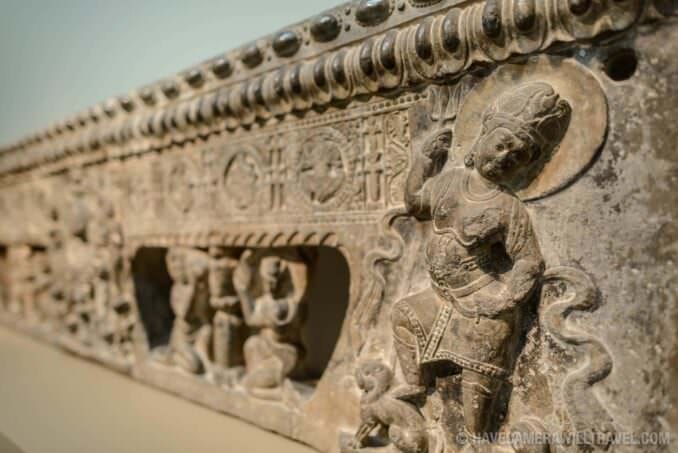 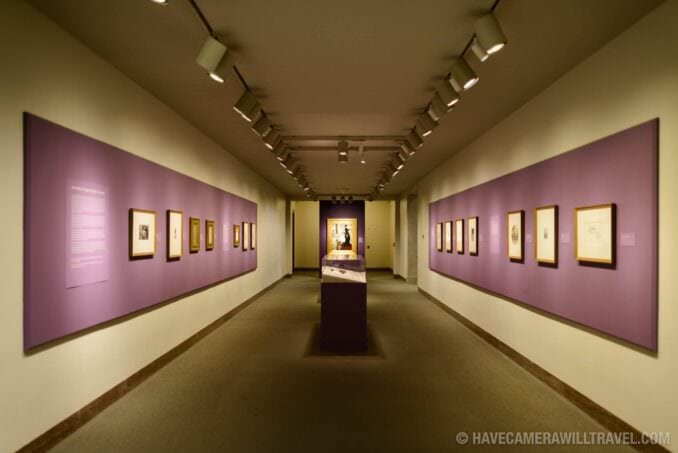 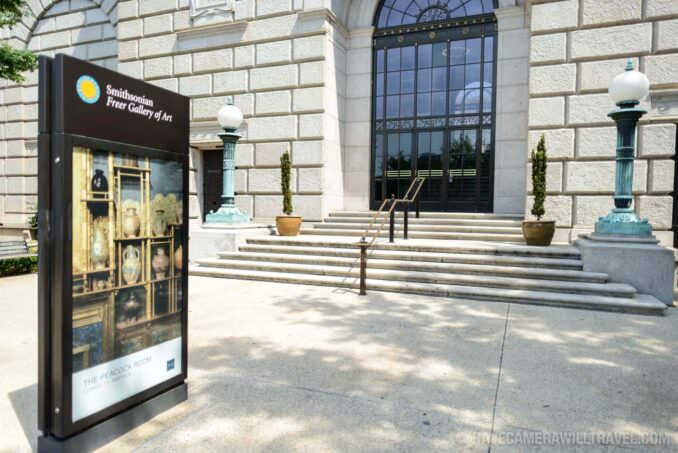 360° Virtual Tours of the Freer Gallery

Please note that these were taken before the recent renovation.

These are real photos, but they’re taken with a 360-degree camera and then manipulated in software for an ultra-fisheye look. They’re known as tiny planets or little planets. You can find more about them, along with more examples from around DC, here. 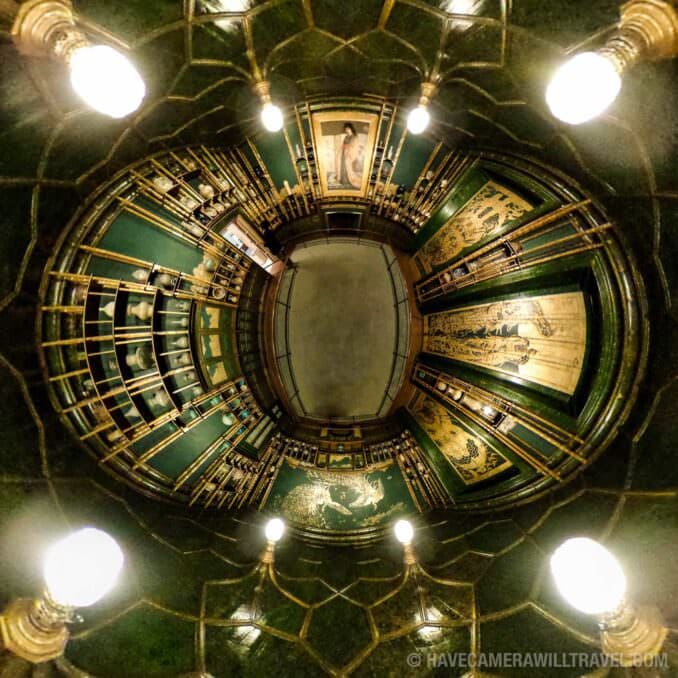 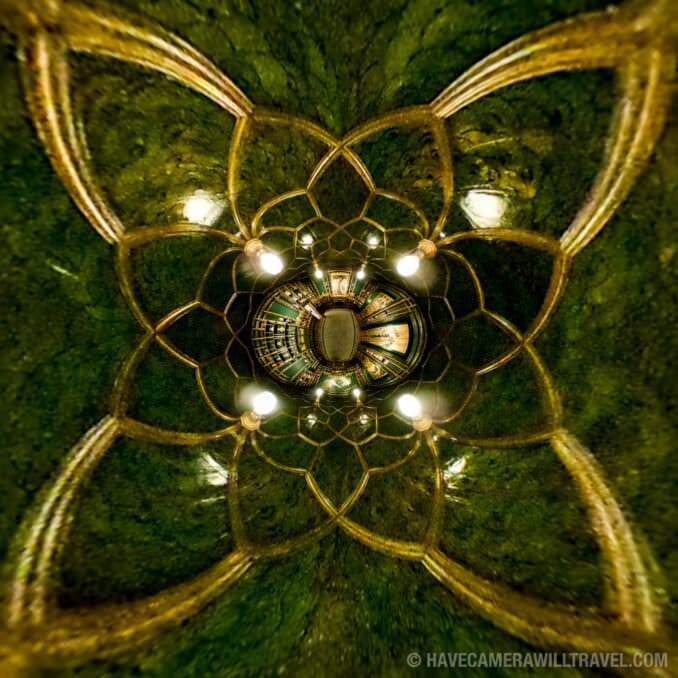 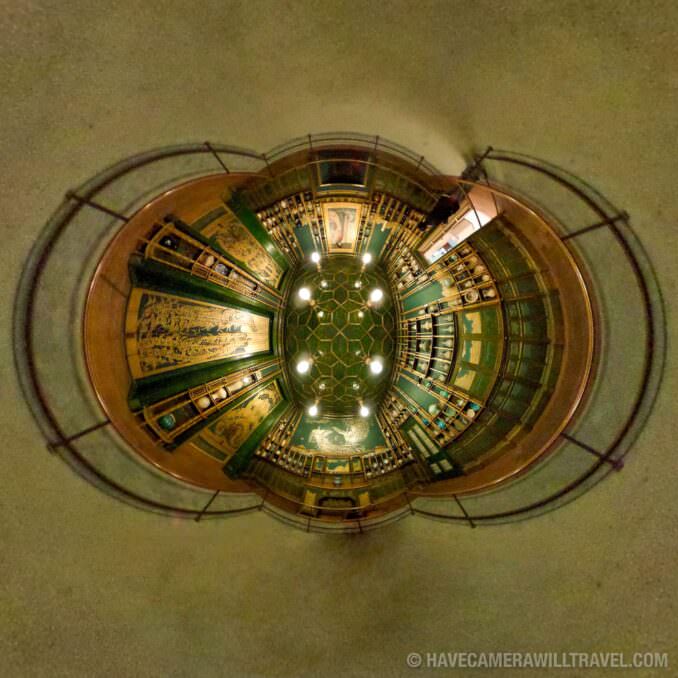 How to Get to the Freer Gallery

The Freer Gallery was recently closed while it underwent some major renovations. It reopened in mid-October 2017.

The museum is next to the Smithsonian Castle, between the National Mall and Independence Avenue. The cross street is 12th St SW.

From the National Mall, go just to the right of the Castle. There’s another entrance on Independence Avenue just to the left of the Enid A. Haupf Garden.

The closest metro stop is Smithsonian (Orange and Blue lines). L’Enfant Place (Orange, Blue, Yellow, and Green lines) is only a couple of blocks away. Depending on day of the week and time of day, there’s some on-street parking, but it’s best not to count on it.

It’s open 10-5:30 every day except Christmas Day. Admission is free.

Taking Photos at the Freer Gallery

For the most part, the gallery’s photography policies are very relaxed indeed. Tripods aren’t allowed for the usual safety reasons, but in most galleries–including the Peacock Room–use of flash is allowed. There are, however, some galleries where no photography is allowed, so check for signs in each (they’re not always as obvious as they might be).