The Smithsonian National Museum of American History, on the National Mall in Washington DC, is dedicated to all aspects of American history and culture. 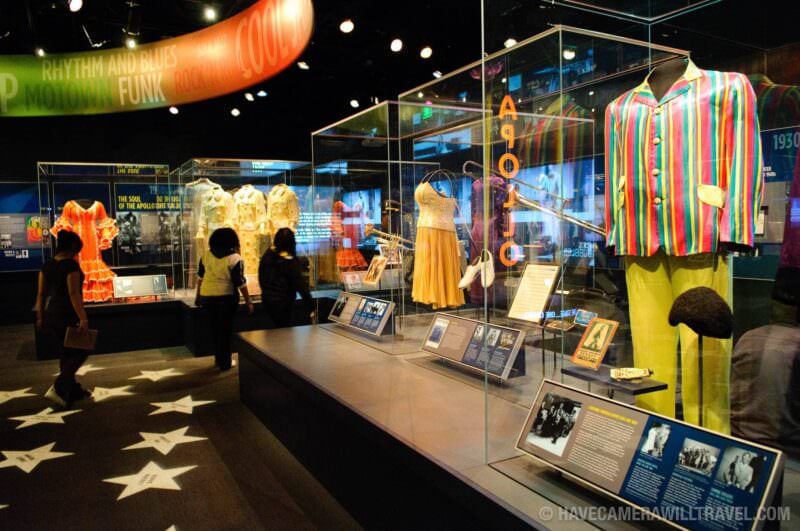 The Smithsonian Museum of America History is one of the world’s most-visited museums. It has been renovated in the past few years. Most of that renovation was basically a facelift, but the underlying building is what it is–a functional, but not especially pretty, exhibit space. It doesn’t have the grand foyer of the Natural History Museum, the massive atrium of the Smithsonian Museum of the American Indian, or the tranquil internal courtyard of the American Art and Portrait Gallery. What it has is a broad range of exhibits relating to American cultural, political, military, technological, and social history spread over three large floors (there’s also another half floor with a cafeteria, gift shop, and locker space).

Reflecting the diversity and complexity of American history, the exhibits here are eclectic. If you want to see Dorothy’s sparkly red shoes from the Wizard of Oz, Jerry Seinfeld’s puffy shirt, Julia Childs’ kitchen, models of historic American ships, exhibits on the growth of American suburbia, industrialization, pre-Columbian cultures, the Civil Rights struggle, dresses of the First Ladies, or a mix of other themes, episodes, and topics related to American history, this is your place. And occupying pride of place in the center of the museum is the massive Star Spangled Banner flag.

Photos of the Smithsonian’s National Museum of American History 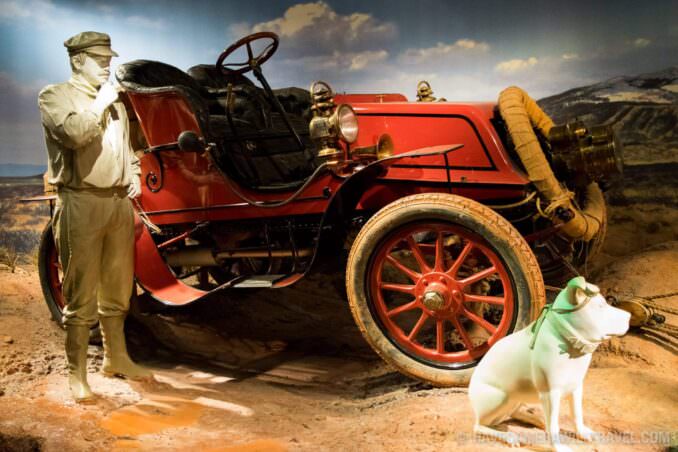 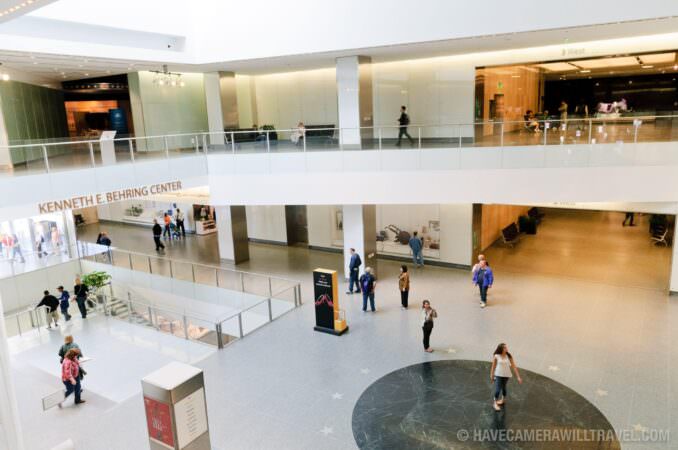 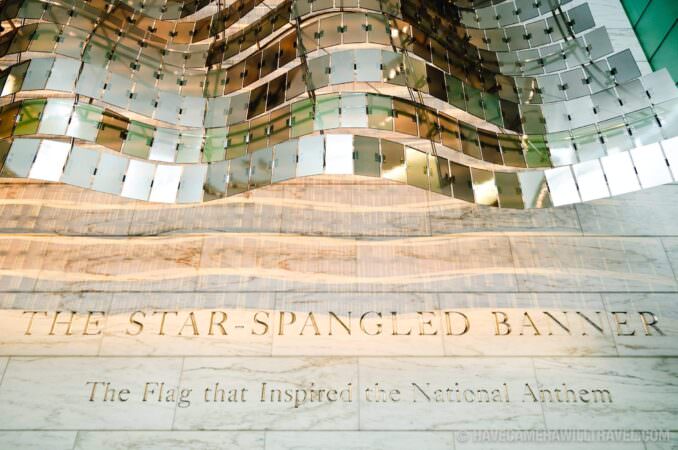 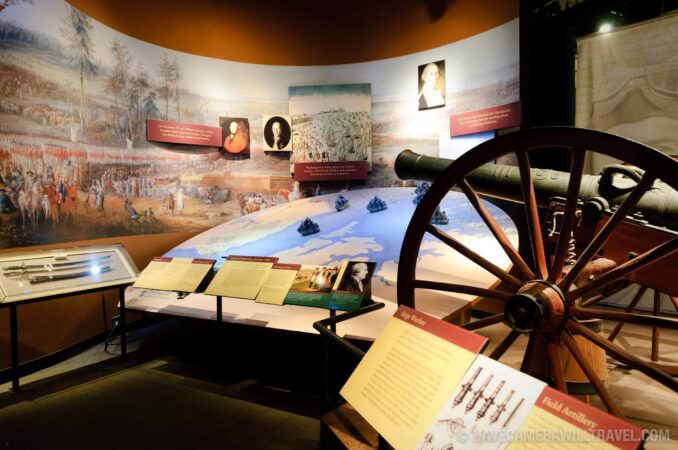 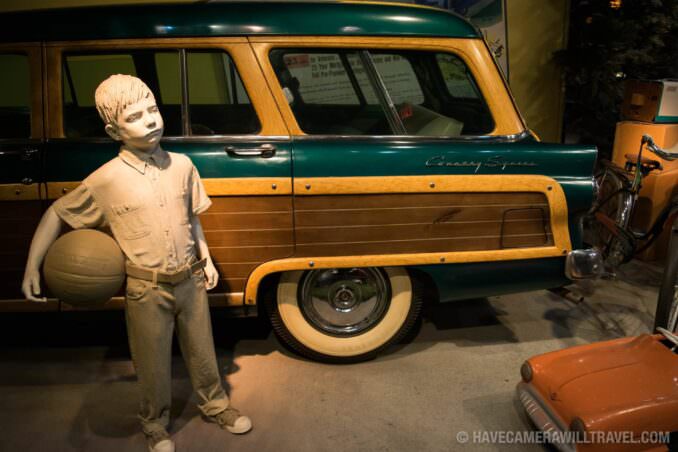 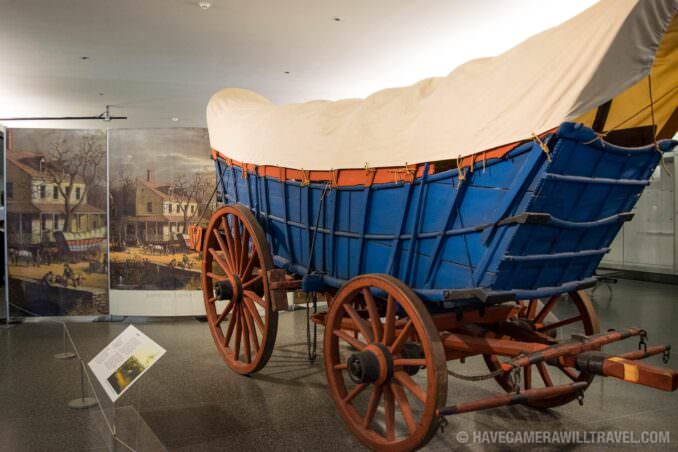 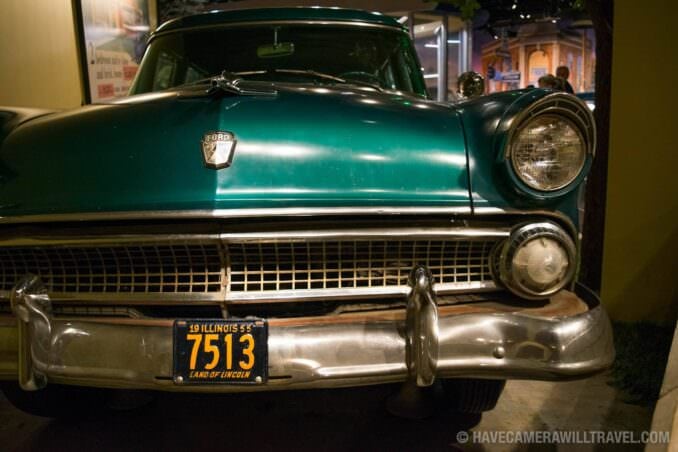 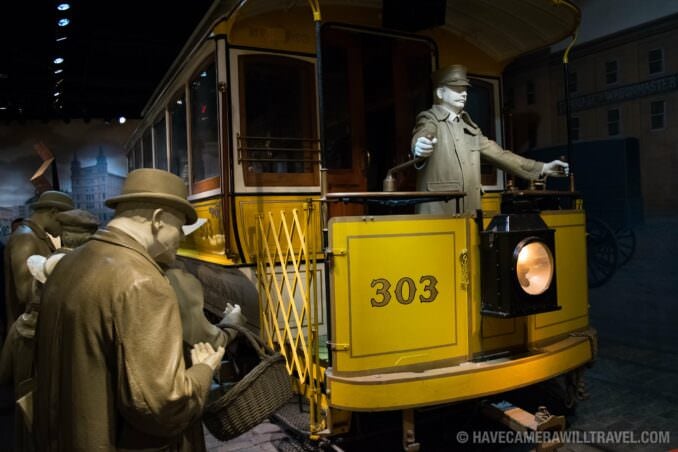 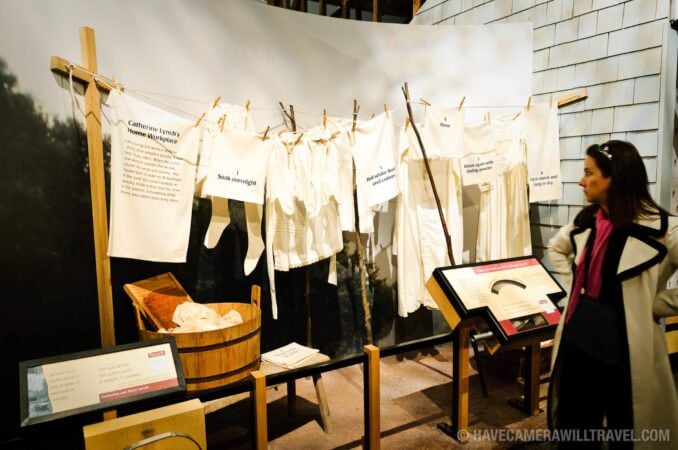 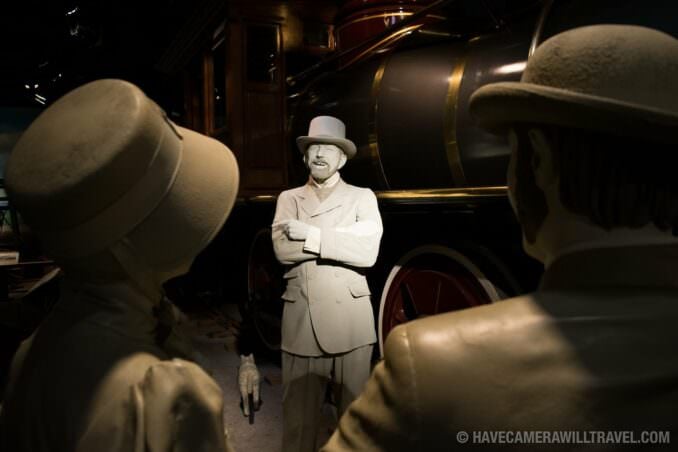 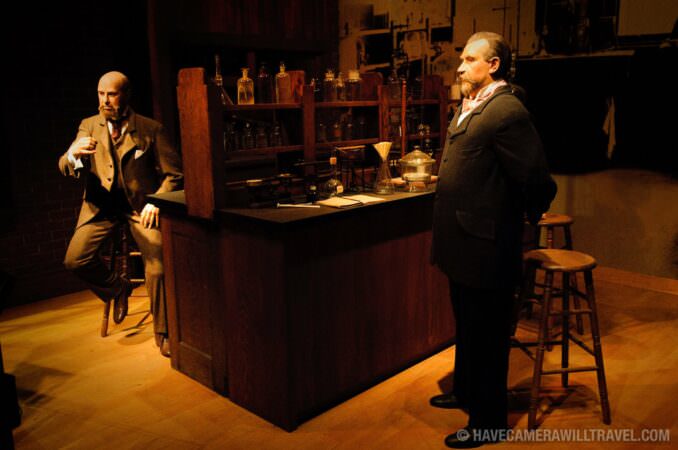 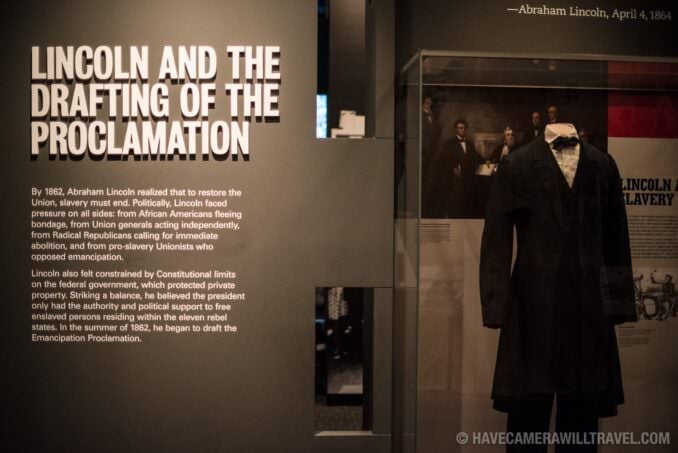 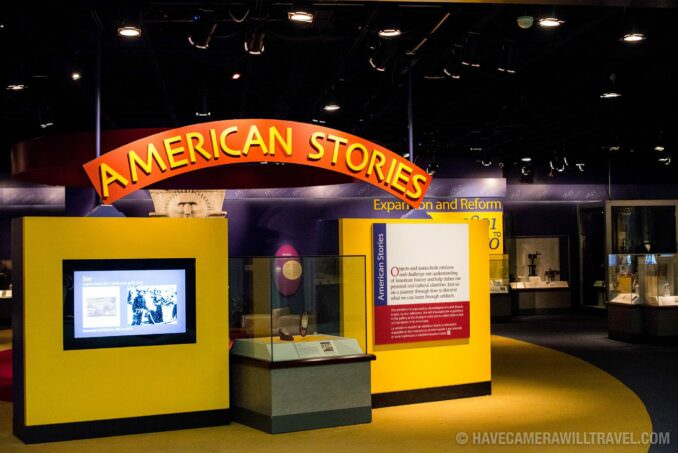 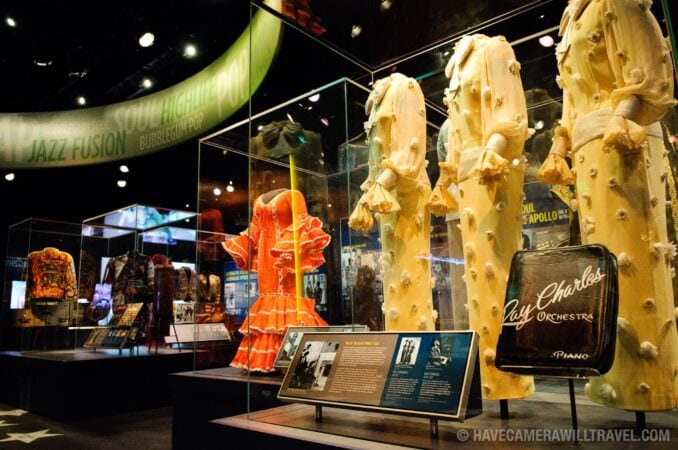 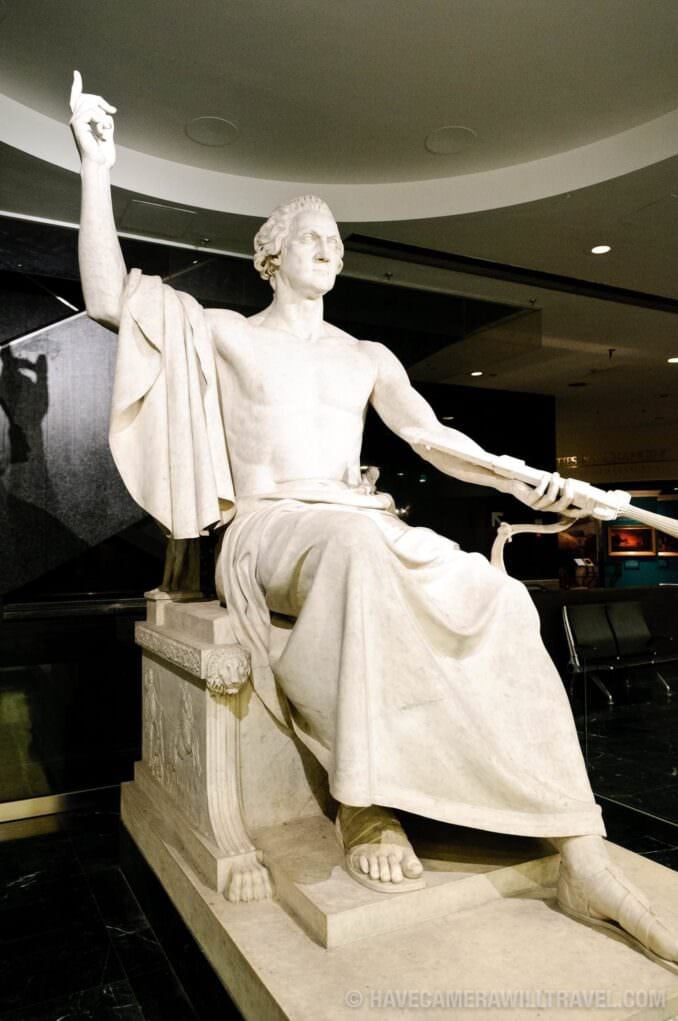 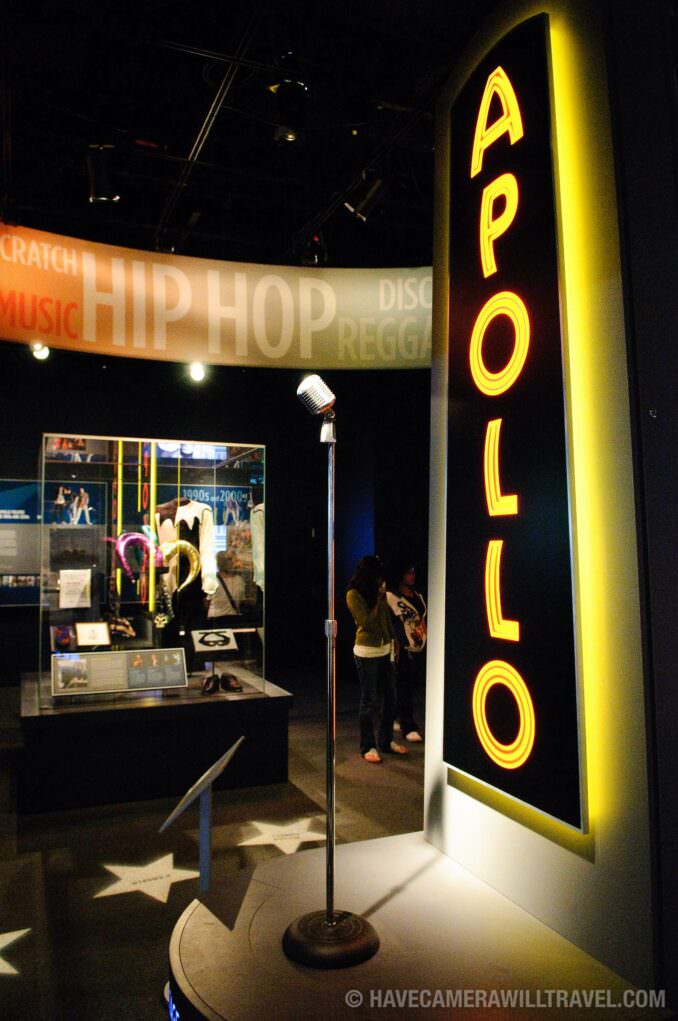 The Museum is on the northern side of the National Mall, next door to the Natural History Museum.

The Museum does not have its own parking lot. There are some spots on the streets nearby, but parking spaces can be hard to come by, and be sure to check the signs for when parking is allowed so that you don’t get towed. Overall, it’s much less hassle to go by Metro.

In general, personal photography is allowed.

Cameras are allowed. Flash is allowed in much of the museum, except where posted. No photography is allowed in the Star Spangled Banner exhibit. Tripods are not allowed.

You’ll pass through a security bag check on your way in; large bags should be checked in the self-service lockers on the lower level.

Many of the exhibits spaces are quite dark, so a high ISO is often called for.

A rolling renovation program means that there’s often some exhibit space that’s closed, but it’s usually a small fraction of the total.

You can find more of my photos from the Smithsonian National Museum of American History here.