The National Arboretum makes for a pleasant park, but its official mission is education and research. With 446 acres and 9.5 miles of meandering roads, it’s laid out as a very large park with paddocks, forested areas, ponds, and groves, lots of groves. 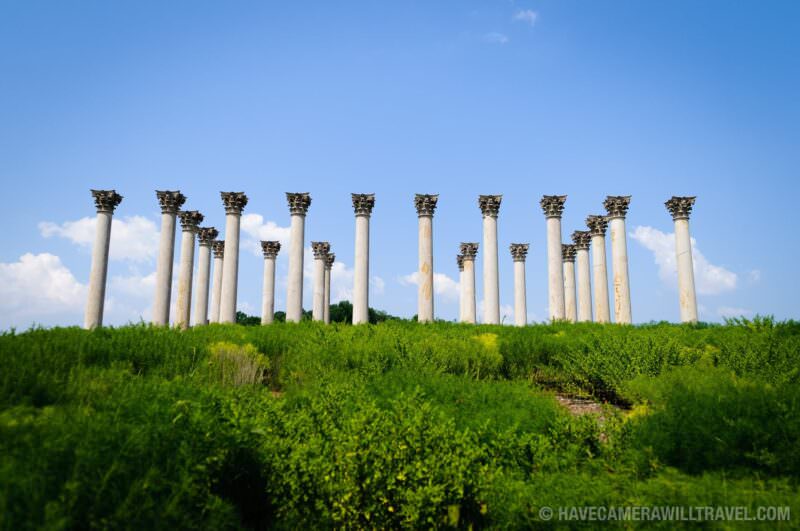 The National Arboretum makes for a pleasant park, but its official mission is education and research. It is, after all, run by the Department of Agriculture’s Agricultural Research Service. With 446 acres and 9.5 miles of meandering roads, it’s laid out as a very large park with paddocks, forested areas, ponds, and groves, lots of groves. If you have the slightest interest in gardening you’ll be delighted, but you’ll also love it if you’re just looking for a relaxing ride or walk in the countryside–in the middle of a major world city.

In addition to the areas focused on particular types of plants, like Fern Valley and the Azalea, Boxwood, and Dogwood collections, there are large Chinese and Japanese Bonsai collections, a herb garden, and a pond with koi.

And then there’s those columns. Looking a bit like part of the Acropolis has been transplanted half-way around the world, and having absolutely nothing to do with trees or plants or anything remotely agricultural, a cluster of 22 sandstone Corinthian columns sit in an exposed field. They once supported the roof of the US Capitol’s East Portico and were the backdrop of presidential inaugurations from Andrew Jackson in 1826 to Dwight Eisenhower in 1957 (inauguration ceremonies switched to the western side of the Capitol with Reagan’s 1981 swearing in). In 1958, work began on an extension to the Capitol and the columns were replaced by sturdier marble reproductions. The original columns were put into storage, 22 of the original 24 were salvaged in the 1980s, and then installed in a paddock in the National Arboretum. Which makes perfect sense . . . I guess. In Europe, there was once a quirky tradition of adding pseudo-Roman or Greek ruins to the grounds of castles, known as follies. Here it’s just a little bit odd. But it’s still fun to take photos of.

Photos of the National Arboretum 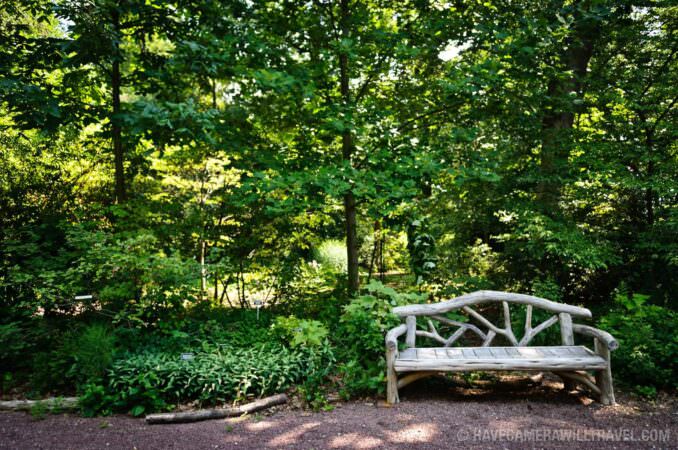 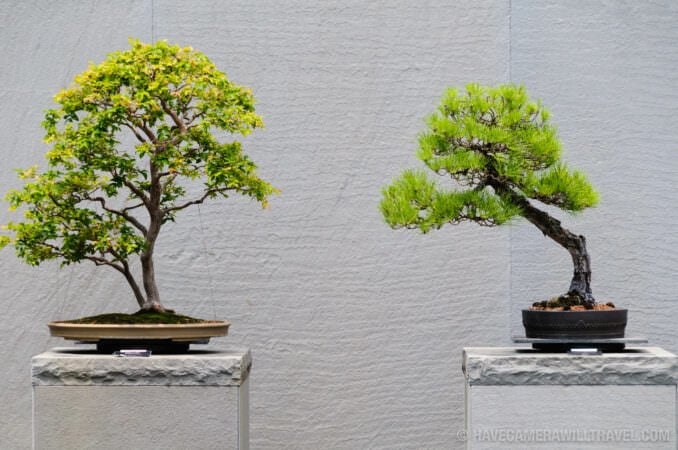 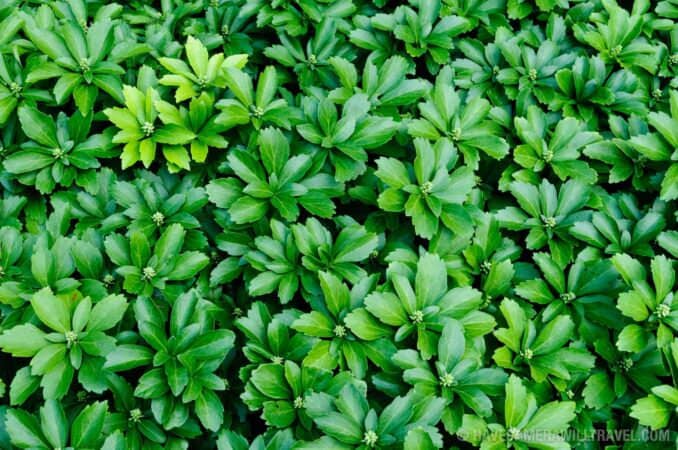 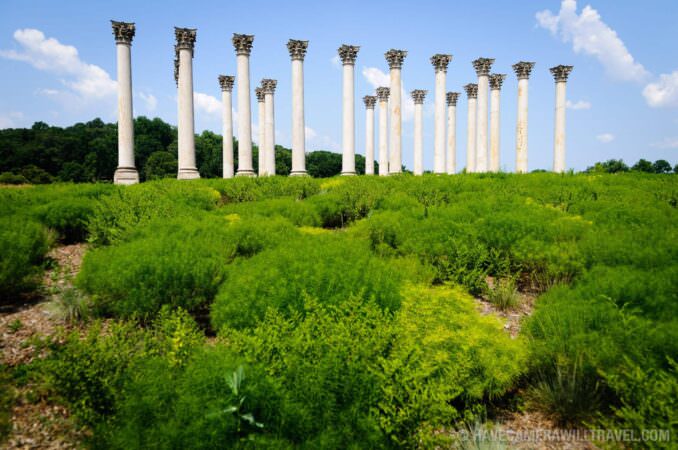 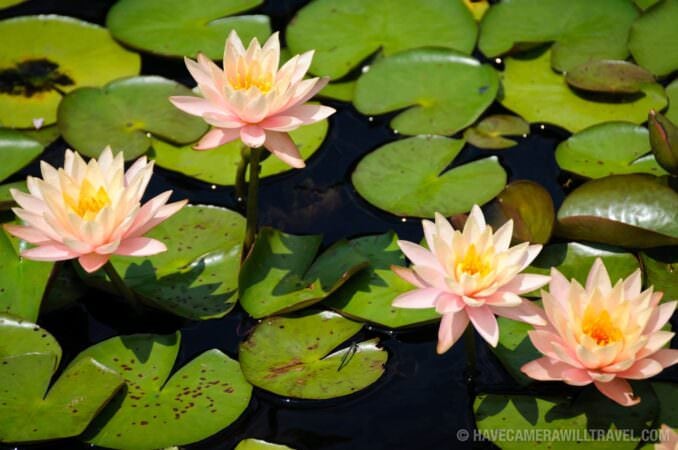 You can find the current opening hours on the official website.

The only really practical way to get there is by car. And with such a large spread of territory once you get there, having a car on hand will allow you to get around much easier. If you arrive by cab or arrive some other way, there is a trolley that does tours around the park so you’ll still be able to see things without walking for miles.

There’s no problem using a tripod or flash and you can wander about pretty much anywhere.

Naturally, the trees and plants are going to look quite different depending on what time of year you visit. You can find a general schedule of when the various plants at the Arboretum are blooming here.