The National World War II Memorial sits at the opposite end of the Reflecting Pool from the Lincoln Memorial and not far from the Washington Monument. 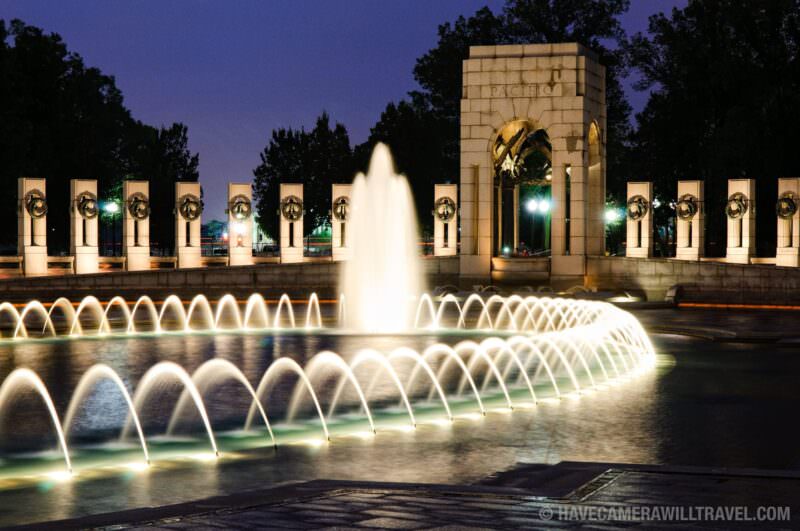 The National World War II Memorial commemorates the approximately 400,000 Americans who died in the Second World War. It sits at the opposite end of the Reflecting Pool from the Lincoln Memorial and not far from the Washington Monument. It was originally planned to be much larger, but even in the scaled-down version is still one of the larger monuments on the National Mall. It’s also one of the newer ones.

At the memorial’s heart is a large oval fountain. Around its edges are columns with each of the American states, and at each end is a large structure denoting the major theaters of combat, the Pacific and the Atlantic. On the western side is the Freedom Wall with 4,048 stars, each standing for approximately 100 Americans killed in the war. 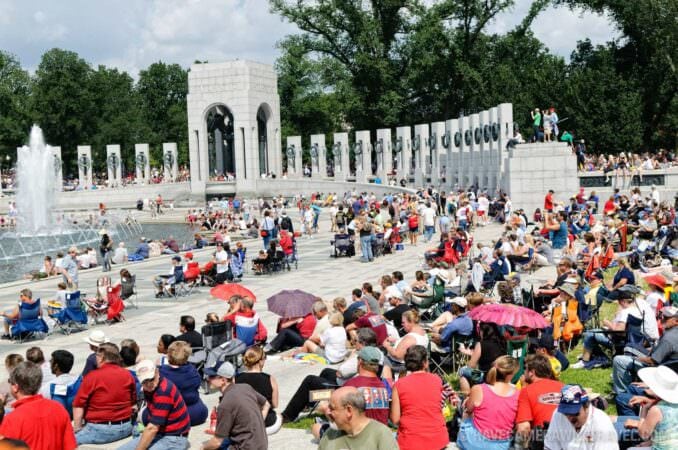 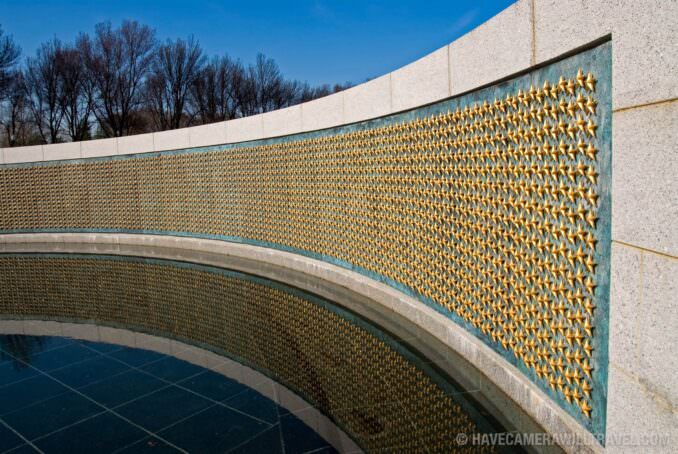 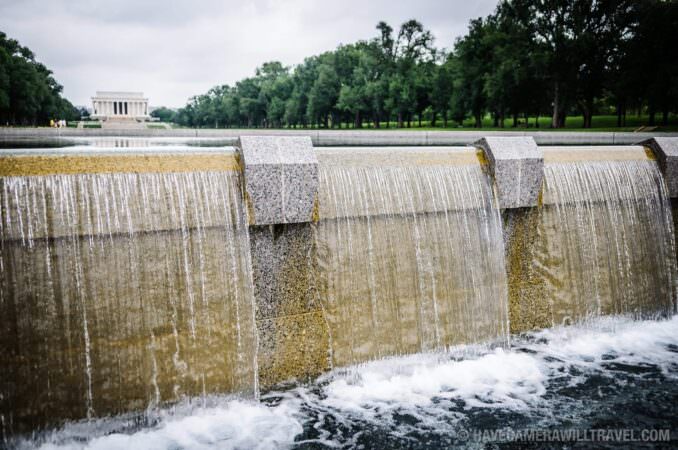 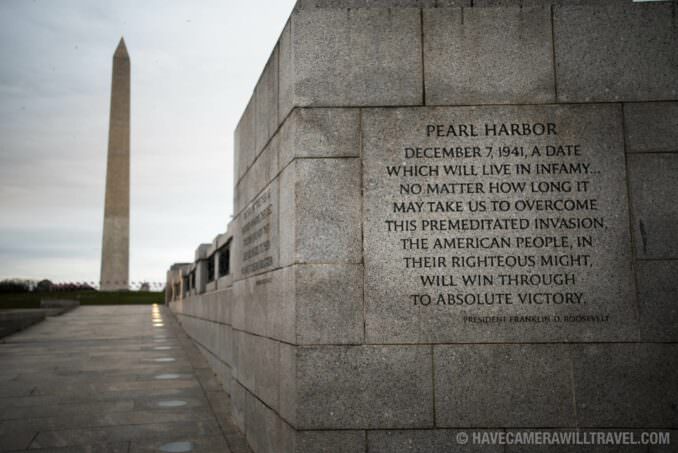 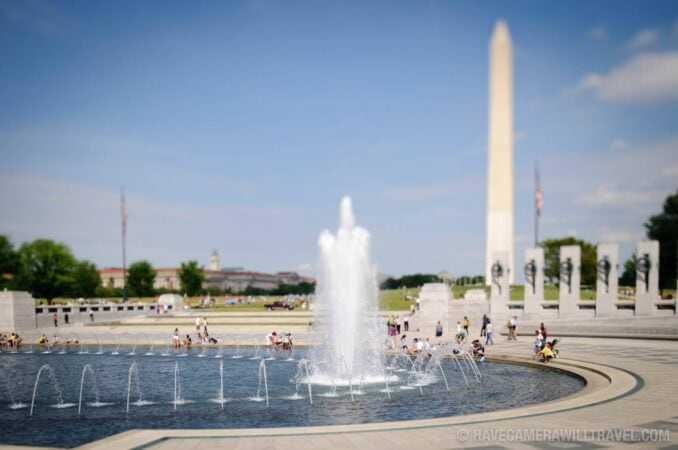 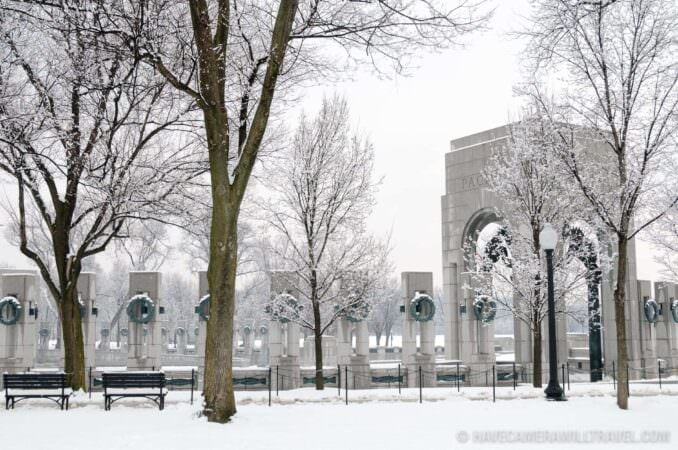 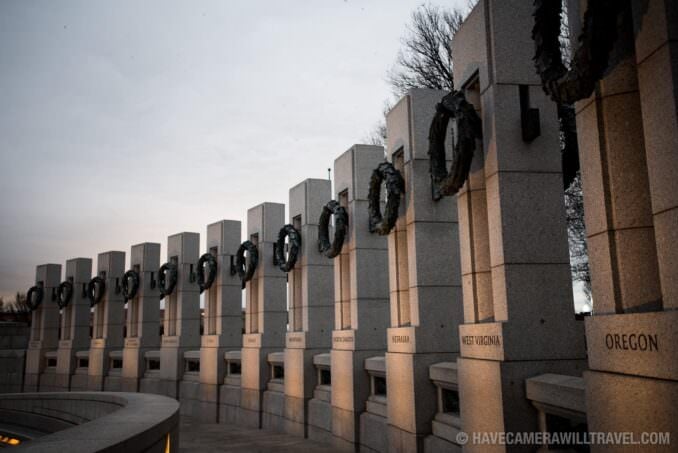 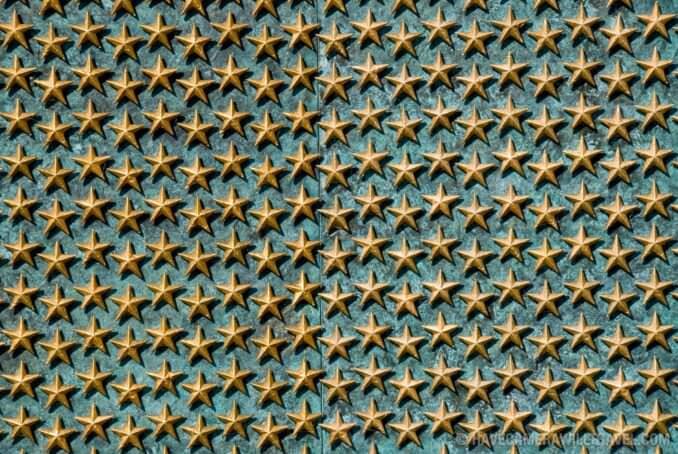 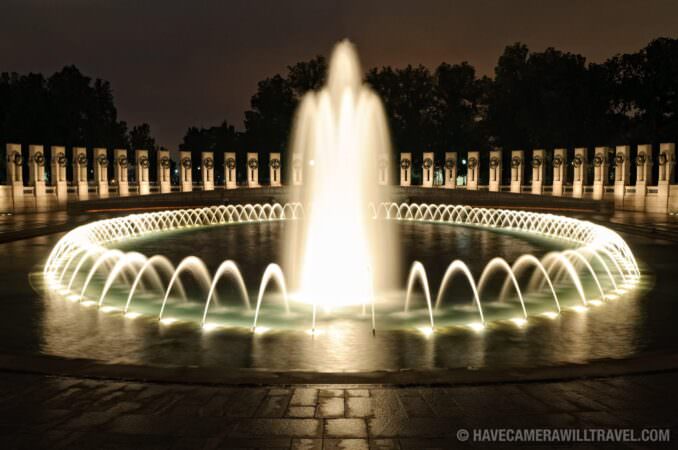 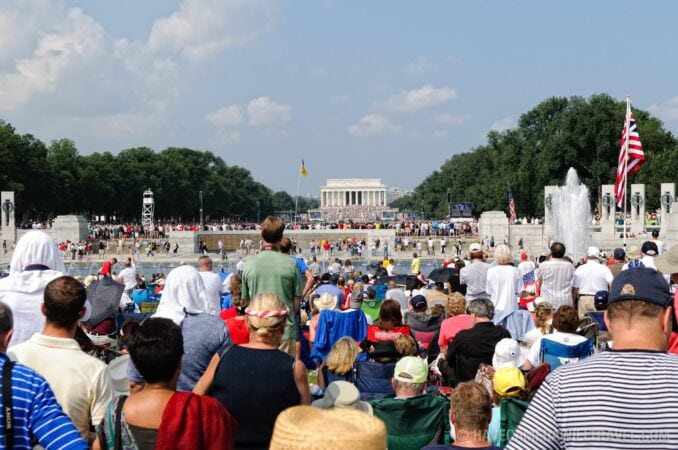 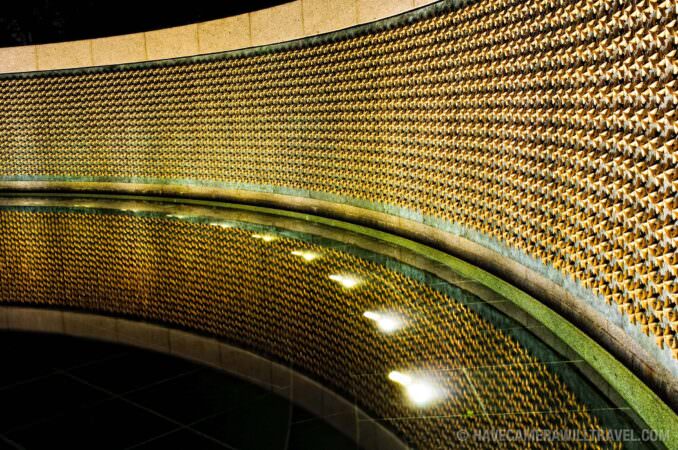 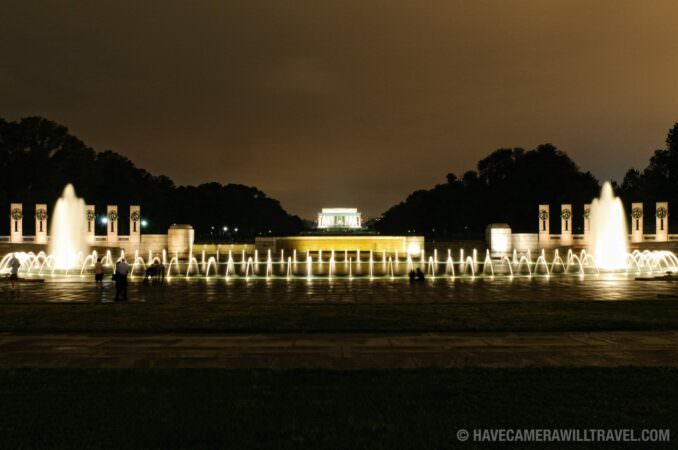 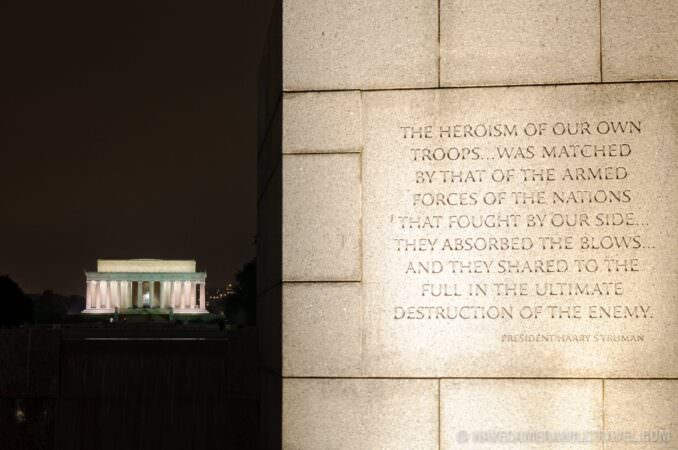 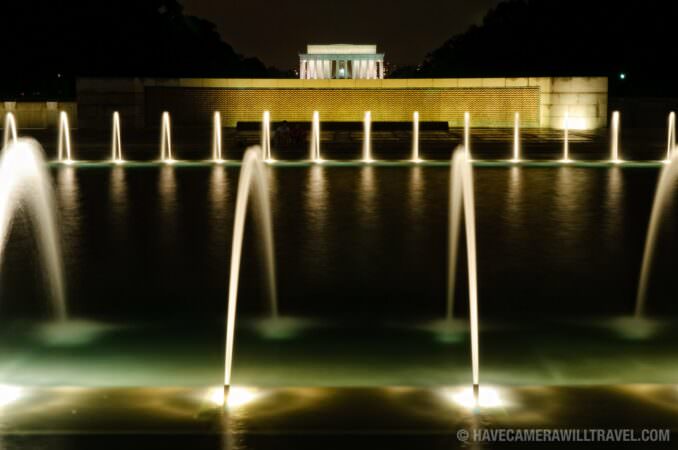 As with most of the National Mall, the most convenient Metro stop is the Smithsonian stop (0.7 miles) on the Orange line. Metro has a handy Trip Planner and here’s a map of the Metro lines.

There’s no parking right near the Memorial, although depending on the time of day there might be spots available along Constitution Avenue. Be sure to check the signs carefully, though, so as not to get towed. There’s often free parking along Hains Point, but that’s first-come-first-served, and you might end up with a long walk back to your car during the busy tourist season. And be warned that the roads around the Lincoln Memorial and National World War II Memorial can be confusing; it’s very easy to end up across the river in Arlington before you know it. If you’re coming from the Arlington side, another good option is to park at Arlington National Cemetery (check hours and parking fees) and walk across Memorial Bridge.

There are no entrance fees, reservations, or tickets.

The open-air monument is accessible all day and night. The fountain and columns are illuminated at night. There are no real restrictions on taking photos for personal use here. Tripods are allowed–with usual sensible precautions with so many people around–as is flash.

During winter, the fountains are turned off and drained.