The World War I Memorial near the Lincoln Memorial Reflecting Pool isn’t well known or much visited. It has been neglected and forgotten for decades but in the past few years has gotten some long-overdue attention. 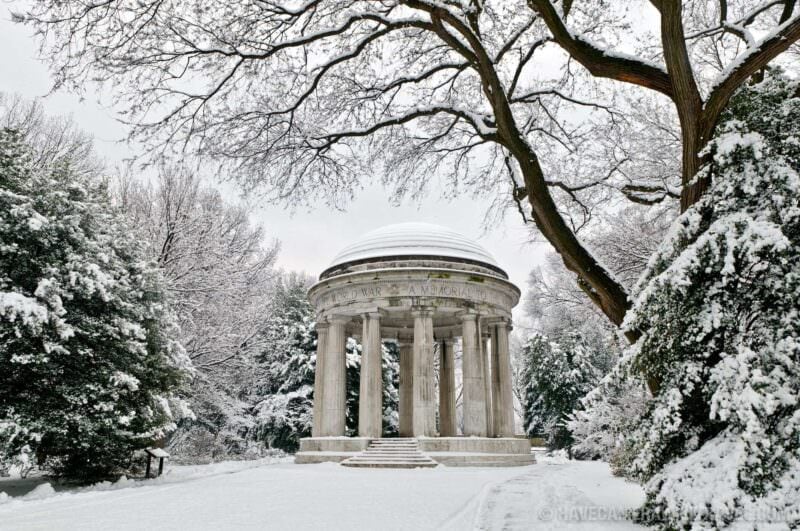 By David Coleman
Last Updated: October 19, 2020
Filed Under: Monuments & Landmarks
Topics: Lincoln Memorial Reflecting Pool, National Mall, Washington DC
This page refers to the District of Columbia World War I Memorial, which is on the southern side of the National Mall, near the Tidal Basin. A new National World War I Memorial is planned to go in Pershing Park, next to the White House. It was originally expected to open for the centennial of the end of World War I, in November 2018, but progress has been mired in controversy and a dedication has been pushed back to at least November 2021.

The District of Columbia World War I Memorial near the Lincoln Memorial Reflecting Pool isn’t well known or much visited. It has been neglected and forgotten for decades but in recent years it has finally gotten some long-overdue attention.

Shaped like a much smaller, much simpler version of the Jefferson Memorial, it was designed as a domed band stand. It was dedicated on Remembrance Day 1931, on the 11th hour of the 11th day in the 11th month. President Herbert Hoover was on hand for the ceremony, and the band was conducted by John Philip Sousa. Construction was paid for by Washington DC, including a fundraising drive that asked the District’s school students to donate 5 cents in exchange for a “535” badge denoting the number of Washingtonians who did not come back from the war.

The DC World War I Memorial was neglected for decades, but in recent years it has received some much-needed attention thanks to a $7.3 million grant from the American Recovery and Reinvestment Act. Landscaping has been upgraded, trees that had obscured access cleared, the cracked and fading stonework has been repaired and renovated, the lighting upgraded, and a small paved piazza on its southern front added in keeping with its 1930s vision.

The World War I Memorial is one of only three locations in the National Mall and Memorial Parks system where wedding ceremonies are permitted (with a permit). The others are the West Lawn of the Jefferson Memorial and the George Mason Memorial.

There are memorials on the National Mall commemorating those who served in World War II, the Vietnam War, and the Korean War, but there is no national memorial for those who served in World War I. It has not been for lack of trying, and it’s about to change. After 100 years a new National World War I Memorial has begun in Pershing Park, next to the White House. It’s expected to be opened to the public in 2018 for the hundredth anniversary of the end of World War I.

Photos of the DC World War I Memorial 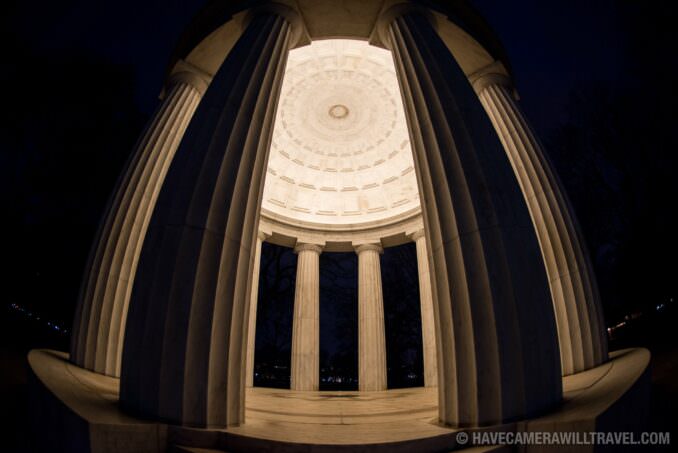 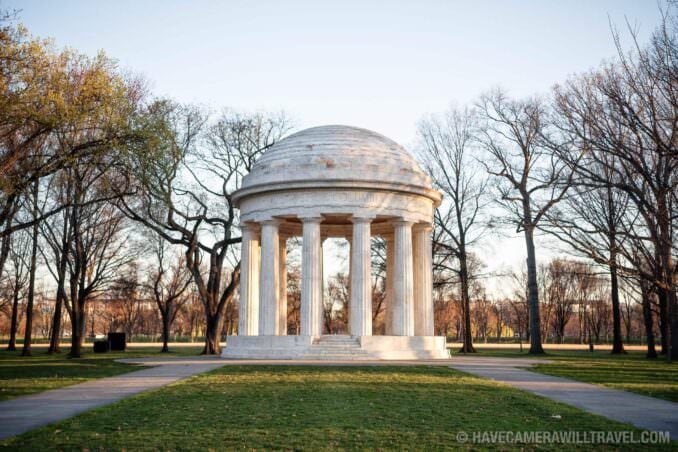 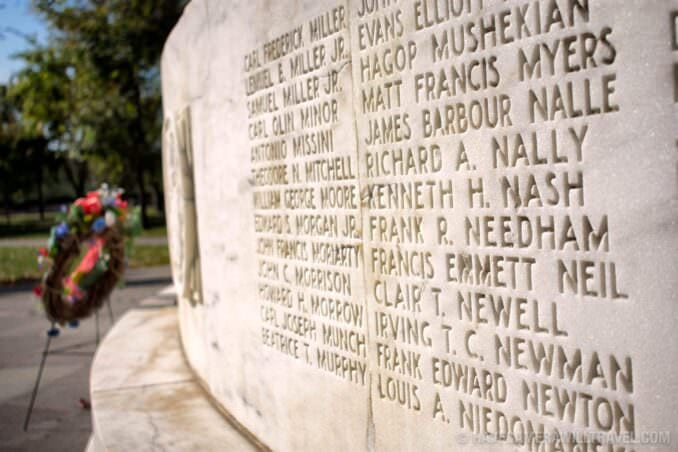 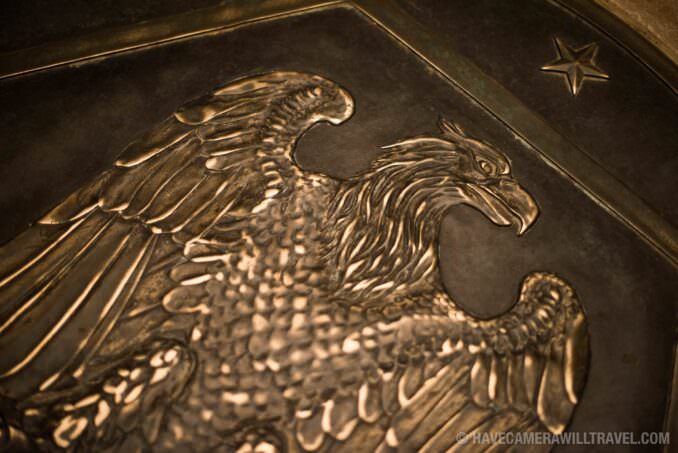 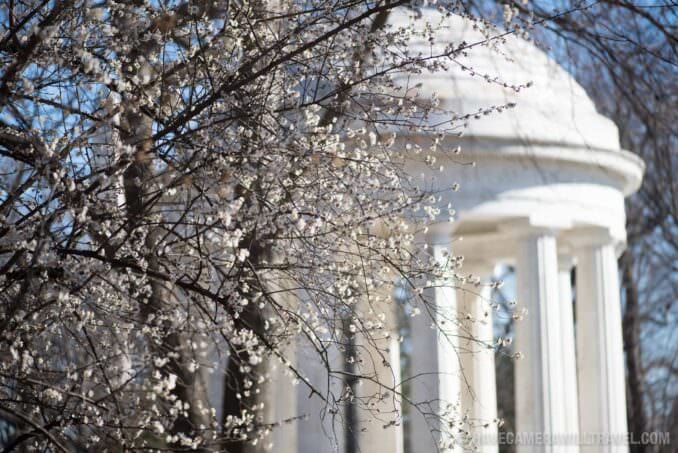 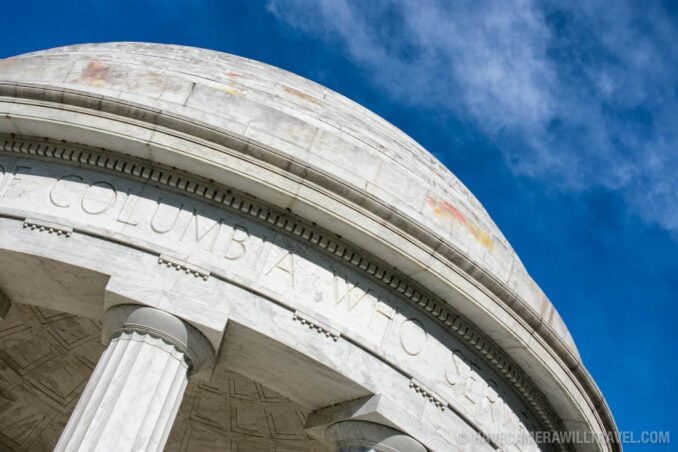 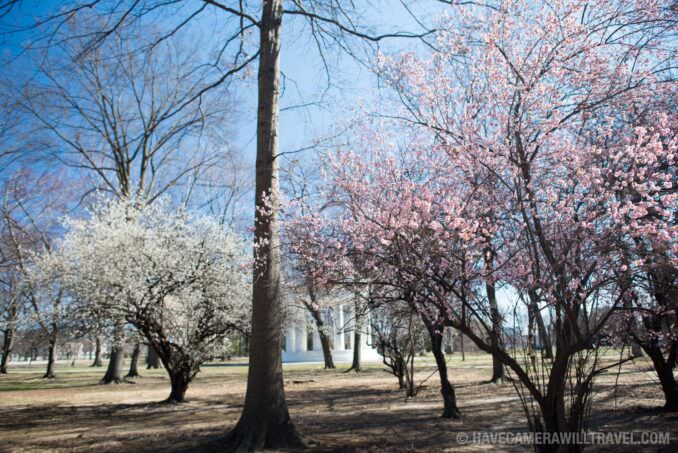 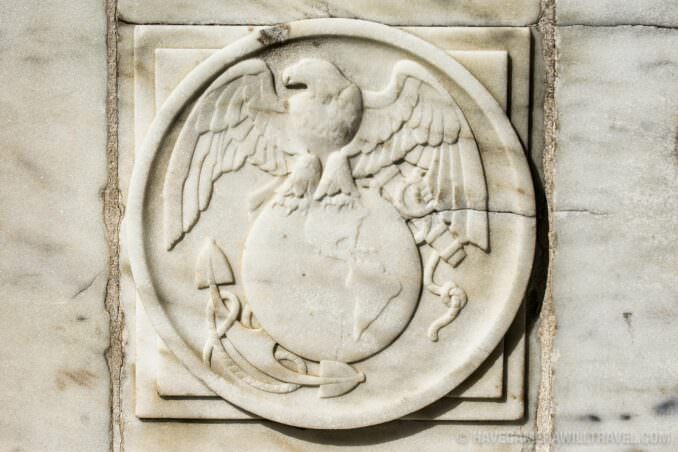 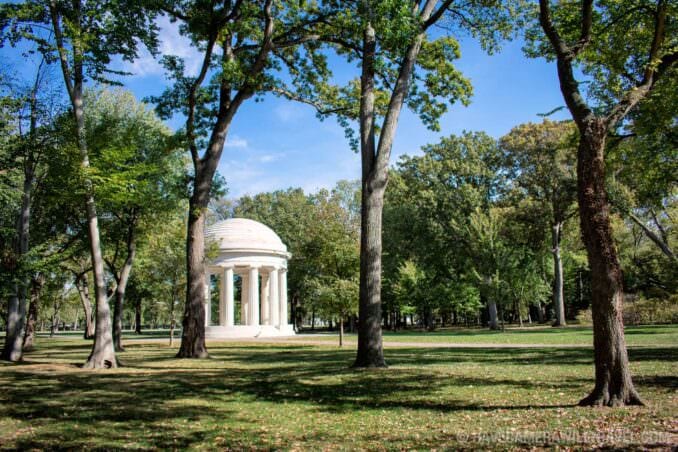 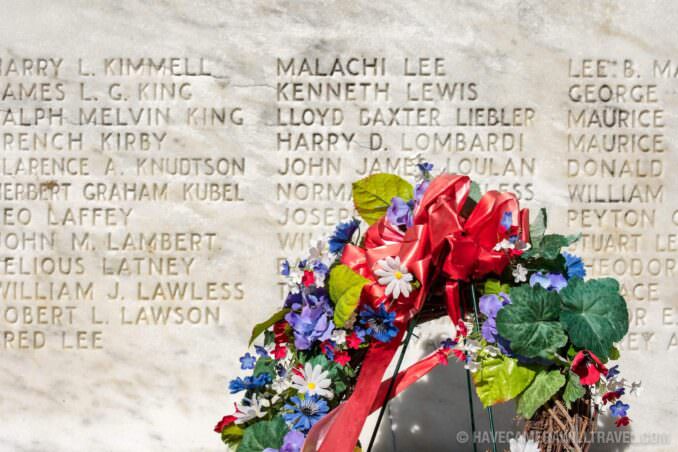 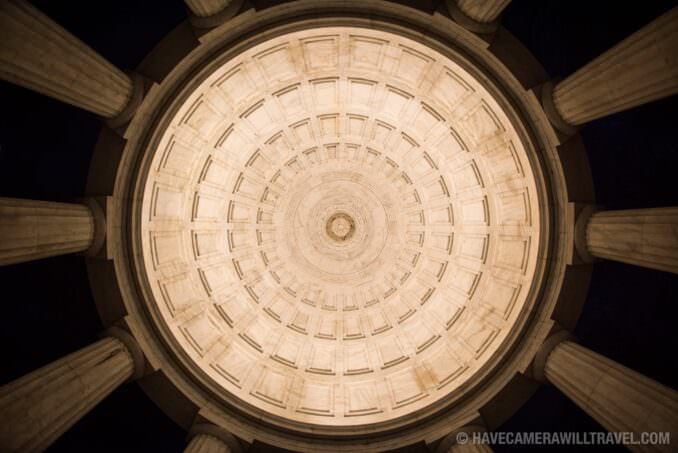 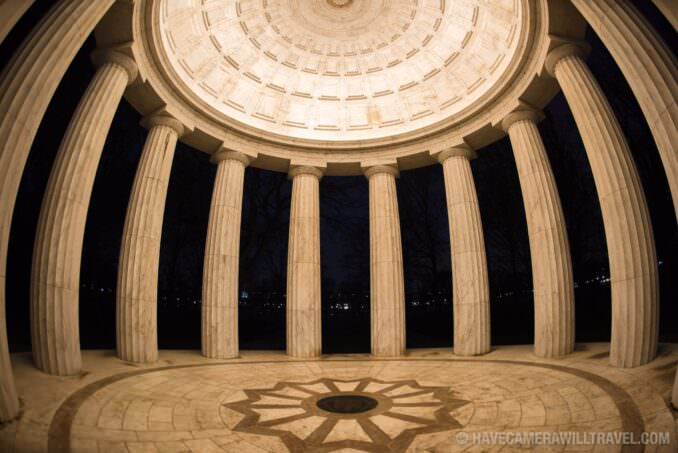 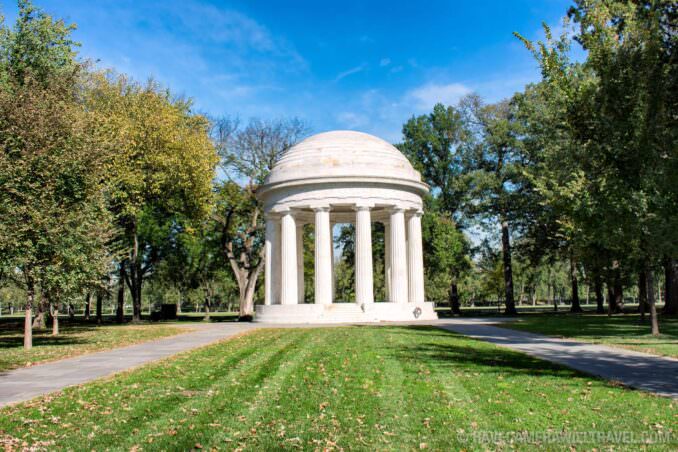 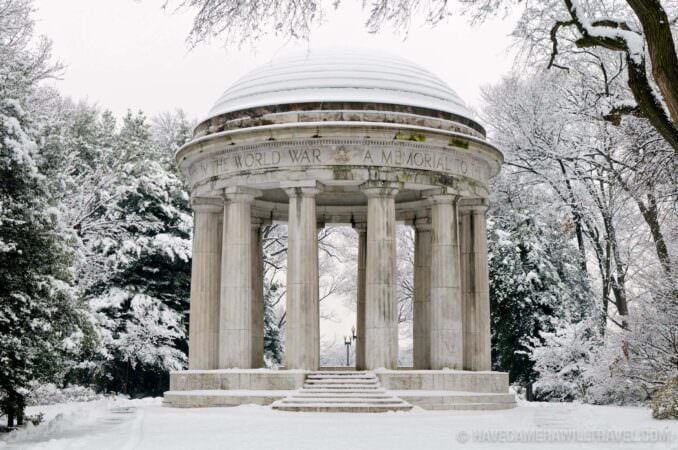 How to Get to the DC World War I Memorial

The World War I Memorial is directly across the street from the MLK Memorial.

As with most of the National Mall, the most convenient Metro stop is the Smithsonian stop (0.9 miles) on the Orange line. Metro has a handy Trip Planner and here’s a map of the Metro lines.

There’s no parking right near the Memorial, although there’s usually parking along the waterfront of West Potomac Park.

There are no entrance fees, reservations, or tickets for the World War I Memorial.

Taking Photos at the DC World War I Memorial

The World War I Memorial is accessible all day and night. There’s no problem using a tripod or flash. It’s very rarely crowded, and you’ll often have it to yourself.

Commercial shoots may require a permit