The John Ericsson Memorial is tucked away down on the bank of the Potomac, not far from the Lincoln Memorial. It commemorates the inventor of the USS Monitor, a technological breakthrough during the Civil War.

It’s definitely not one of the better-known memorials. And it’s nowhere near the grandest. Unless you were looking for it, you probably wouldn’t even notice it. It’s tucked away on a small traffic island down on the bank of the Potomac, not far from the Lincoln Memorial. But being close to both is quite deliberate.

John Ericsson is hardly a household name, but if you’ve ever studied the American Civil War, chances are you’ve come across his handiwork. It was Ericsson, a naval and military engineer, who designed the USS Monitor, the iron-clad floating tank that finally neutralized the South’s naval advantage in the Virginia, a ship that had been wreaking havoc on Northern vessels. The USS Monitor was ugly, but it was effective. It was a prototype for naval innovations that became integrated in President Abraham Lincoln’s naval forces.

Ericsson’s more enduring legacy wasn’t so much the design of a brute of a ship, though, but rather in designing a workable system for a stern-mounted propeller, a technological breakthrough that had profound influence on just about any powered boat that has come since.

The memorial, strategically placed next to both the Potomac and the Lincoln Memorial, is constructed from the same pink granite from Milford, Massachusetts, that was used in the Lincoln Memorial. The memorial was dedicated on May 29, 1926, with President Calvin Coolidge and Swedish Crown Prince Gustav in attendance. It was designed by architect Albert Randolph Ross and sculpted by James Earle Fraser.

In a nod to Ericsson’s birthplace–Sweden–there are nordic elements on the memorial. A Viking representing Adventure stands with his back to a Nordic Tree of Life. He’s joined by two other figures, a female figure representing Vision and an American ironworker as Labor. Ericsson himself sits, gazing thoughtfully.

Photos of the John Ericsson Memorial 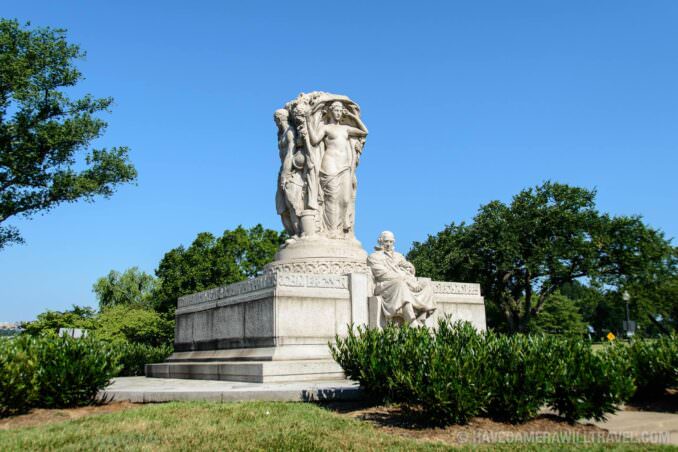 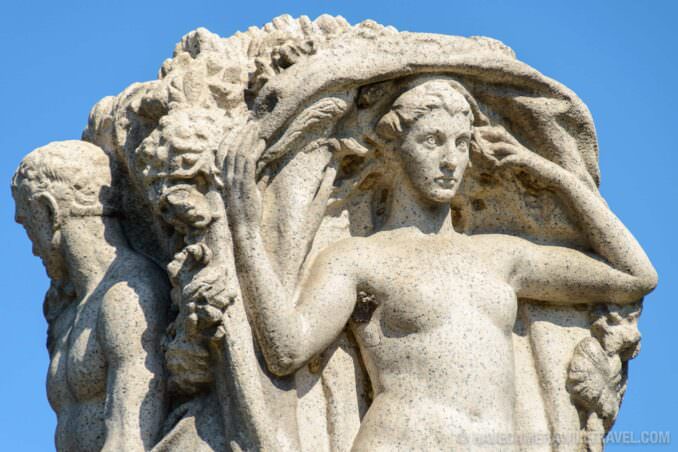 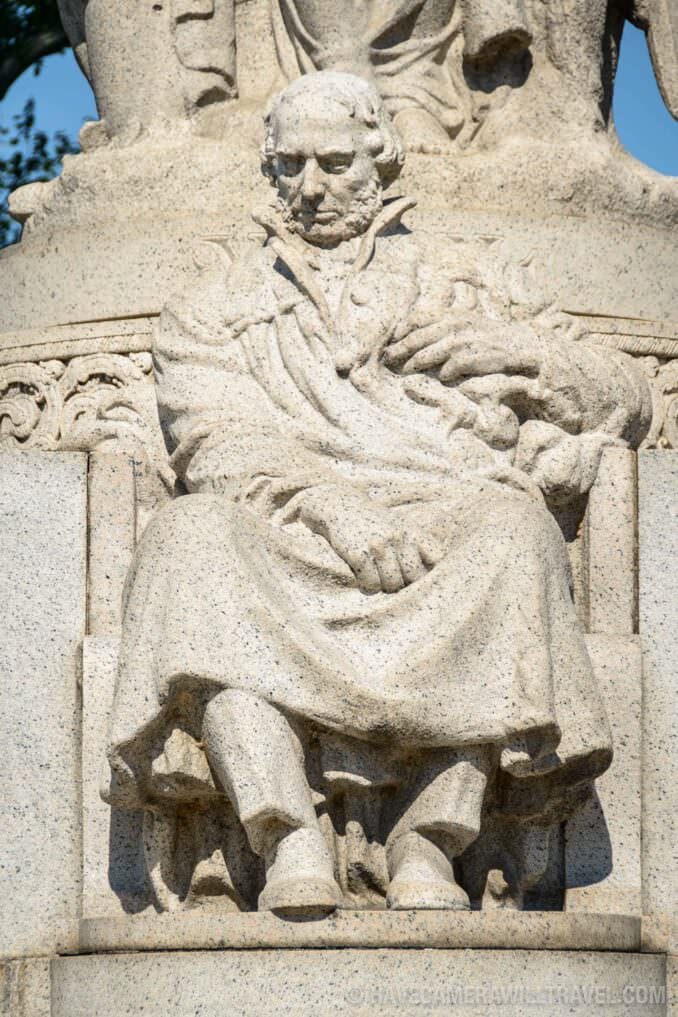 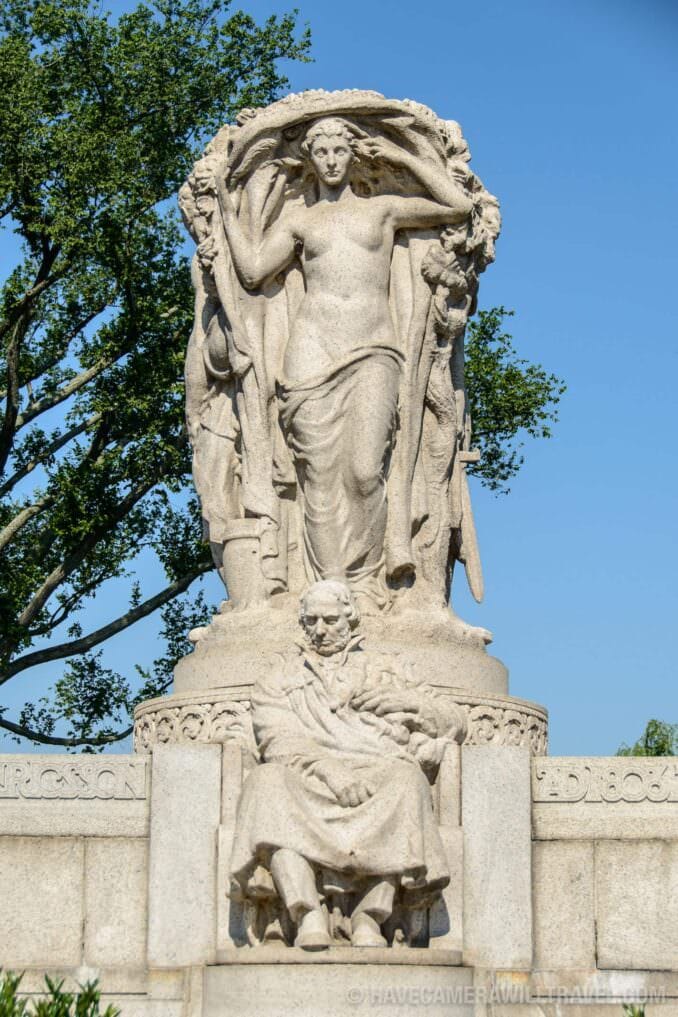 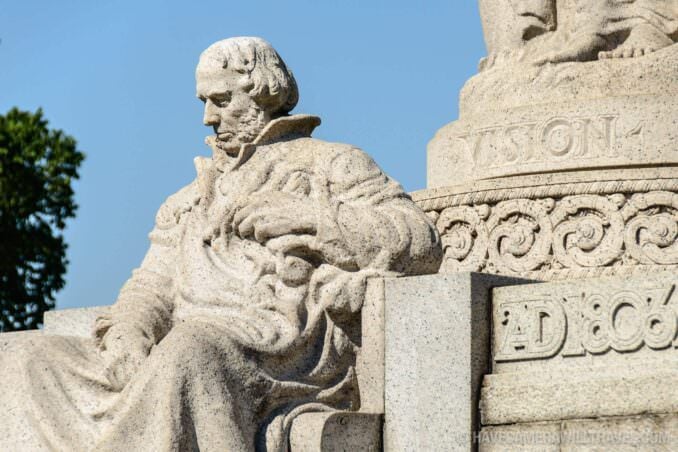 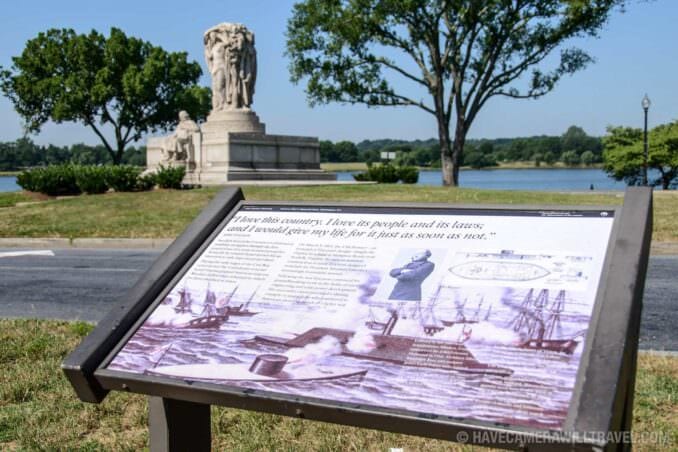 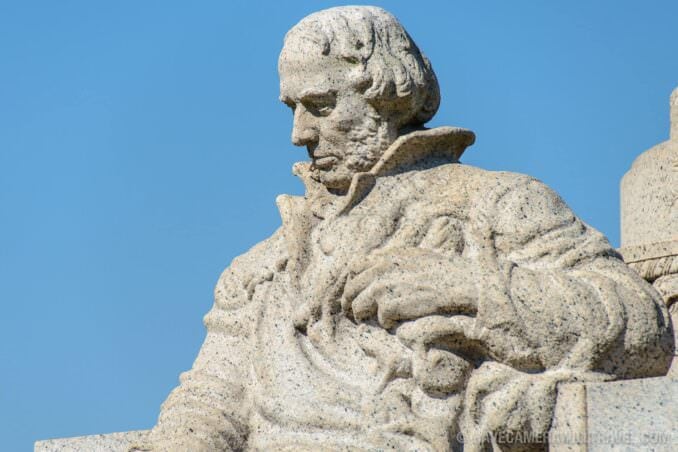 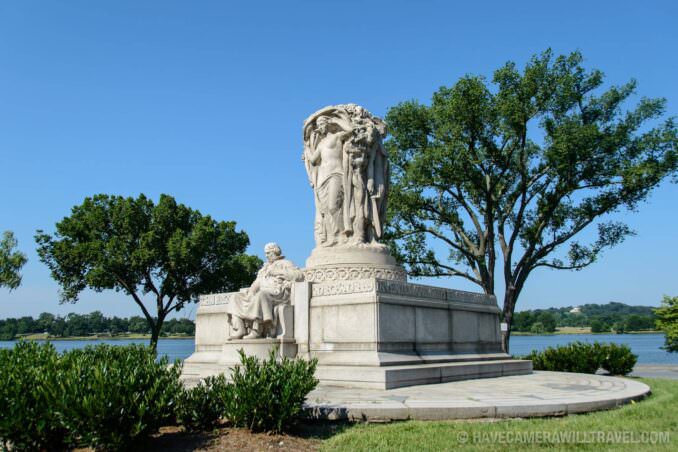 How to Get to the John Ericsson Memorial

The memorial is on the corner of West Potomac Park, near the corner of Independence Avenue, 23rd Street, and Ohio Drive, SW. It’s close to the Lincoln Memorial, the Korean War Veterans Memorial, and the Martin Luther King Memorial.

There’s often free parking along Hains Point and West Potomac Park, but that’s first-come-first-served, and you might end up with a long walk back to your car during the busy tourist season. And be warned that the roads around the Lincoln Memorial can be confusing; it’s very easy to end up across the river in Arlington before you know it. If you’re coming from the Arlington side, another good option is to park at Arlington National Cemetery (check hours and parking fees) and walk across Memorial Bridge.

There are no access restrictions day or night. It is not illuminated at night. You can use a tripod and a flash to your heart’s content.

There are two hazards to watch out for, though. Firstly, the memorial is on a small teardrop-shaped traffic island, so don’t get run over. Secondly, for whatever reason, yellowjackets seem to often make a habit of nesting on the memorial itself and in the bushes next to it, so be careful not to get stung.