The Pentagon Memorial commemorates the 184 victims of the September 11, 2001, attack on the Pentagon. 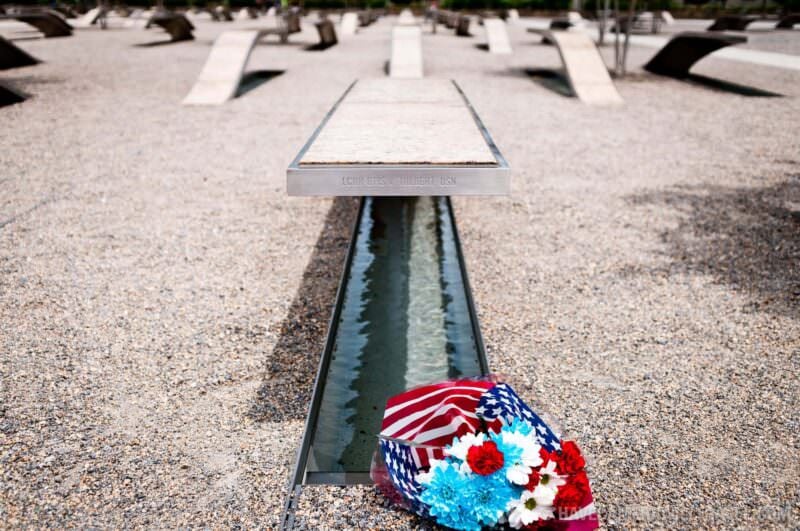 The Pentagon Memorial commemorates the 184 victims of the September 11, 2001, attack on the Pentagon. Situated on the southwest corner of the Pentagon, it consists of 184 benches, each illuminated at night and with a small pool of water underneath, arranged according to the age of the victims at the time. It was opened on the 7th anniversary of the attack and designed by Julie Beckman and Keith Kaseman.

Please note that photography is not allowed elsewhere in the Pentagon complex.

Photos of the Pentagon Memorial 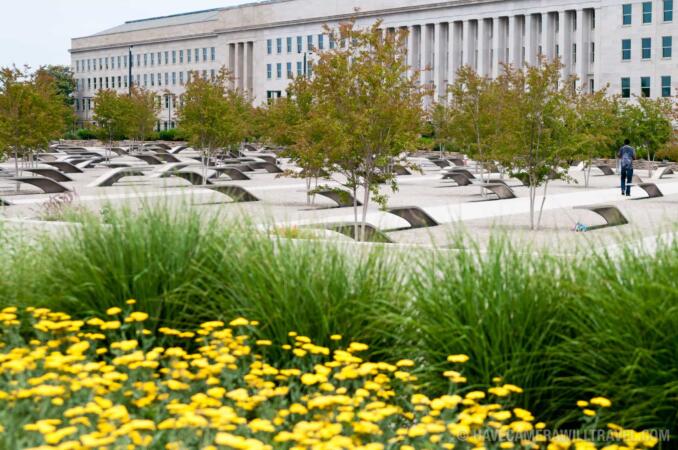 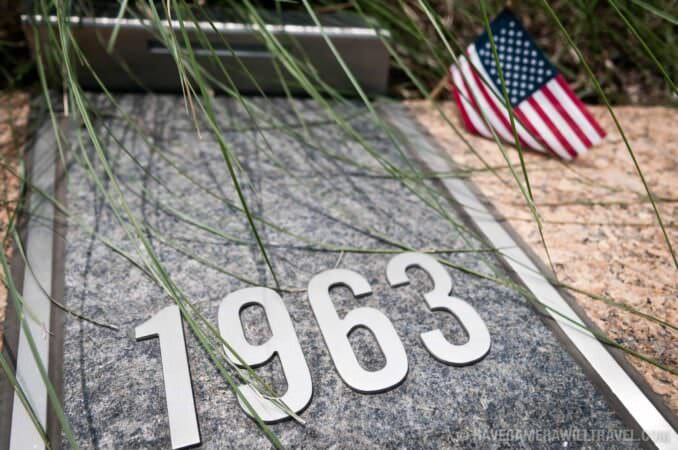 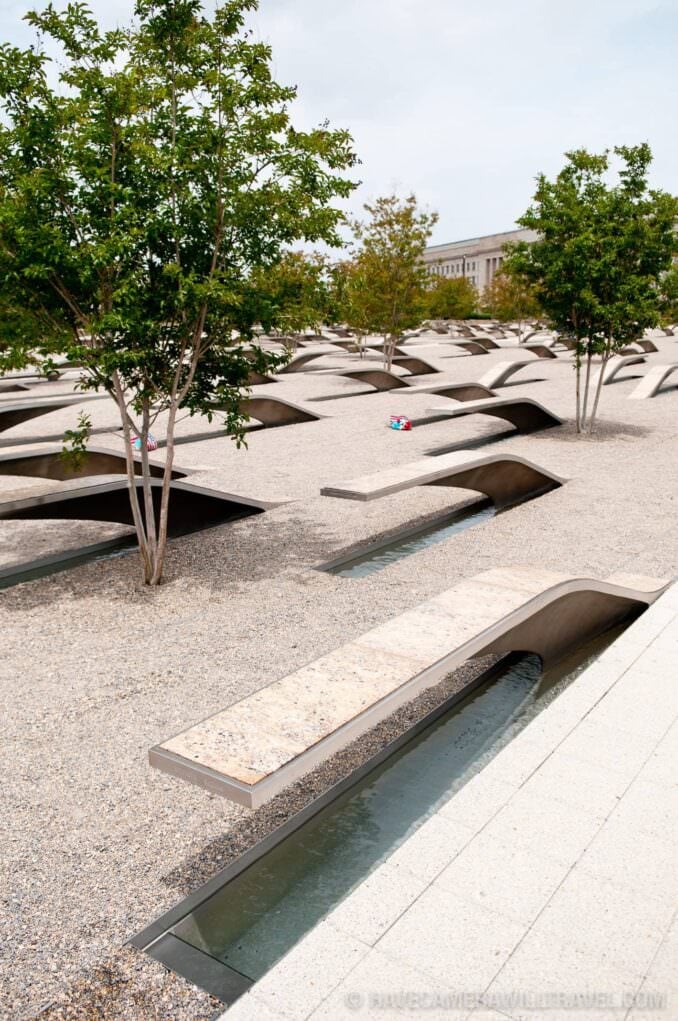 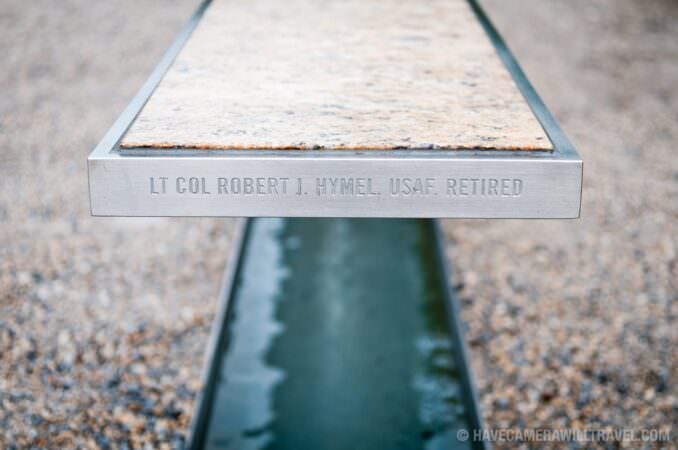 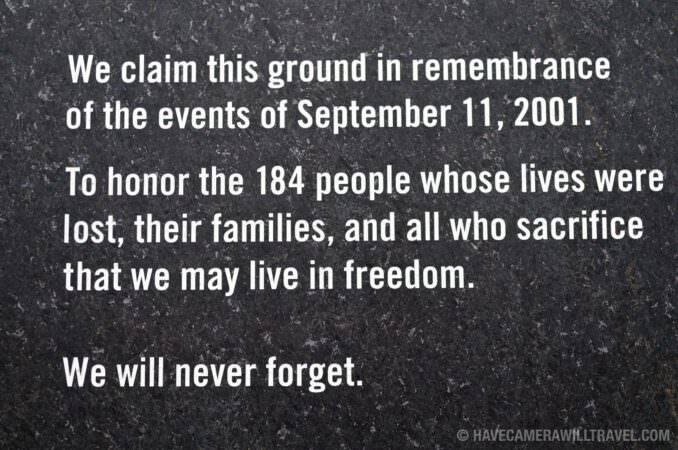 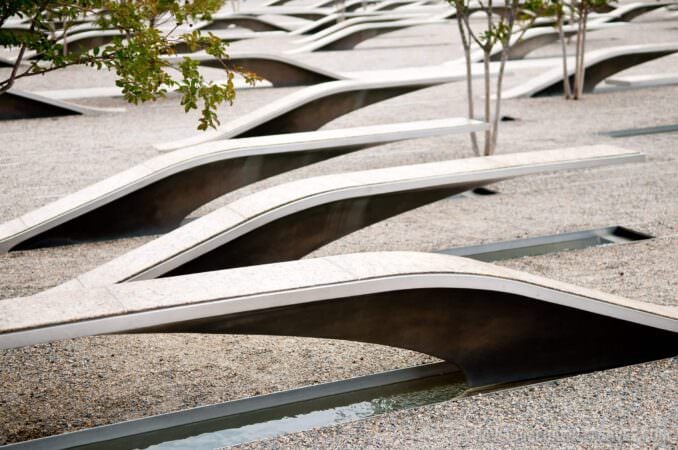 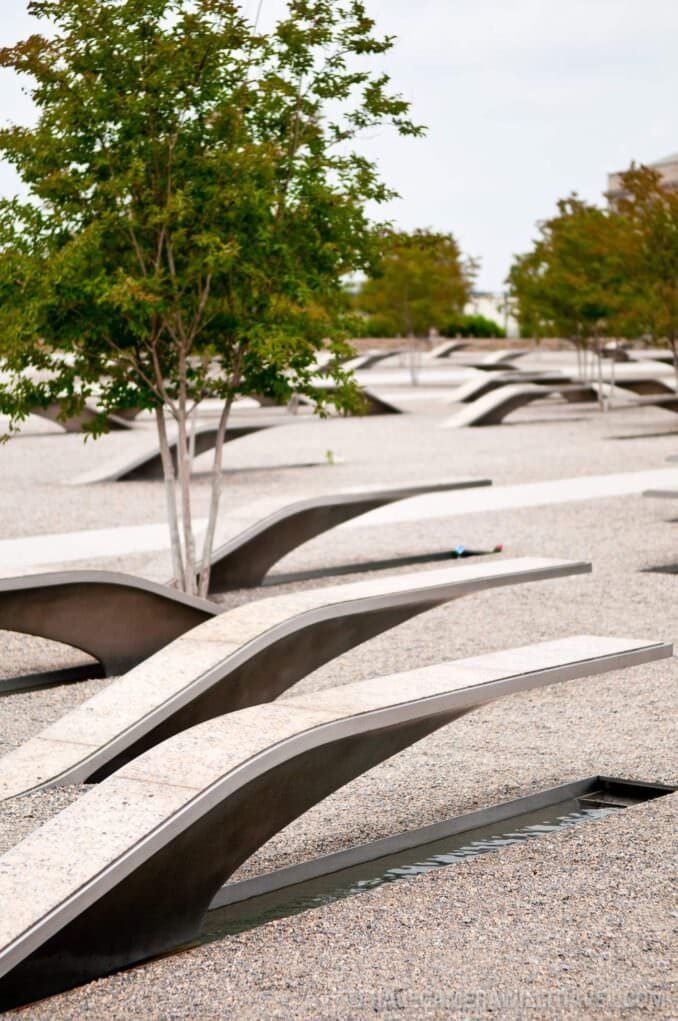 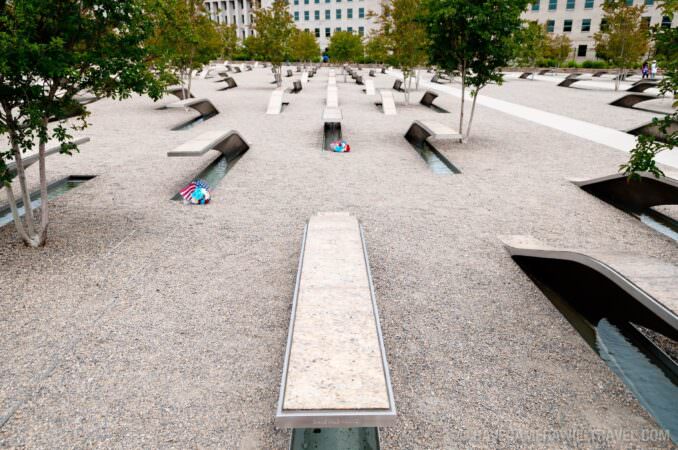 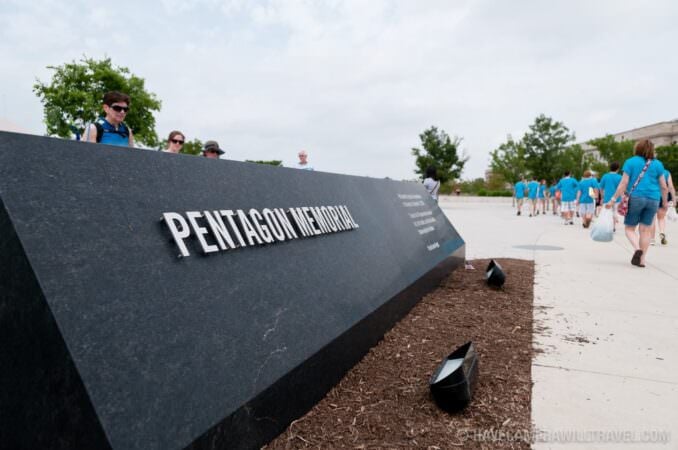 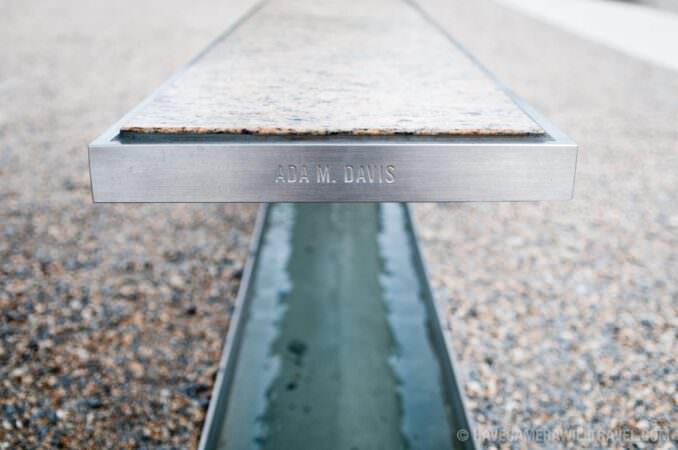 The Memorial is designed as an outdoor space for reflection and more closely resembles a park than a traditional memorial with a central focal point. The benches are illuminated at night.

By far the best way to get to the Pentagon Memorial is by Metro to the Pentagon stop (0.4 miles) on the Blue line. Metro has a handy Trip Planner and here’s a map of the Metro lines.

Cameras are allowed, as is flash.

I take photos and travel. I do it for a living. Seven continents. Dozens of countries. Up mountains. Under water. And a bunch of places in between. Based in Washington DC.