The Smithsonian’s National Zoo isn’t the biggest zoo in the country. But it is well worth a visit, especially during the warmer months when the outdoor exhibits are at their best. 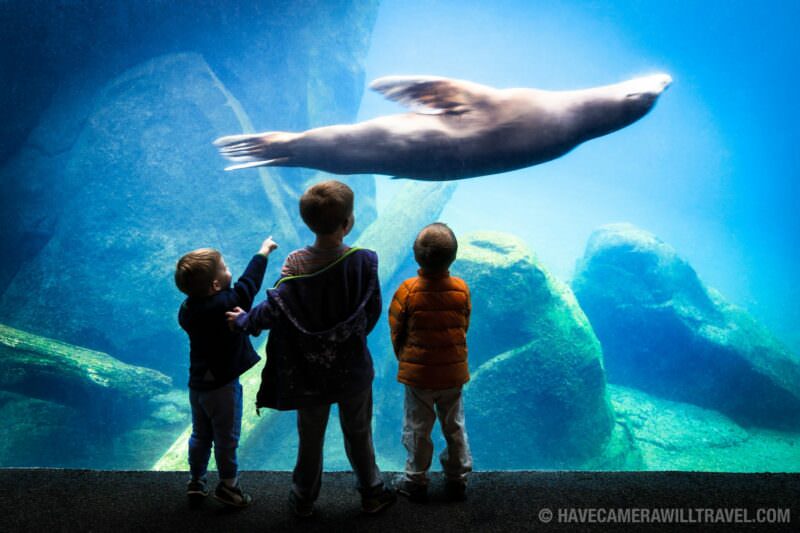 The Smithsonian National Zoological Park isn’t the biggest zoo in the country. Nor is it even the most impressive–there are surprisingly many zoos that house many more animals and different species. But it is well worth a visit, especially during the warmer months when the outdoor exhibits are at their best. And it’s easy to get to, in a very pretty area close to downtown Washington DC.

National Zoo, as it’s more commonly known, is especially famous for being home to some of the giant pandas that were loaned by China as part of the diplomatic “opening of China” in the 1970s. There are only a few zoos in the world where pandas are kept in captivity; in the United States, the only other zoo to have them is San Diego Zoo.

Nearly all zoos these days maintain active research and education programs, but as one of the Smithsonian Institution’s 19 facilities, the National Zoo has always put particular emphasis on this aspect.

The National Zoo also often plays host to events, ranging from music concerts, kids sleepover camping trips, to elaborate fundraising galas. And if you happen to be visiting around the holidays, the Boo at the Zoo (Halloween) and Zoo Lights (holiday lights) are especially fun (many of these after-hours special events have an entrance fee).

Photos at the National Zoo

How to Get to the National Zoo

I’ve had quite a few visitors to DC ask me for walking directions to the Zoo from the National Mall. While walking is technically possible, it’s too far to be a realistic option for most people. Your best bet is to go by metro, car, or taxi.

There’s also parking available onsite for a flat fee of $22 (many of the Zoo annual memberships include free parking).

Entrance to the zoo itself is free except during some of the special events like Boo at the Zoo.

Taking Photos at the National Zoo

With a mix of outdoor and indoor enclosures, with anything from the big cats to elephants to monkeys to small insects, along with boatloads of tourists enjoying themselves (it’s especially busy in the summer), there’s a wide range of things to take photos of, and it’s generally a great place to take a camera.

This is a place where a telephoto lens will come in very handy. For obvious reasons, you can’t get too up close and personal with the tigers, lions, or elephants, so a long lens will help with the distance.

I’ve never had a problem using a monopod or even a tripod, but do take care with using a tripod with the summer crowds around so as not to create a hazard.

Extra care should be taken with using a flash so as not to disturb the animals.

The only real negative is that the zoo naturally isn’t very good for night photographers, since it closes. But other than that, the zoo is very photographer friendly, and especially during the summer you’ll see cameras hanging from necks everywhere you turn.