The monument to Civil War General William T. Sherman is elaborate and prominently placed, in President’s Park (the Ellipse), right next to the White House. 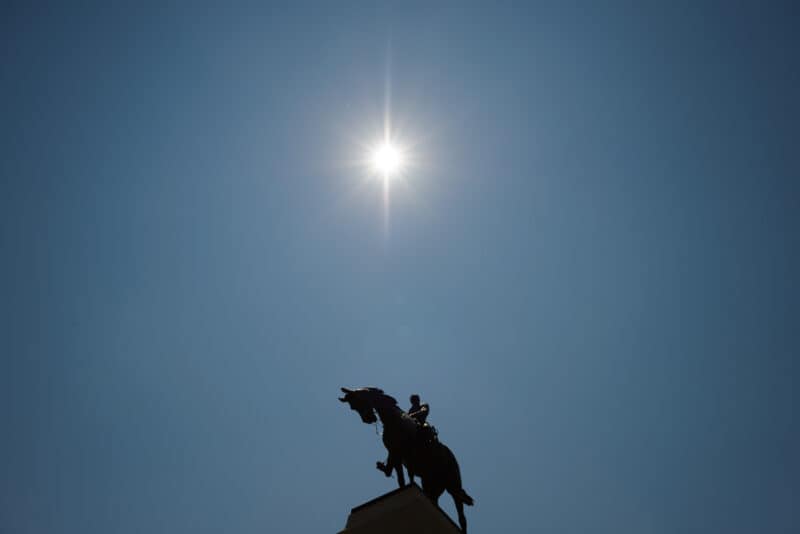 The monument to General William Tecumseh Sherman, a general who served under General Ulysses S. Grant in the Union Army during the Civil War, is elaborate and prominently placed, in President’s Park (the Ellipse), just next to the White House and in front of the Treasury building. Sherman’s record is controversial for his adherence to total war, which led him to enact ruthless policies and tactics.

On top of a large pedestal sits a bronze statue of Sherman on horseback, making it one of many equestrian statues in the city. Below him are depictions of war and peace. At the corners of the pedestal are statues of soldiers from each branch of the army as it existed in Sherman’s day: infantry, artillery, cavalry, and engineering.1

The original sculptor, Carl Rohl-Smith, died before much of the work was completed in 1903, so others took over to bring it to completion.1 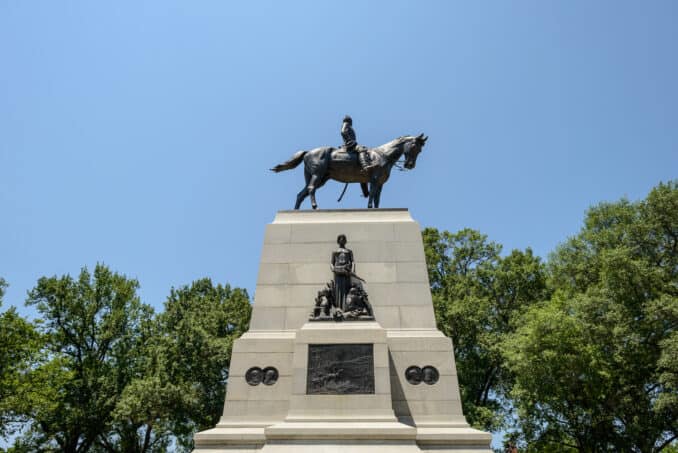 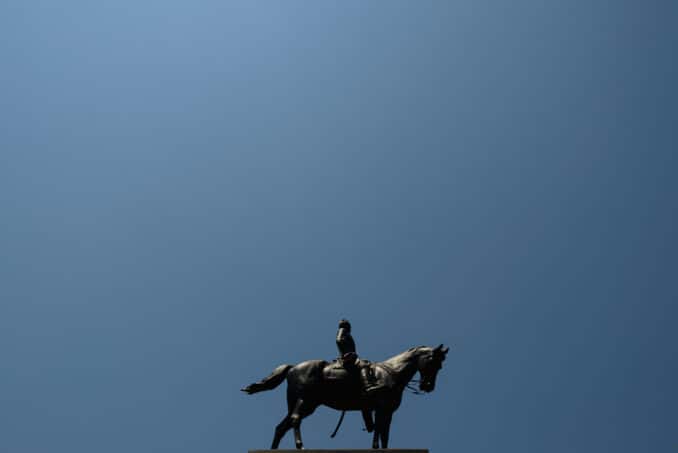 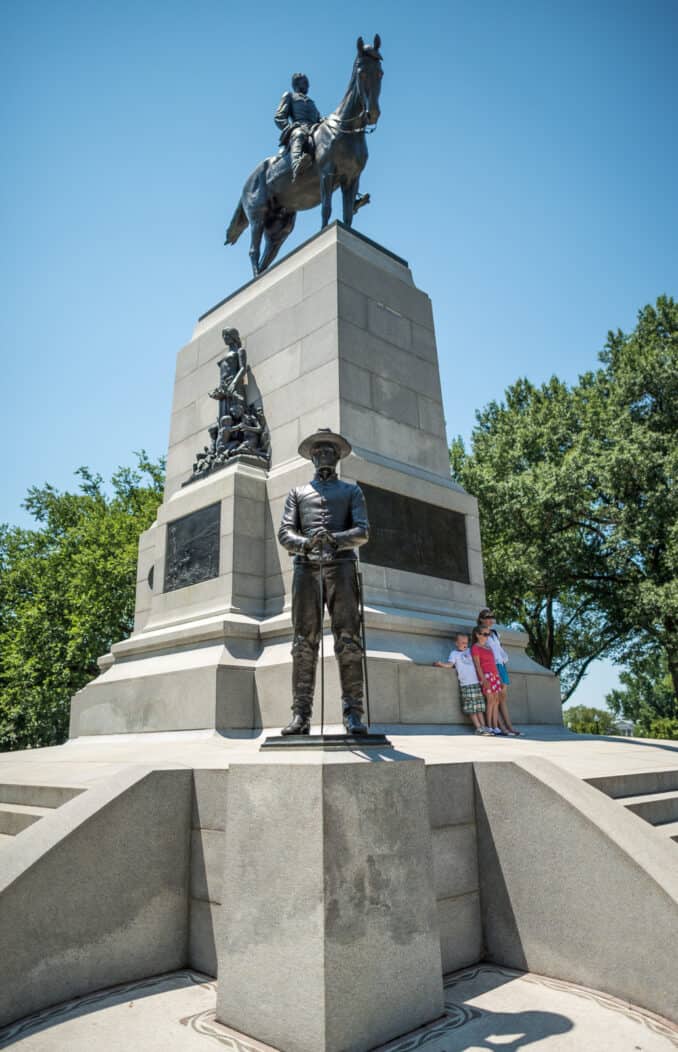 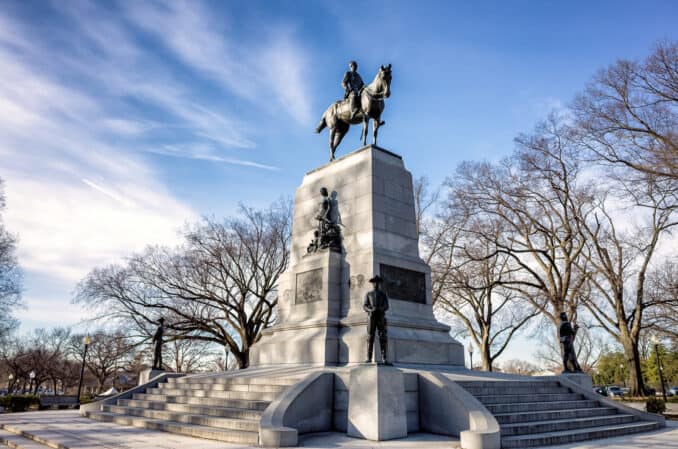 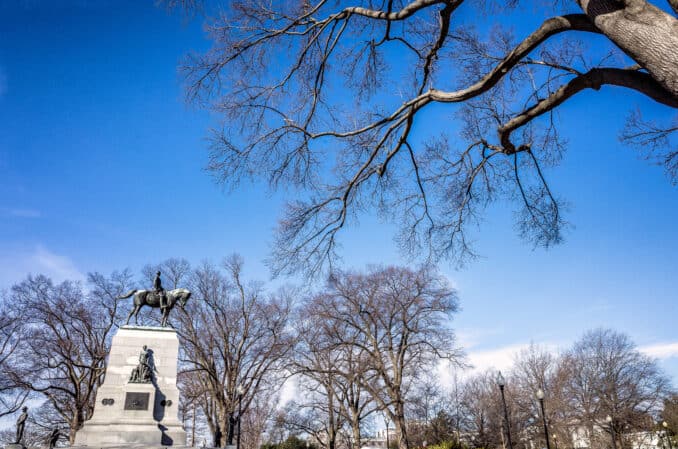 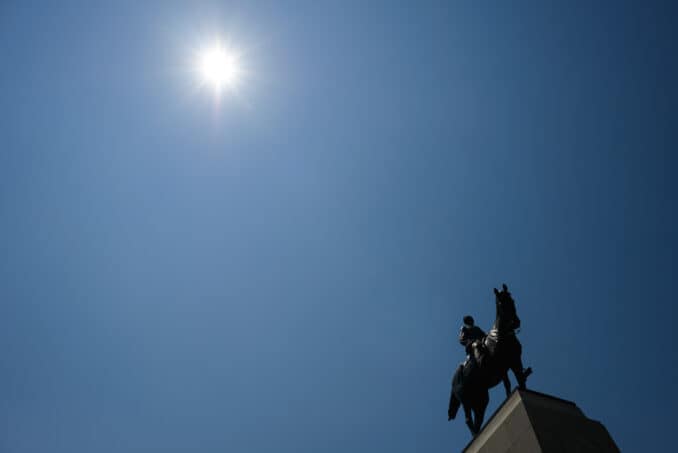 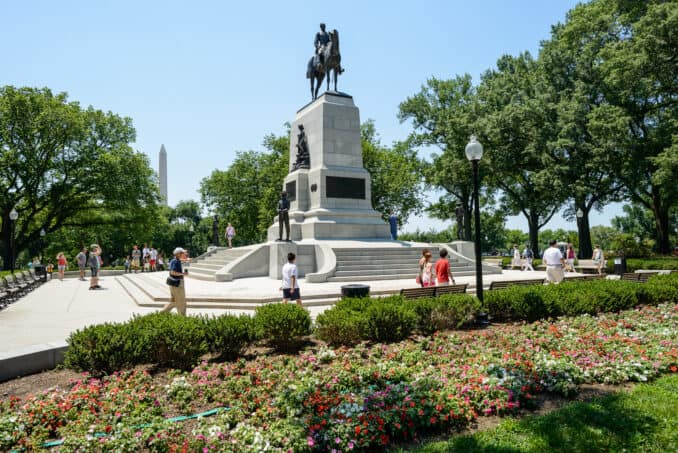 How to Get to the William T. Sherman Monument

Getting close to the Sherman Monument is not as easy as it once was. It falls within a newly expanded perimeter around the White House. You can see it easily from the sidewalk, but to get close to it now requires that you have a pre-confirmed ticket for a White House tour. And even then you won’t be allowed to dawdle at the monument on your way to the security entrance.

The streets immediately around the White House are sealed off to motorized traffic and offer no parking or access. If you’re willing to walk several blocks there are a number of commercial parking garages in the downtown area and you might be able to find metered on-street parking.

Not long ago it was easy to walk up to the Sherman Monument and take photos. But the Secret Service has expanded the security perimeter around the White House, and the President’s Park is now within that restricted perimeter. So you can no longer just walk up to the Sherman Monument as you used to be able to do (or sled on its steps in heavy snow, as I’ve also seen kids doing). You can get up next to it if–and only if–you have tickets for a White House tour. But you can still see the statue clearly from a slight distance from the sidewalk of 15 Street NW.