DC’s cherry blossom season brings a huge number of photographic opportunities. Here’s how to take one of its iconic scenes: cherry blossoms with the Washington Monument. 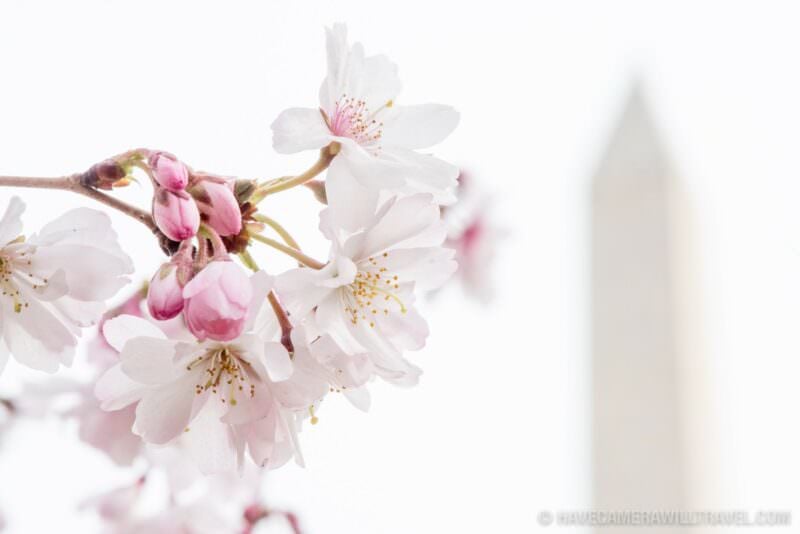 When Washington DC’s famous cherry blossoms are out, it’s hard not to take a nice photo. You can almost close your eyes, point the camera, and click and end up with something good. With millions of flowers, water with reflections, open skies, and iconic monuments, it’s just one of those target-rich photo taking opportunities.

The photo I’m focusing on here is a variation of one of many iconic photos of the cherry blossoms. In the background is the distinctive Washington Monument.

It’s not a hard photo to take, and there’s really no magic to it. You can basically use any camera and produce a nice photo, and there are many other ways to skin this cat. But I’m going to walk through the process of shooting this particular photo and point out some specific characteristics that make it a bit different to the average point and shoot.

What camera to use. Almost any camera can shoot an approximation of this image, from smartphone to fancy DSLR. I used a Nikon D810, but you could just as easily take it with any number of other cameras.

What lens to use. Most lenses can come up with some variation of this, but this particular one uses a long macro; specifically, a Nikon 105mm f/2.8 macro lens. This is my go-to lens for taking photos of flowers, especially the cherry blossoms. I’ve also found Sigma’s version to be very good.

Use a flash? I didn’t use one for this photo, but in brighter conditions a little fill flash could work very well and help to overcome contrasty shadows from starker lighting conditions.

Tripod. If you want to use a tripod, go right ahead, but it’s definitely not required. There can be advantages to doing so with macro work when focus is so critical. I shot this particular one hand-held.

Remote Shutter Release. Not required. If you want to use one, there’s no reason not to. But there’s also no compelling reason to add the complication.

You’ll obvious need the cherry blossoms to be out, so that means sometime between mid-March to mid-April (it varies every year).

As for weather, this one takes advantage of solid, overcast skies. It was even a bit drizzly. While it’s easy to fall into the trap that you always want sunny skies, that’s not always true. When taking photos of flowers, in particular, direct sunlight can actually ruin a photo because of the high contrast, with deep shadows and bright highlights. As you can see, this photo has neither, which is because of the flat, even lighting from the heavy clouds. It’s a case where dull lighting is good.

Another reason that this photo would have been challenging under bright, sunny skies is that it’s shooting up at an angle, risking underexposing shadows on the flowers and overexposing the bright sky.

The most famous of DC’s cherry blossoms are around the banks of the Tidal Basin. But they’re not the only ones around–there are actually thousands more nearby. These particular ones are near the base of the Washington Monument (and, technically, these are a different variety–an autumn-blooming variety called the Higan Cherry).

While you can see the Washington Monument very easily from much of the Tidal Basin, the advantage of being physically closer in this case helped make it more prominent part of the frame.

Something that makes this particular shot a bit different from the usual snapshot is the balance of flower and monument in the frame. With a “standard” focal length like 50mm, one or other is going to be very small. By using a 105mm I was able to balance their sizes. And I also used a macro, which allowed me to get in very close to the flowers and have them sharply in focus. And, after all, I want the flowers to be the star. The monument is blurred in the background, but you can clearly tell what it is. If I’d used a “normal” aperture with this, the monument would have been reduced to an indistinguishable blur in the background and you really couldn’t tell what it was. To give it some form, I’ve used a tiny aperture here, f/36, with a very broad depth of field for a macro.

If you don’t have a macro telephoto handy, you can still get something similar to this–it might be one that you prefer.

Variations on the Theme 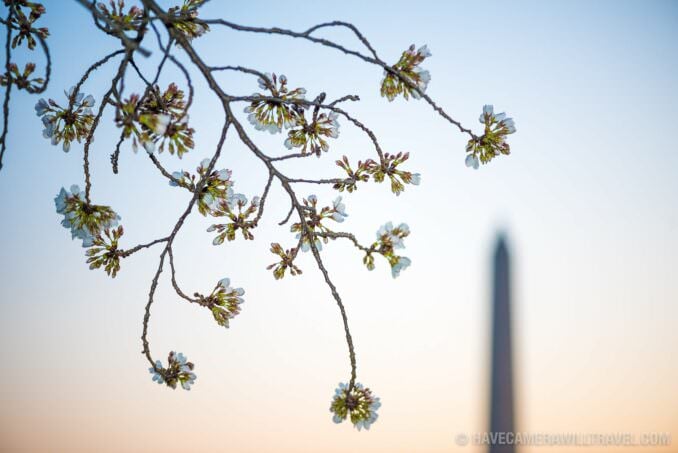 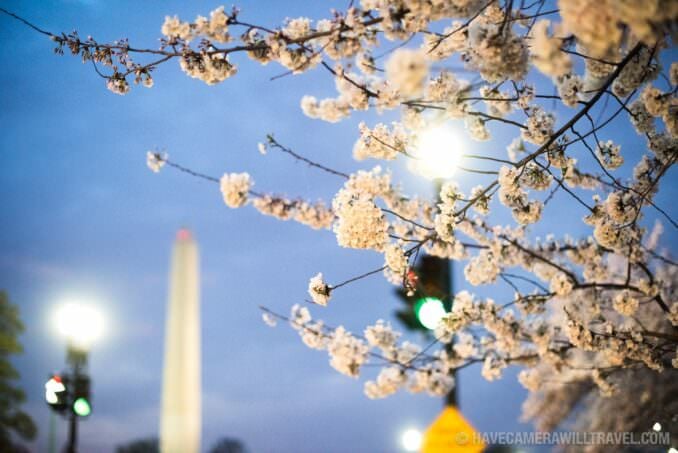 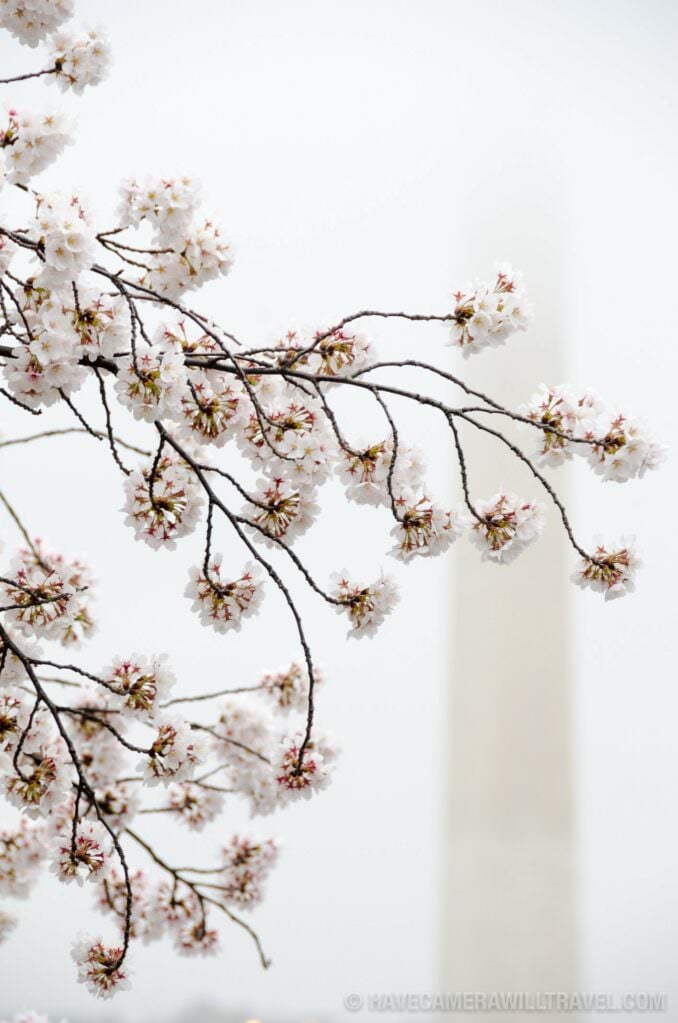