The First Division Monument, standing in President’s Park next to the White House and in front of the Eisenhower Executive Office Building, is dedicated to those who served and died in the First Division of the American Expeditionary Forces. 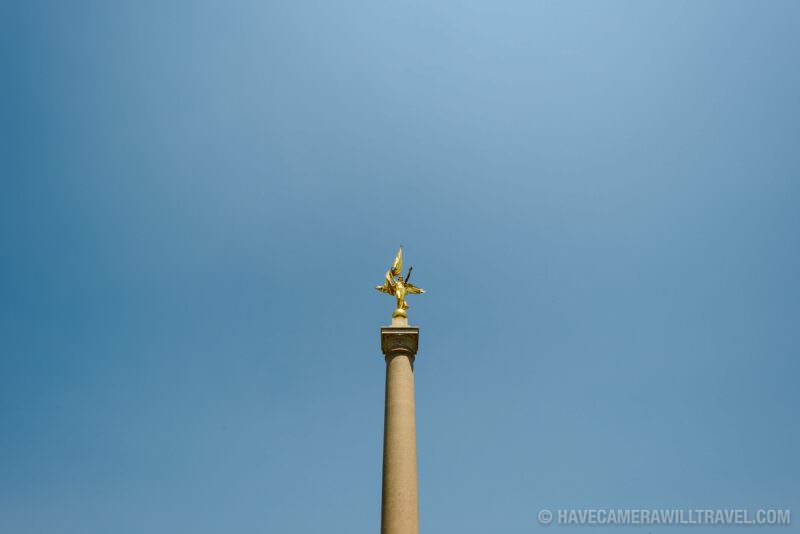 The whole monument stands 80 feet high with a gilded bronze statue of a winged Lady Victory on top. The column of pink granite she stands on is from the same area as that of the Lincoln Memorial and the John Ericsson Memorial, but in this case, it’s a single piece of granite–one of the largest single pieces of granite ever extracted from a quarry in the United States.1 It was dedicated by President Calvin Coolidge on October 4, 1924.

Photos of the First Division Monument 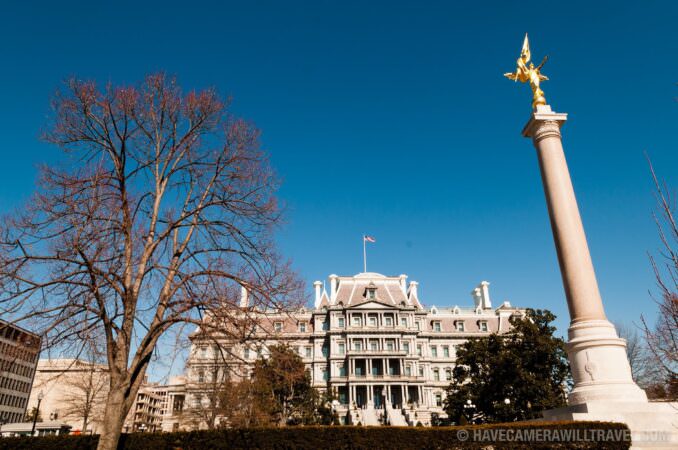 How to Get to the First Division Monument

The monument is in President’s Park, the opposite side of the White House from the General Sherman Monument. If you’re walking from the Washington Monument facing the White House, the First Division Monument is across the Ellipse veering left, in front of the Eisenhower Executive Office Building.

The streets immediately around the White House are sealed off to motorized traffic and offer no parking or access. If you’re willing to walk several blocks there are a number of commercial parking garages in the downtown area and you might be able to find metered on-street parking.

Under normal circumstances, there are no access restrictions day or night. From time to time, the extra security measures around the White House might mean that the area is closed off temporarily.

There’s no problem using a flash or tripod most of the time. But use common sense with all the extra security around the White House.