The Navy-Merchant Marine Memorial, featuring a large, evocative aluminum sculpture of a cresting wave and seagulls in flight, sits on Columbia Island on the Arlington side of the Potomac.

Cast in aluminum–an innovation at the time–the main sculpture stands 35 feet tall and was dedicated in 1934.

The rather beautiful and evocative sculpture by Ernesto Begni del Piatta was originally designed to sit on a large base of polished green granite, but the original fundraising effort came up short, so it ended up on a bland concrete base instead, later replaced with a lower quality green granite base.1

The main part of the monument is surrounded by a wide flower bed that becomes a sea of red tulips in the spring.

Appropriately, it sits on the banks of the Potomac. Although it looks like it should be considered Arlington–it’s along the George Washington Memorial Parkway, is right next to the Pentagon, and you approach from Arlington–Columbia Island on which it stands, in Lady Bird Johnson Park, is technically part of Washington DC. The border between the two runs along the narrow channel separating Columbia Island from the mainland.

Photos of the Navy-Merchant Marine Memorial 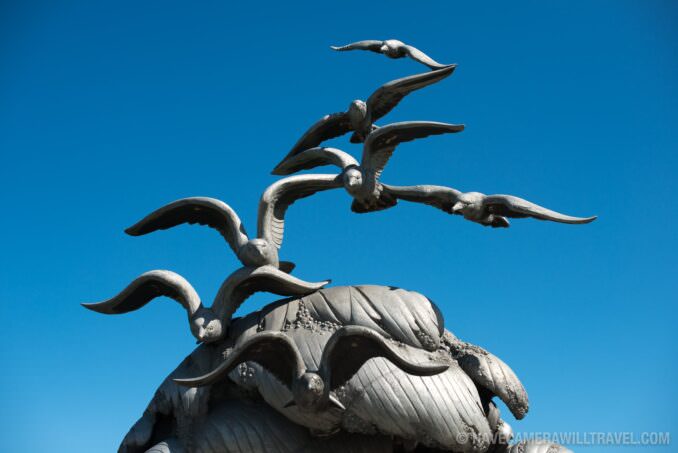 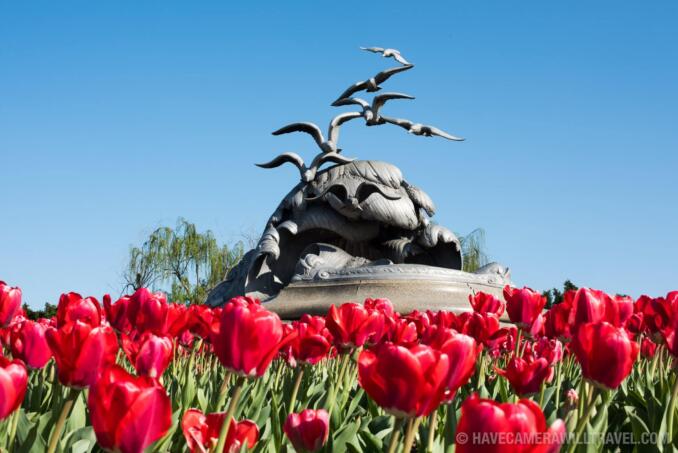 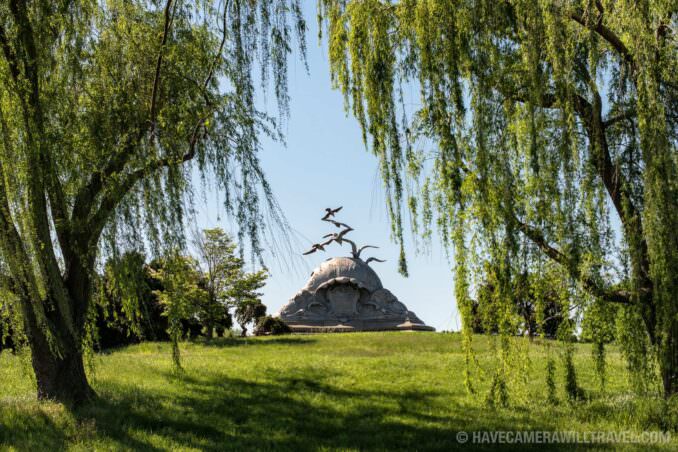 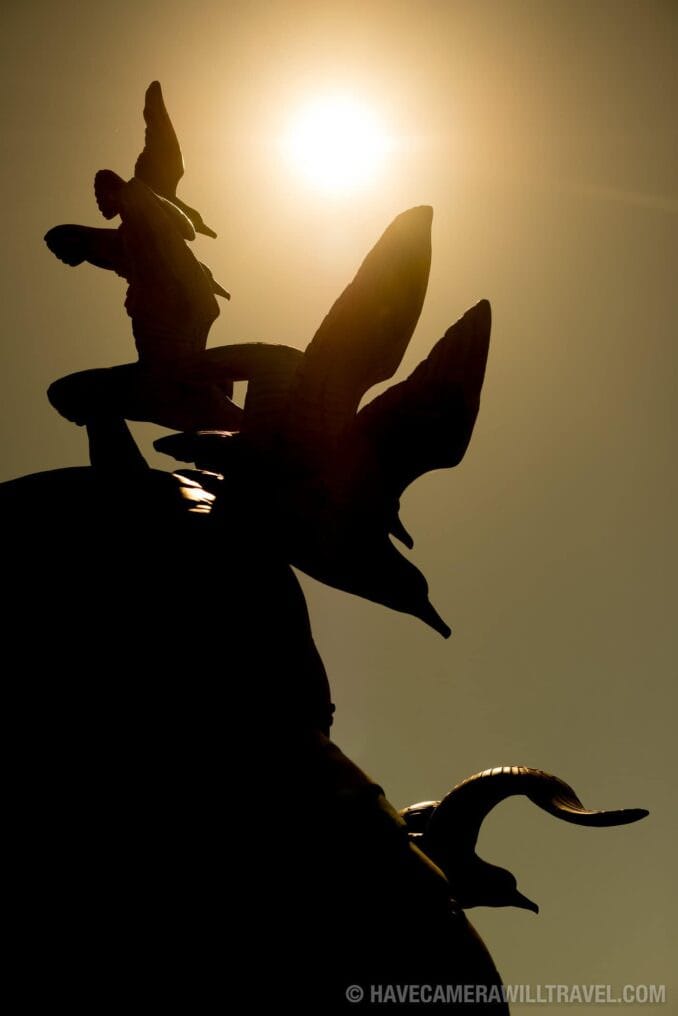 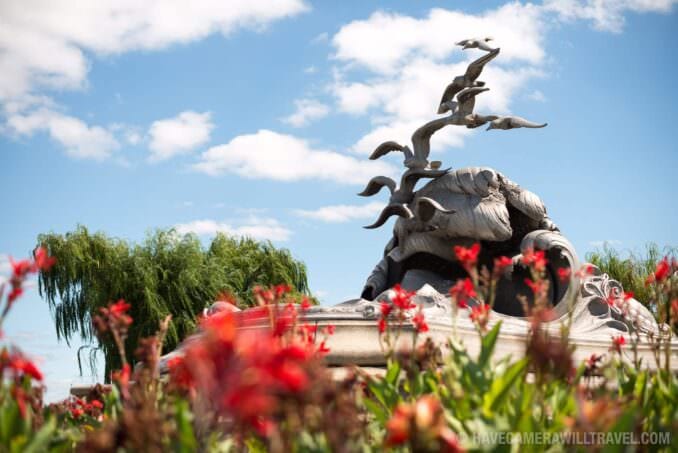 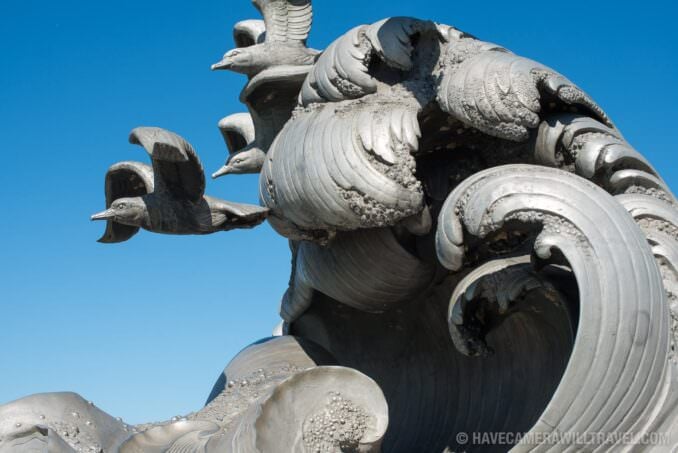 With this ultra-high resolution panorama of the Navy-Merchant Marine Memorial (1.36 gigapixels) you can zoom in significantly to view details.

The memorial is easily walkable from the Pentagon or the parking lots for the Lyndon Baines Johnson Memorial Grove, Columbia Island Marina, or Gravelly Point. You can also walk there from Hains Point by walking over the 14th Street Bridge and turning right.

The memorial is accessible day and night (although not illuminated at night). There’s no problem using flash or a tripod.

Along with anything else in the George Washington Memorial Parkway, commercial shoots and filming require a permit.

You can find more of my photos of the Navy-Merchant Marine Memorial here, available for licensing.