If you plan a commercial photo shoot or video filming in the Washington DC area, you might require a permit. Here are some contact details for applying for them. 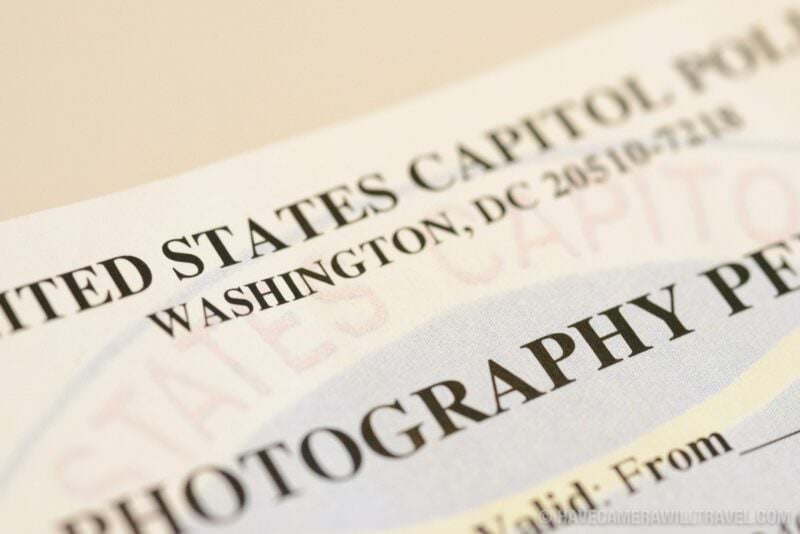 If you plan a commercial photoshoot or video filming in the Washington DC area–including, in some cases, wedding photos–you might require a permit.

In some instances, like the Vietnam Women’s Memorial or the FDR Memorial, no commercial photography or filming is allowed at all.

Your best bet, to cover yourself, is to get in contact with the relevant supervisory body. And I’d strongly recommend getting in touch with them well ahead of time to ensure enough time for your application to be processed if one is necessary. While some offices claim a very respectable turnaround of 4-6 days, it’s entirely possible that others might take much longer.

And something to bear in mind is that in this economic climate, some local governments have begun to more strictly enforce the need for permits as a means of revenue-raising.

Here is a growing list of relevant websites for applying for photography and filming permits for popular locations in the Washington DC area. If you need something more involved, such as special access, closing roads, or creative alternatives, you might be better off hiring a local location manager.

Park areas administered by this office include more than one thousand acres and include the original Mall area itself, many of the uptown circles, squares, and triangular parcels of land, East Potomac Park, and West Potomac Park.

Firstly, the NPS no longer distinguishes between commercial, non-commercial, or news gathering filming like it used to.

Secondly, “low-impact filming” is a determining factor on whether advance notice and/or a permit is required. The NPS defines that as: “outdoor filming activities in areas open to the public (excluding areas managed as wilderness), consisting of groups of five persons or fewer, and involving equipment that will be carried at all times—except for small tripods used to hold cameras.”

You can find the official NPS guidance here.

Outdoor filming in these areas fall under the same National Park guidance above. You can find the official NPS guidance here.

Shoots that do not qualify as “low-impact” will need advance notice and permission. For those, you will need to contact the National Park Service office for Special Use Permits.

The Cemetery provides this guidance:

We ask media and cemetery visitors/tourists seeking to photograph those visiting gravesites to respect the solemnity of Arlington National Cemetery by refraining from taking pictures or filming someone who is visibly mourning and asking for permission to film or photograph those visiting a gravesite. Many are very open to talking with media and cemetery visitors about their loved ones and want to see their loved ones honored and remembered.

Filming Permits
Department of Parks and Recreation Permits and Reservations

For over 40 years, the White House banned cameras on the public tours within the grounds. In July 2015 they lifted that ban. But there are still strict restrictions on the kind of gear you can take in. The official guidance is:

Permitted Items: Phones and compact still cameras with a lens no longer than 3 inches are allowed inside the White House. Photography is permitted but may not interfere with the enjoyment of other guests on the tour.

Prohibited Items: Video cameras, including any action camcorders, cameras with detachable lenses, tablets, tripods, monopods, and camera sticks are not permitted on White House Tours. Flash photography and livestreaming are not permitted while on the tour.

The rules also change without warning, so it’s best to confirm at the time of your reservation.