The Cuban Friendship Urn is not the most impressive landmark you’ll find in Washington DC, but it does have an interesting story behind it. 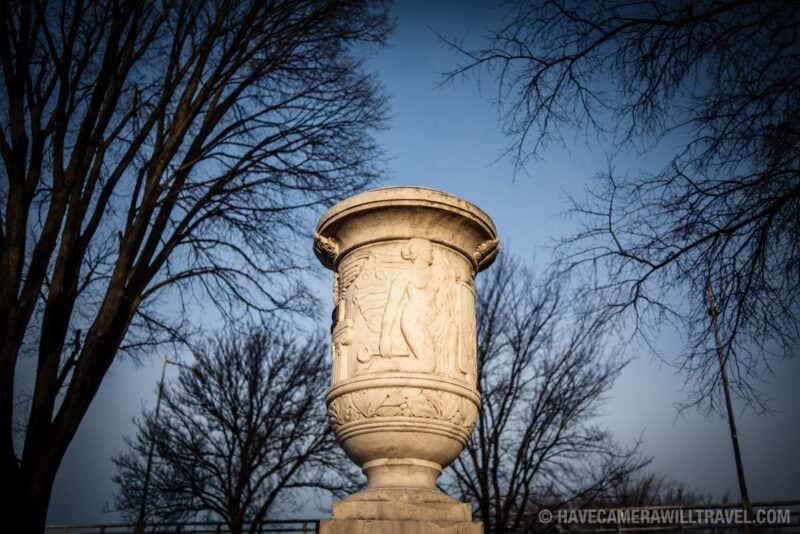 The Cuban Friendship Urn, sometimes known as the USS Maine Memorial, is easy to miss. It’s not hidden, as such. But it’s in a place where you probably wouldn’t stumble across it unless you’re looking for it. Even then, it’s not very clearly marked as to what it is. And being on the corner of a parking lot–and a fairly unattractive one at that, at the base of two functional but not exactly pretty bridges–doesn’t help. It doesn’t come as a shock, then, that it was once voted Washington’s most obscure memorial.1

It’s not the most impressive memorial you’ll find in Washington DC. The whole thing is maybe 8 feet high or so and weighs about 7 tons.

But it does have an interesting story behind it. The urn is carved out of what was originally one of the columns making up the Maine Monument in Maine Square in Havana, Cuba. That monument was dedicated to the victims of the battleship USS Maine, which was sunk in Havana Harbor on February 15, 1898. Three-quarters of her crew perished, a total of 266 Americans. And it became a crucial episode leading up to the outbreak of the Spanish-American War two months later.

The original Havana memorial was destroyed by a hurricane in 1926. The Cubans salvaged some of the ruins, carved the urn, and presented it to President Calvin Coolidge in 1928.2

On the back of the urn is a depiction of the sinking of the Maine, and a small panel inscription reads (original in Spanish):

The memory of the Maine will hold in lasting duration, through the ages, the ties of friendship between the people of Cuba and the people of the United States of America.2

This wasn’t quite the original location for the urn. It was originally nearby in Potomac Park, but in the late-1940s, it was put in storage while the Fourteenth Street Bridge was being built. It stayed in storage until 2001 when the National Park Service brought it out of storage and installed it in its current site on the banks of the Potomac.2

Photos of the Cuban Friendship Urn 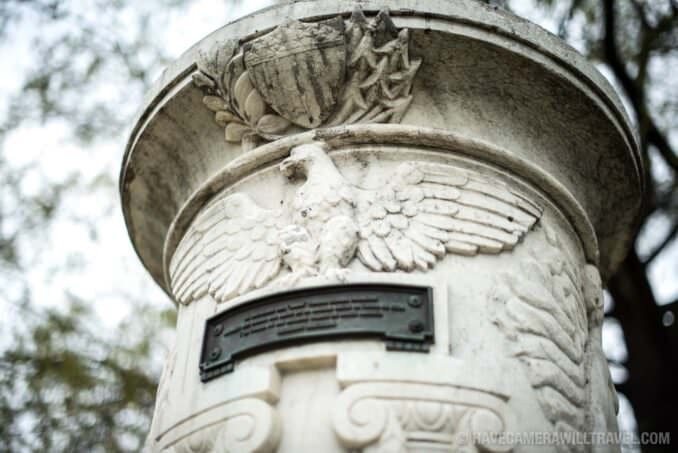 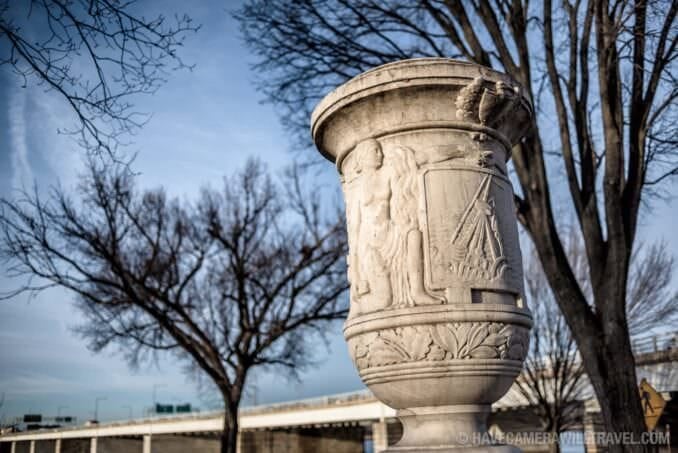 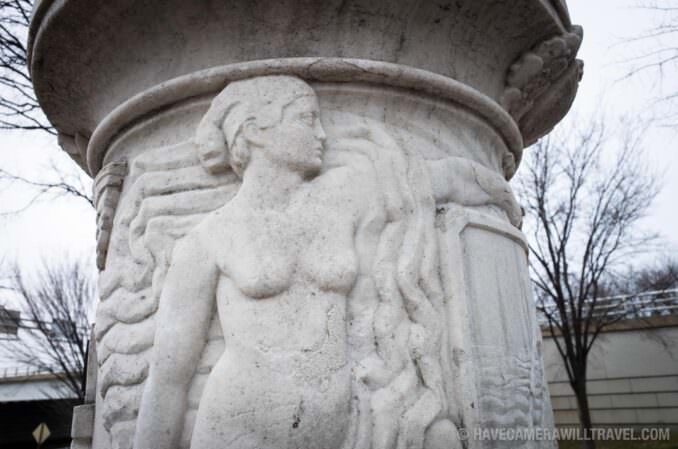 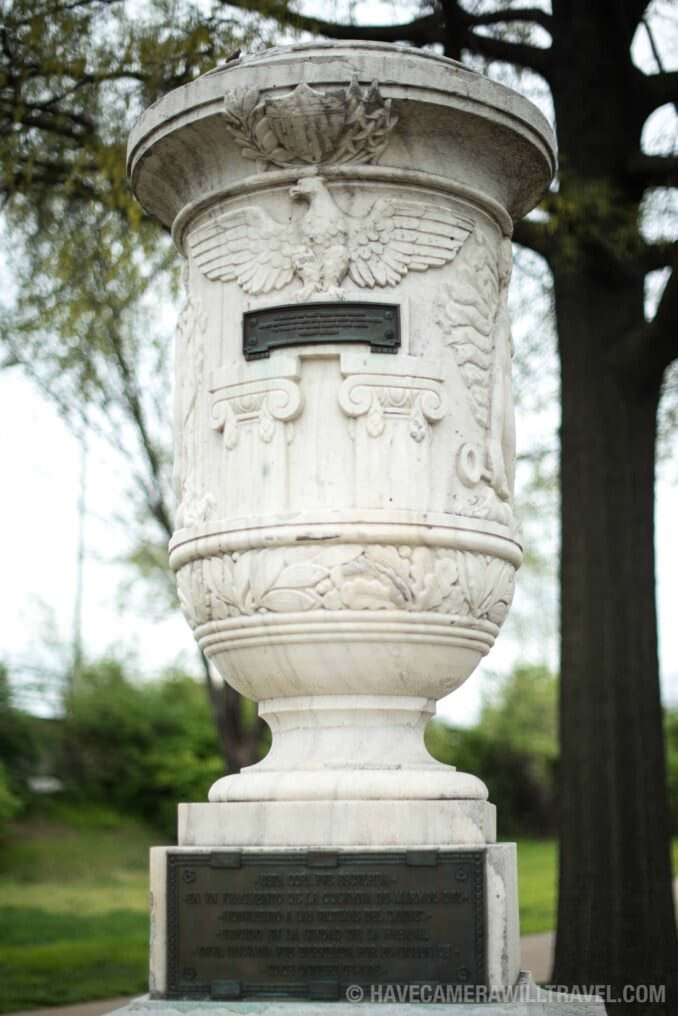 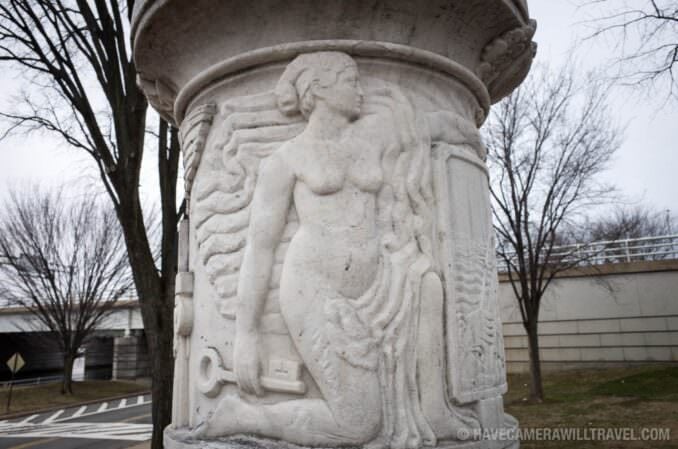 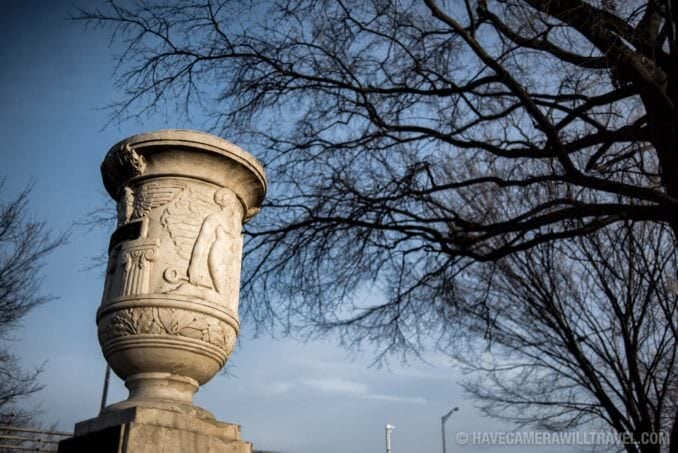 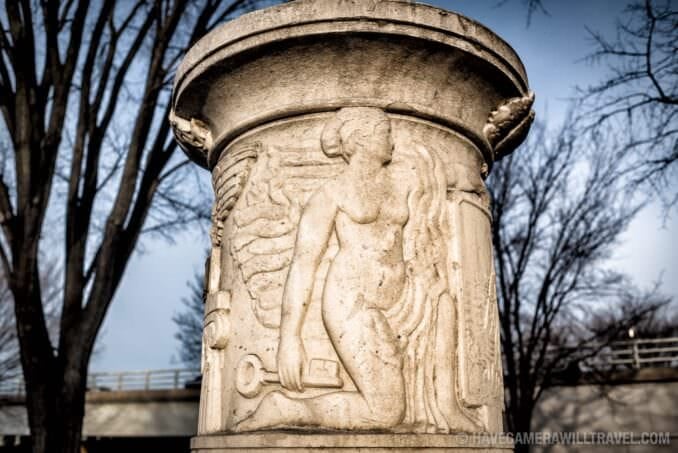 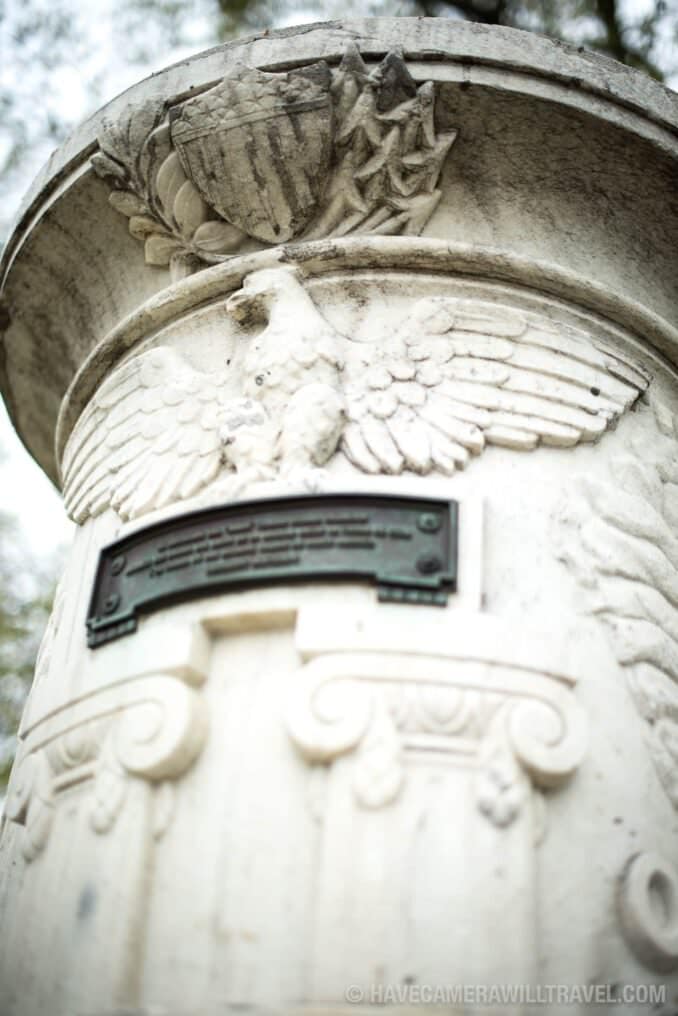 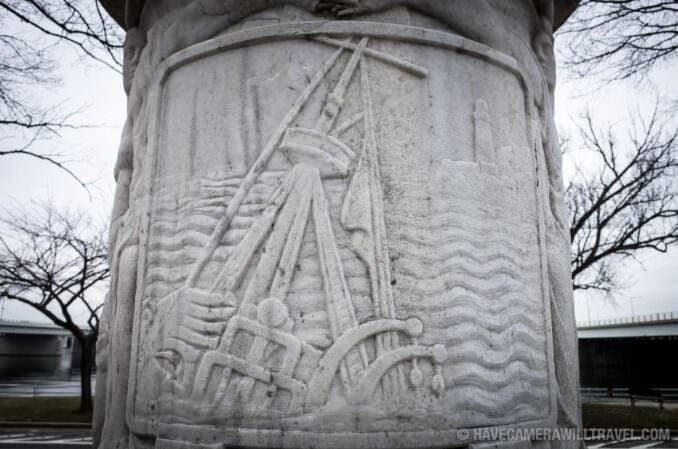 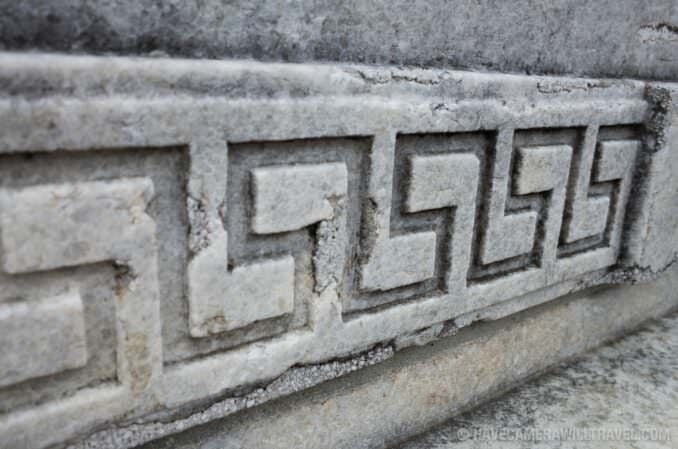 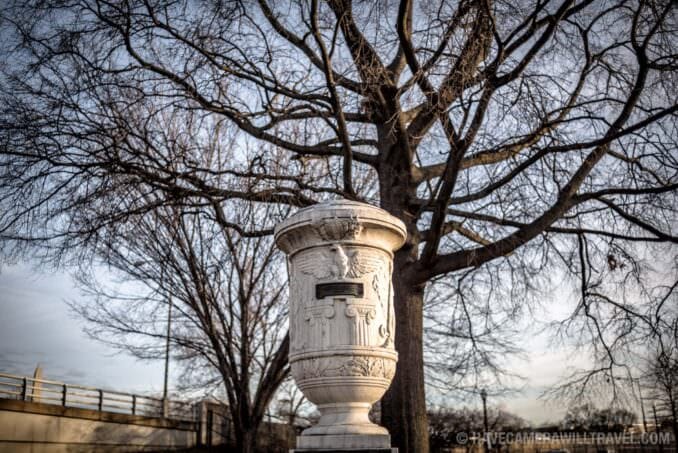 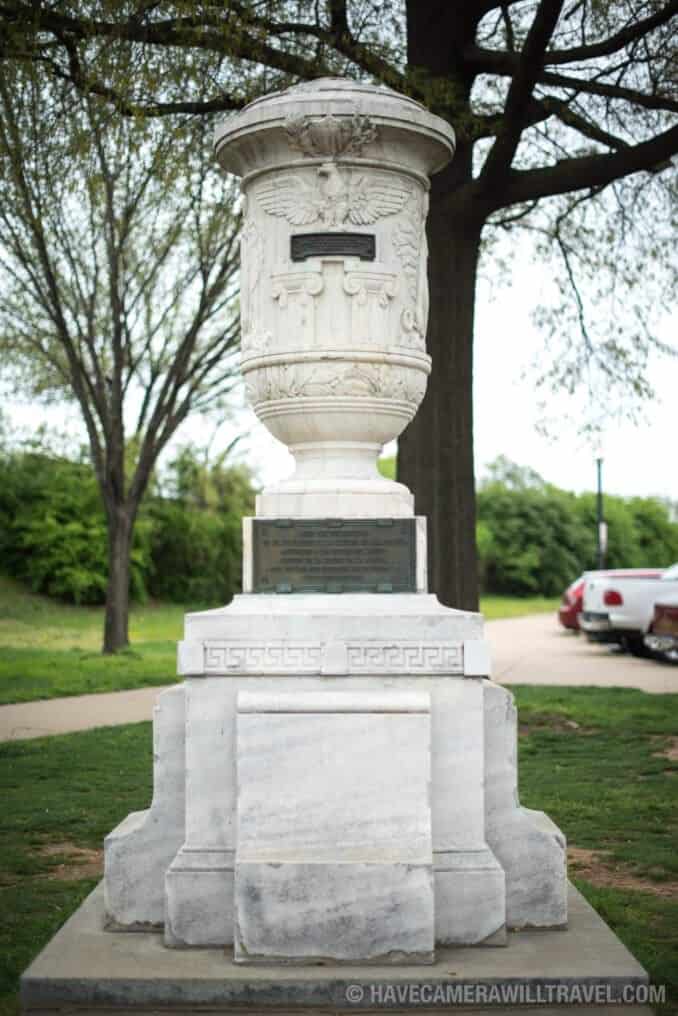 Where is the Cuban Friendship Urn?

The Cuban Friendship Urn in Washington DC is near the base of the Fourteenth Street Bridge in East Potomac Park.

The urn is basically in the corner of a parking lot, so there’s obviously also parking nearby.

The Cuban Friendship Urn doesn’t lend itself to many exciting photographic opportunities. It’s quite small, not illuminated at night, and is tucked in the corner of a parking lot.

Nevertheless, there’s unfettered access to it day or night and no problem using tripods or flash.