The Simon Bolivar Statue in Foggy Bottom in Washington DC is dedicated to the Latin American revolutionary. 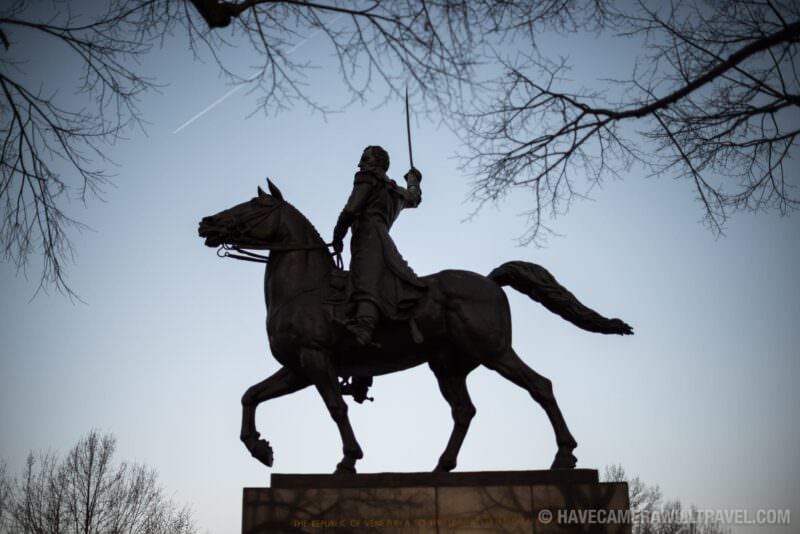 There’s more than one commemoration of Simon Bolivar in Washington. This is the largest. It’s in a small park in front of the Department of the Interior building in Foggy Bottom.

Simon Bolivar was a Venezuelan political leader and Latin American revolutionary who played a role in the liberation of Venezuela, Colombia, Ecuador, Panama, Peru, and, of course, Bolivia.

The bronze statue, formally titled Equestrian of Simón Bolívar, was unveiled in 1958 as a gift from the Venezuelan government. It was designed by Felix de Weldon, who also designed the Iwo Jima Memorial. It weighs 8 tons and is 27 feet from base to tip of the sword, making it one of the largest equestrian statues in the United States (although it’s still a lot smaller than the Iwo Jima Memorial). It was cast in New York and transported to Washington DC in 5 pieces.1

Photos of the Simon Bolivar Statue 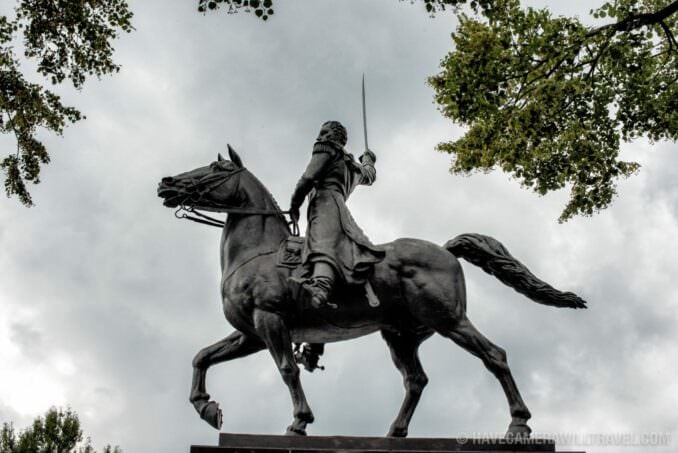 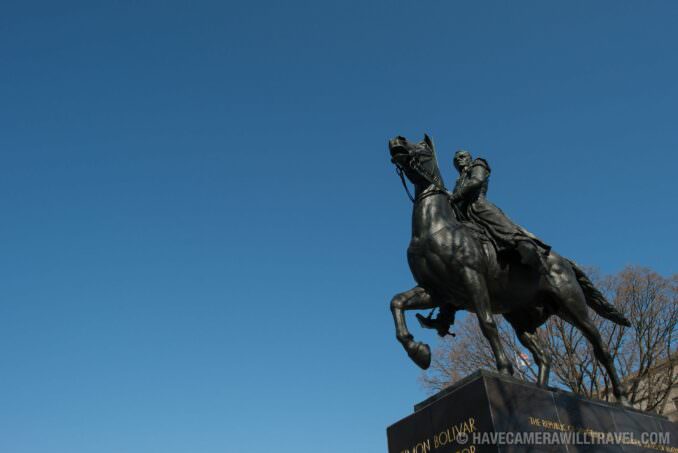 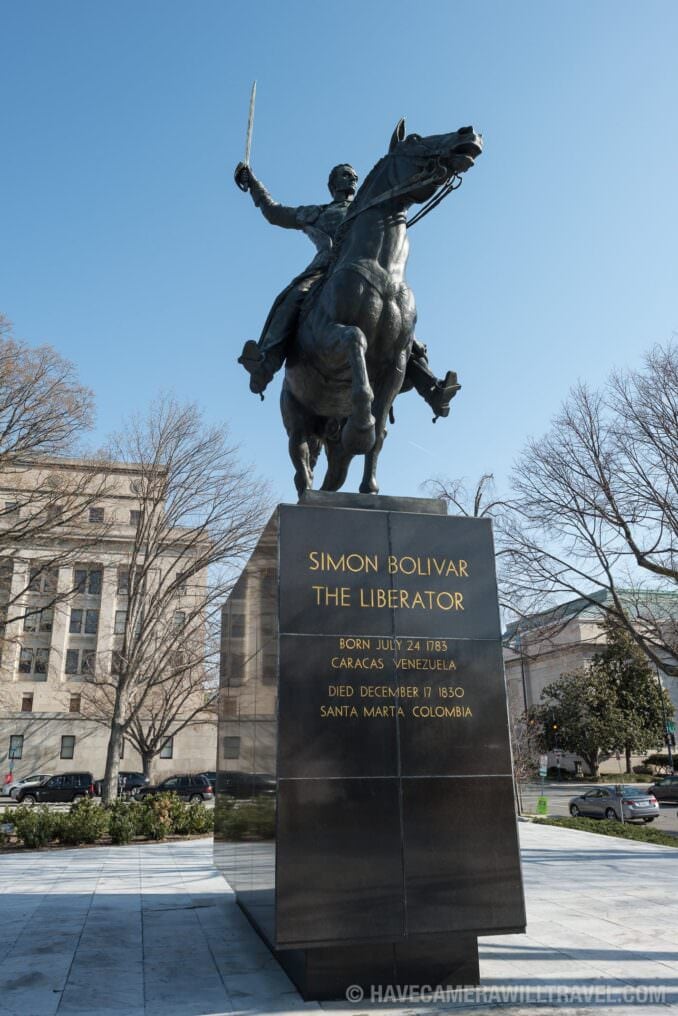 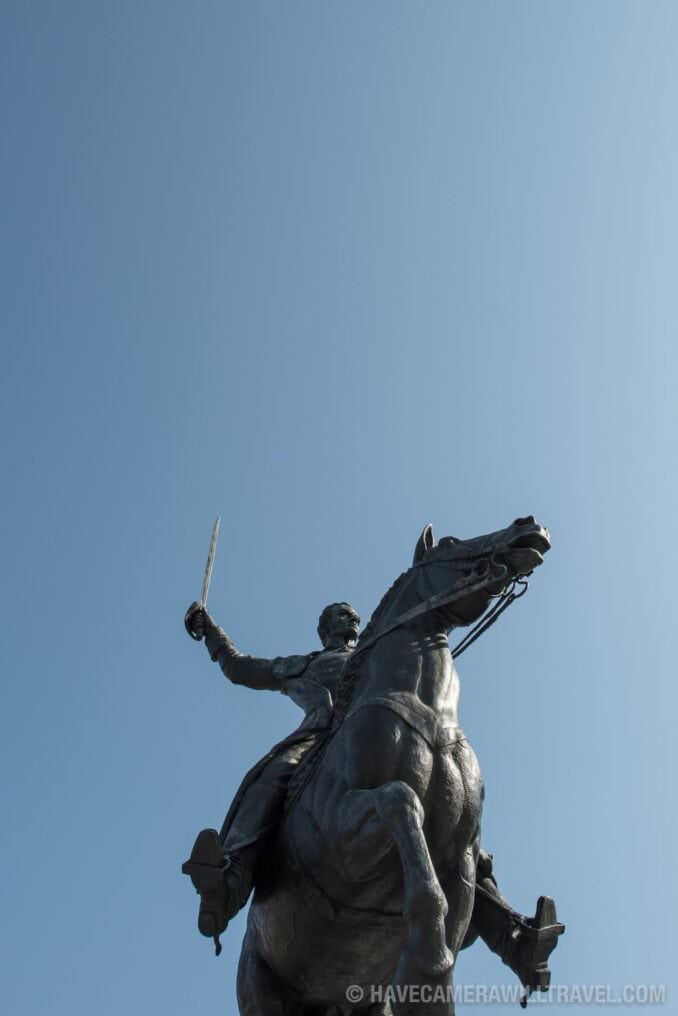 Where is the Simon Bolivar Statue?

The Simon Bolivar statue is in Bolivar Park in downtown Washington DC, a block north of the National Mall and across from Constitution Gardens.

There’s unrestricted access day and night to the statue and no problem using a flash or tripod. The statue is not lit at night.