The 17th century Japanese Pagoda is nestled amongst the famous cherry blossoms on the banks of the Tidal Basin in Washington DC. 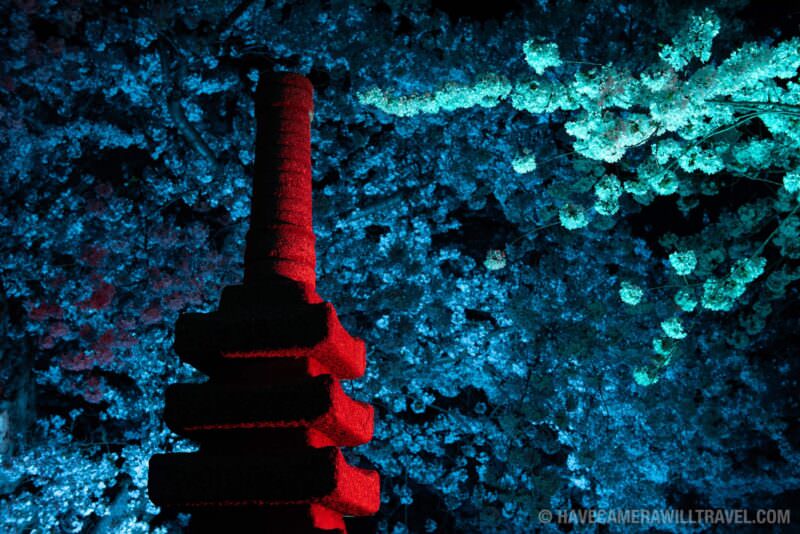 The Japanese Pagoda is one of the smallest monuments in Washington DC, and it’s very easy to miss. It’s nestled in amongst the trees on the western bank of the Tidal Basin, immediately adjacent to the southern entrance of the FDR Memorial.

It can be especially hard to find if you’re looking for something, well, grander. Pagoda is one of those words that are applied in English (though often not in their native languages) to anything from a small person-sized pillar to a massive complex of buildings in a temple. This one is definitely on the small end of the scale. It’s a nine-tiered structure about 10-11 feet high.

At first, it might seem a somewhat random place to put a Japanese Pagoda. But if you visit at the right time in the spring you’ll see why it’s there. It’s right in the middle of the thousands of cherry blossoms that were, themselves, originally gifts from Japan.

It might look relatively plain, but like the Japanese Lantern, not far away, it’s actually very old, dating back to around 1600. It’s made of 3,800 pounds of granite.

It was given to Washington DC by the mayor of Yokohama in 1957, but when it arrived it in five crates, it didn’t include any instructions on how to reassemble it. Area experts from the Library of Congress and elsewhere were eventually able to assemble it.1

It was given in the spirit of friendship to commemorate of a peace treaty in Yokohama (also known as the Convention of Kanagawa) on March 31, 1854, which U.S. Commodore Matthew Perry forced Japan to sign under the threat of naval attack.

The structure is composed of five distinct symbols, from bottom to top: earth, water, fire, wind, and sky. There are some weathered and worn carvings on the tower’s base. The main plaque on the base reads:

May this pagoda symbolize the spirit of friendship between the United States of America and Japan manifested in the treaty of peace, amity and commerce signed at Yokohama oj March 31, 1854, by the plenipotentiaries of the two countries.

Another plaque on the opposite side reads:

Presented to the City of Washington from Ryozo Hiranuma, Mayor of Yokohama, 1957.

Photos of the Japanese Pagoda 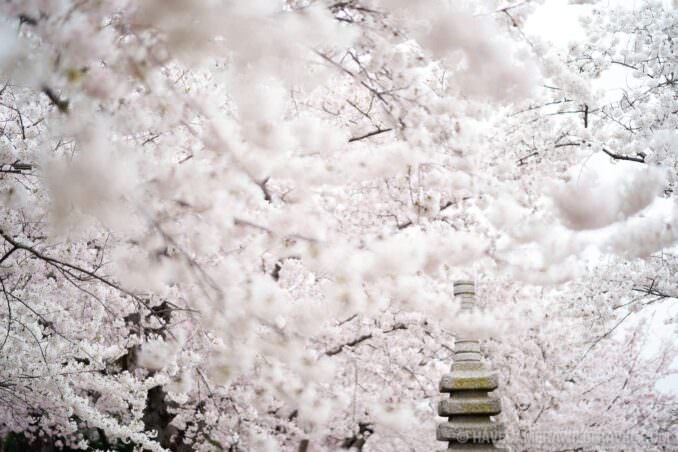 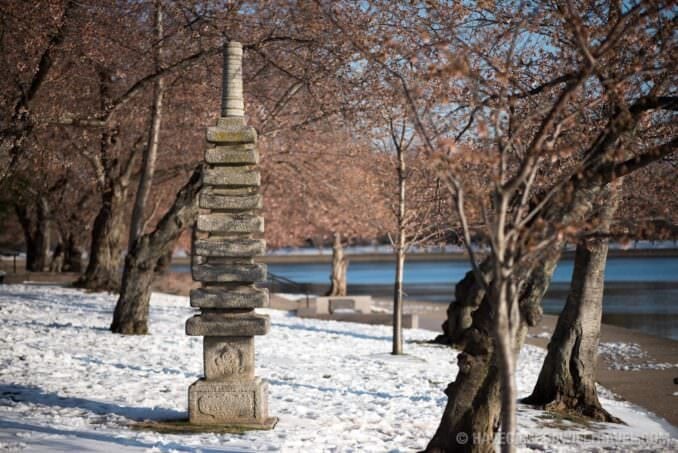 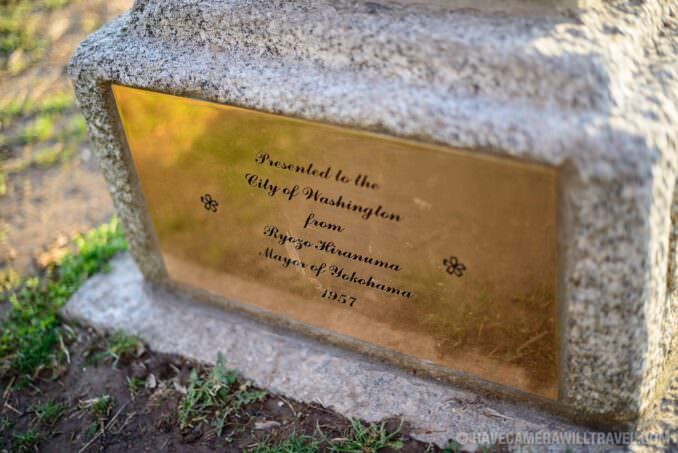 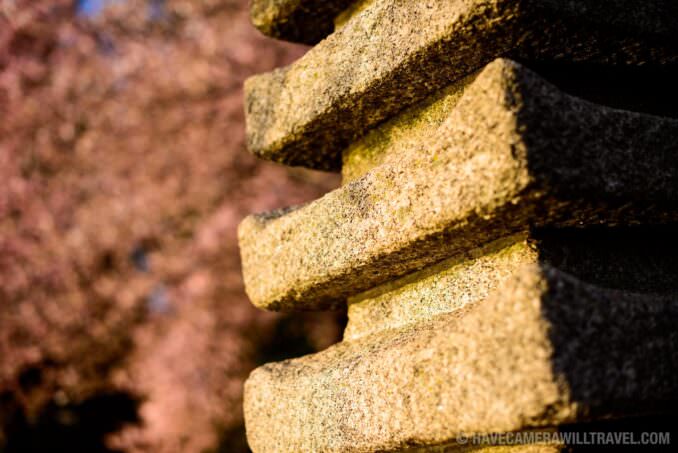 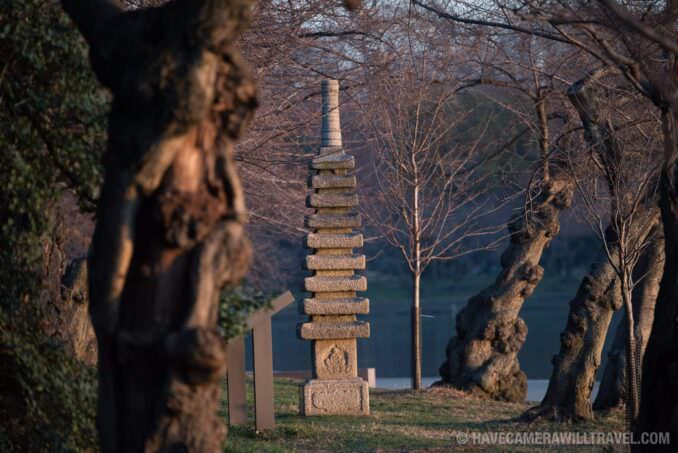 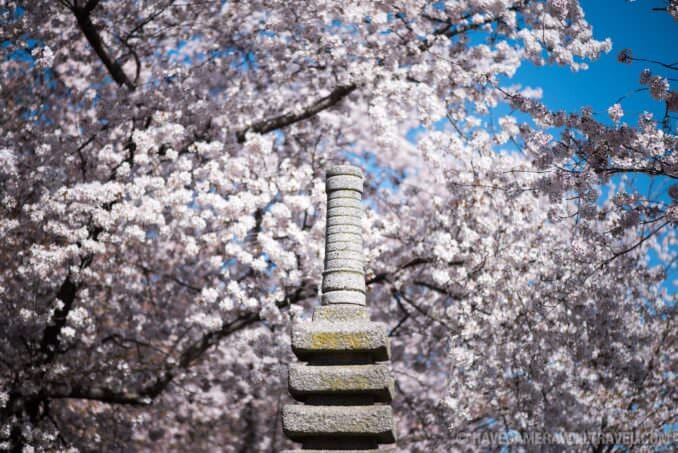 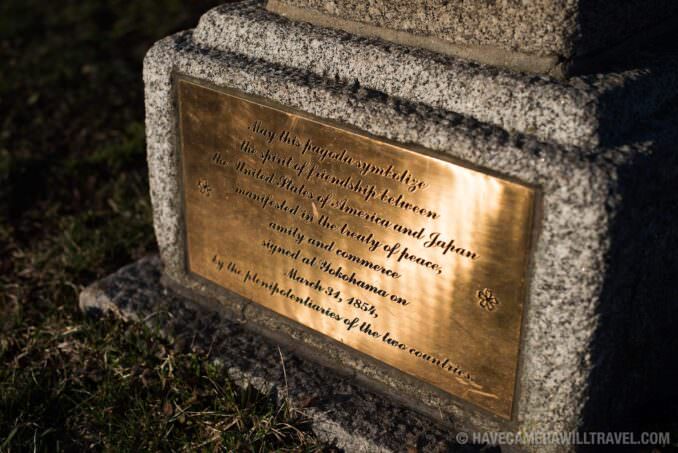 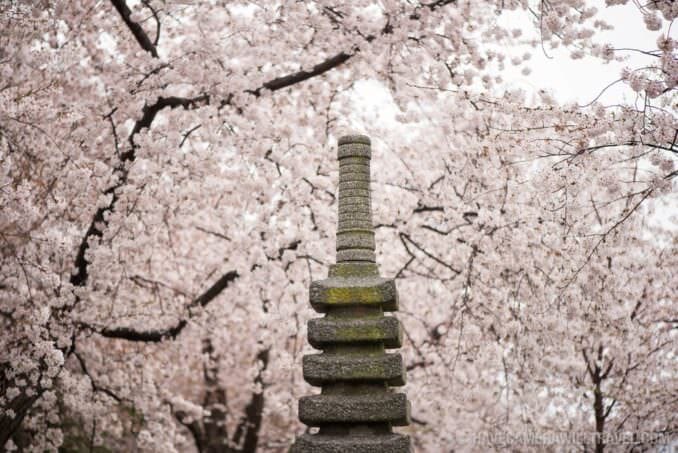 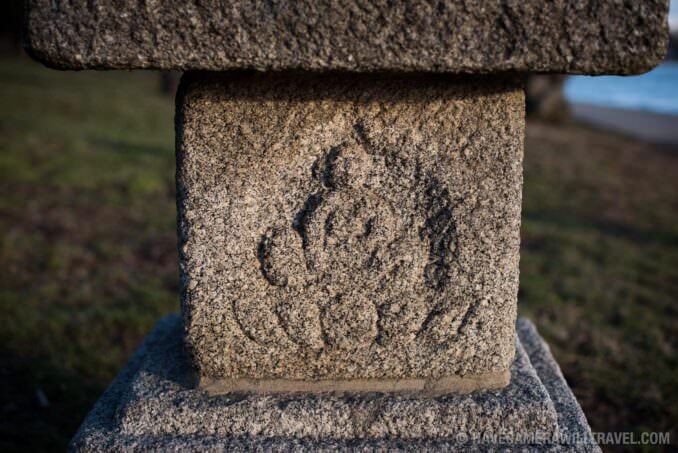 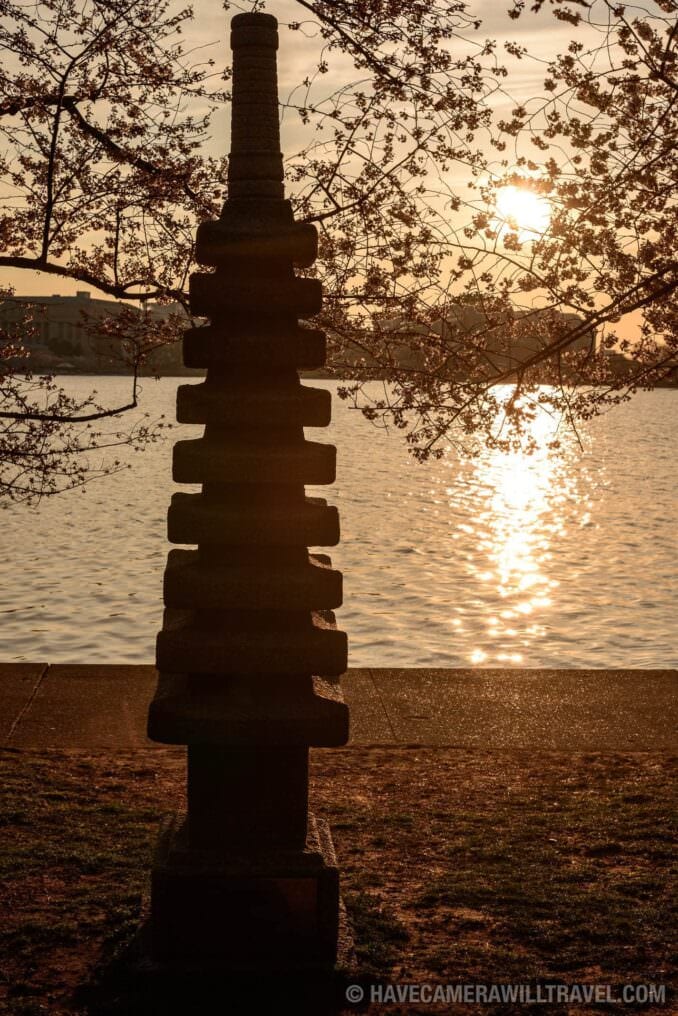 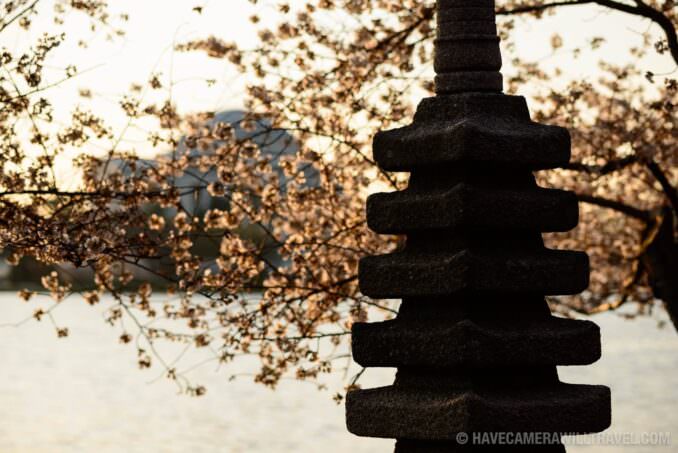 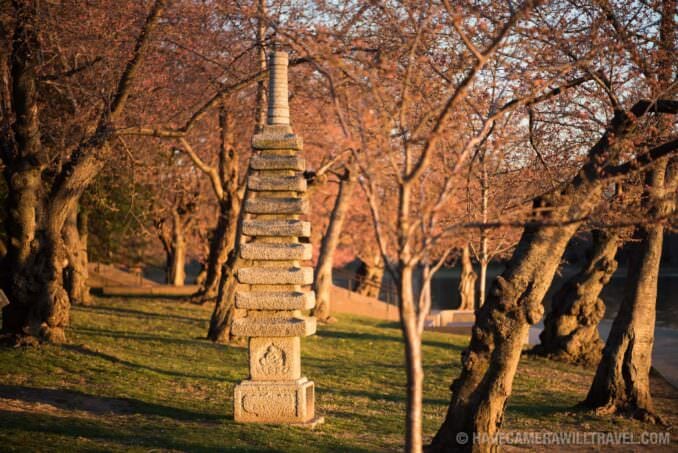 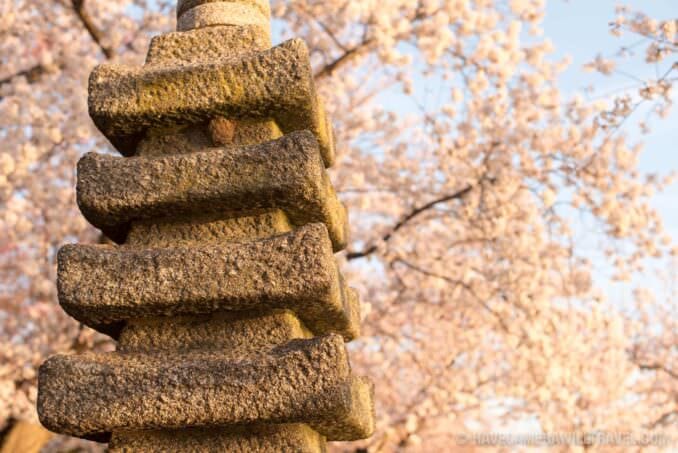 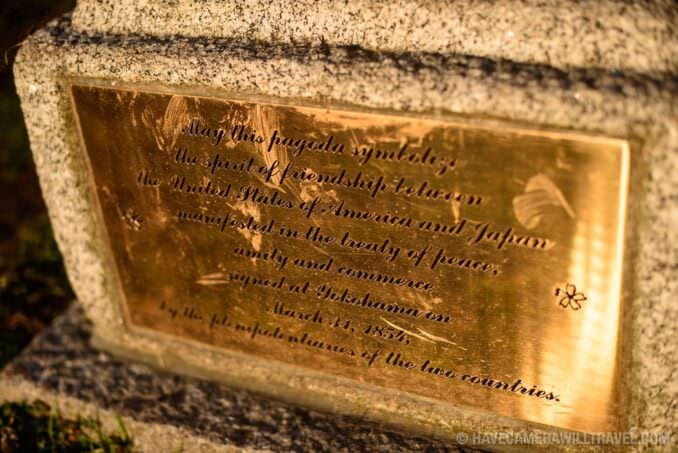 How to Get to the Japanese Pagoda

It’s on the western bank of the Tidal Basin at one end of the FDR Memorial.

Taking Photos at the Japanese Pagoda

In general, there’s no problem taking photos here within the bounds of common sense. But please don’t climb the nearby trees or put gear on them–many of these cherry trees are very old and fragile.