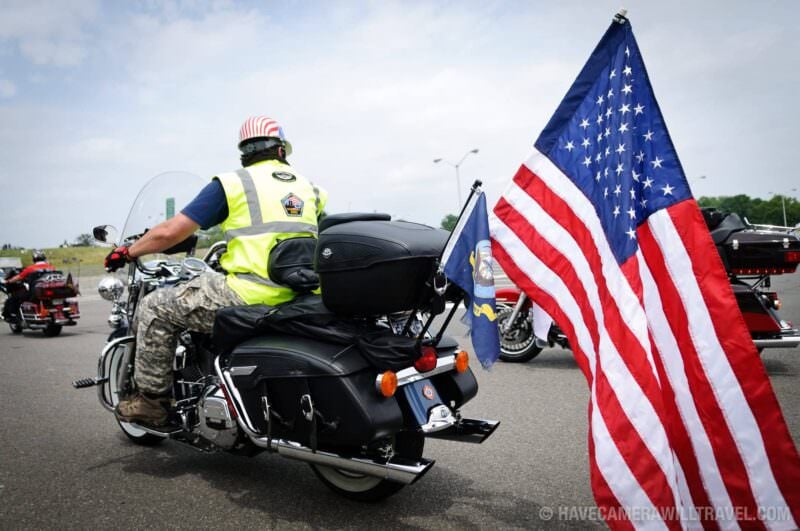 The ride’s purpose is to draw attention to the issue of prisoners of war and those missing in action (POW-MIA). Vietnam Veterans are heavily represented, but there are also veterans from other wars, especially Iraq and Afghanistan. As for bikes, there are a lot of Harleys, of course, but there both riders and bikes comes in all sorts of shapes and sizes. 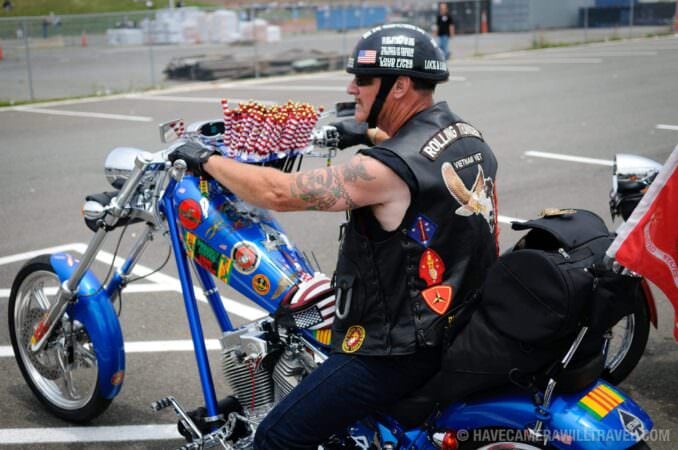 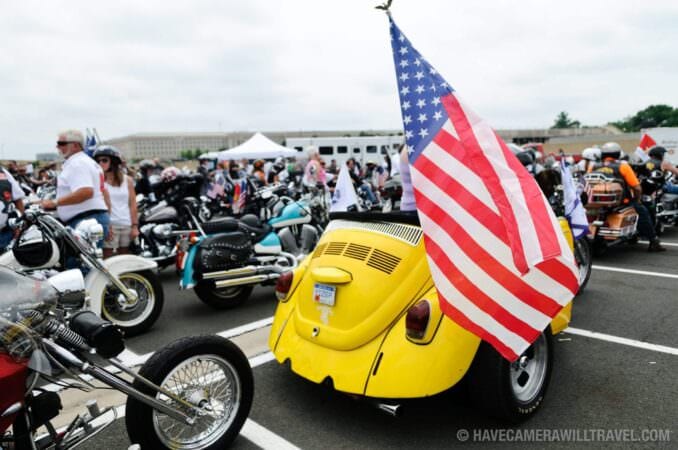 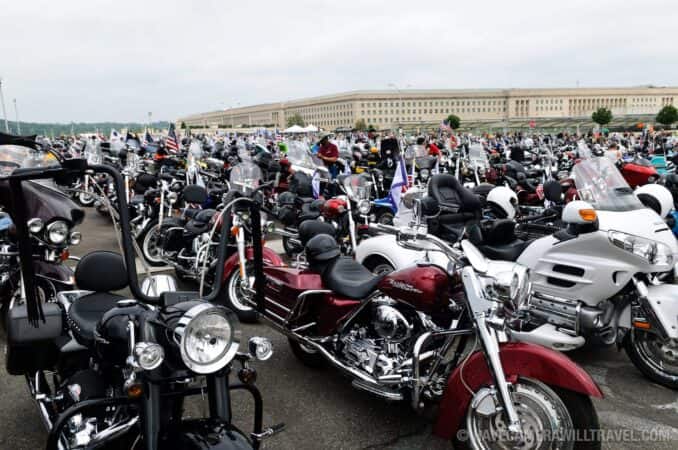 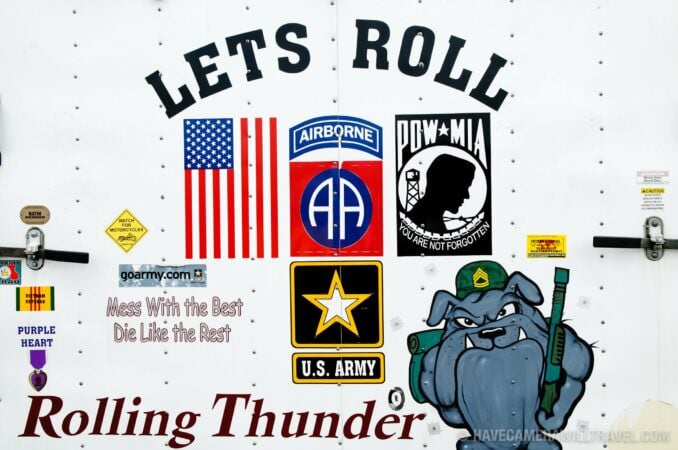 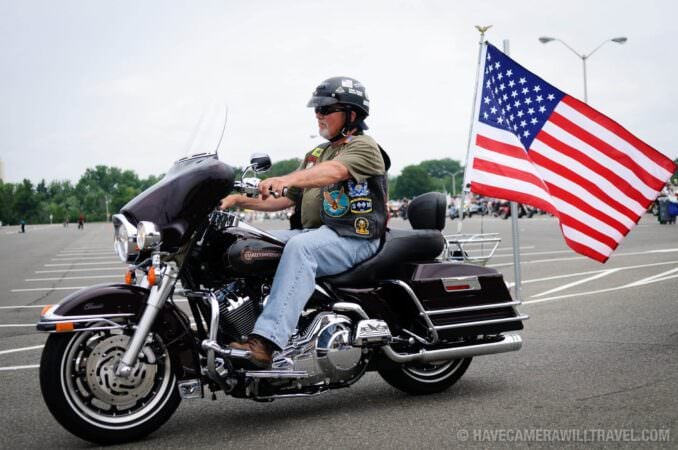 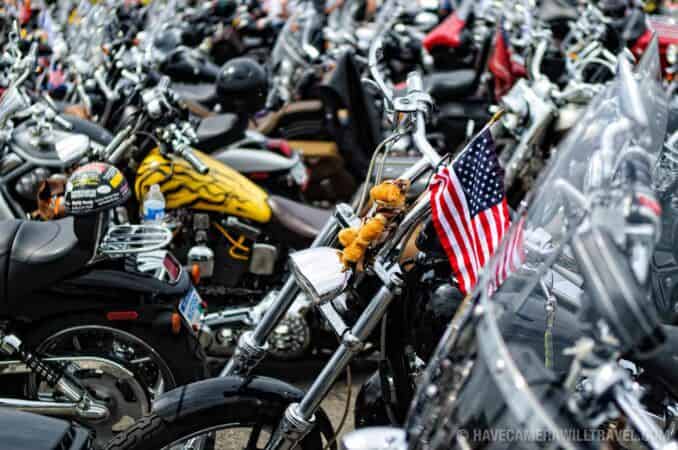 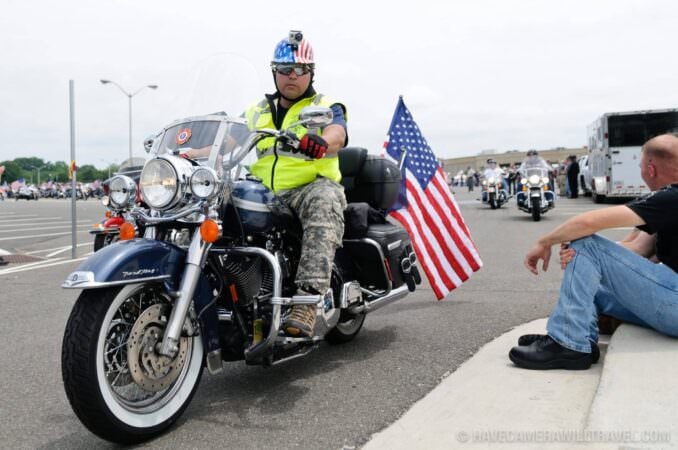 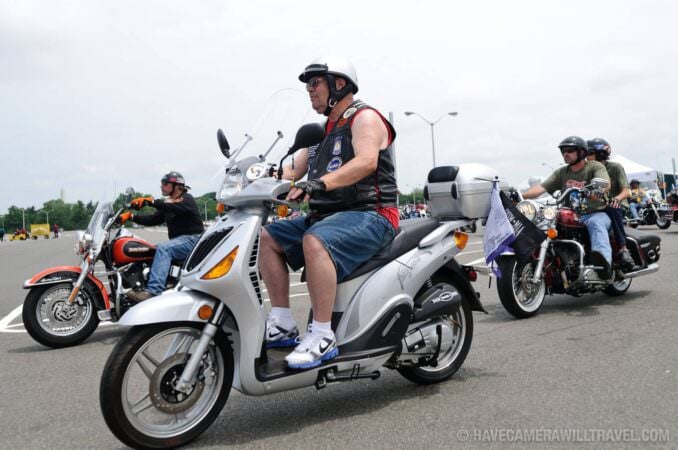 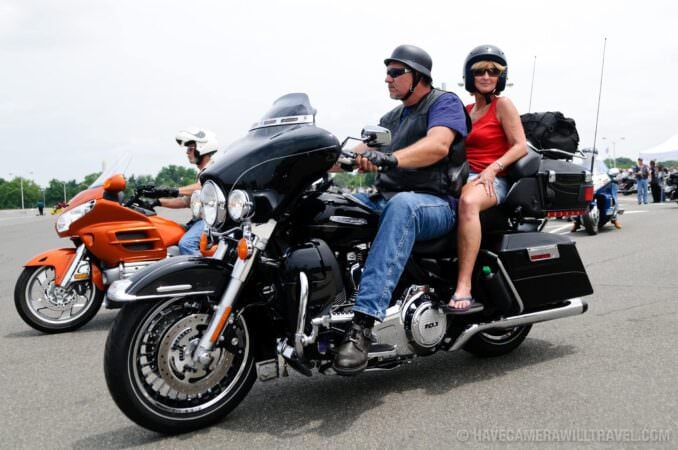 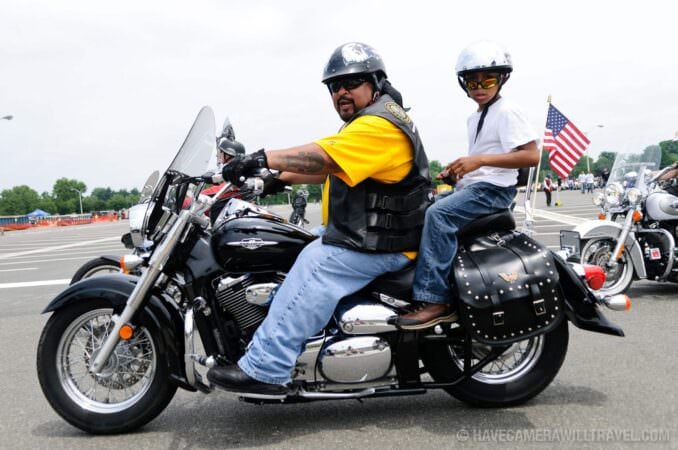 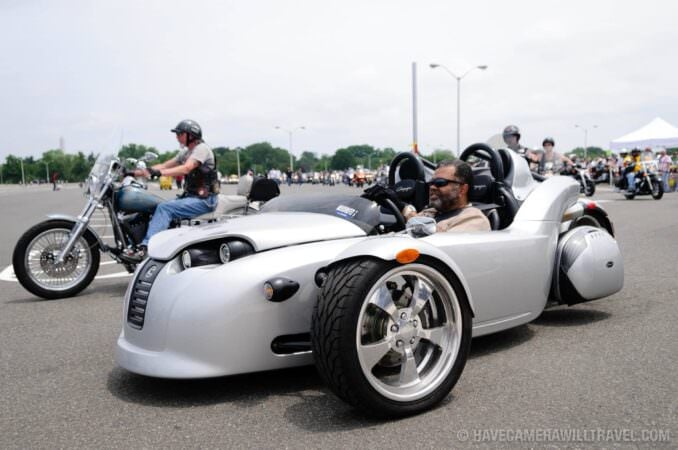 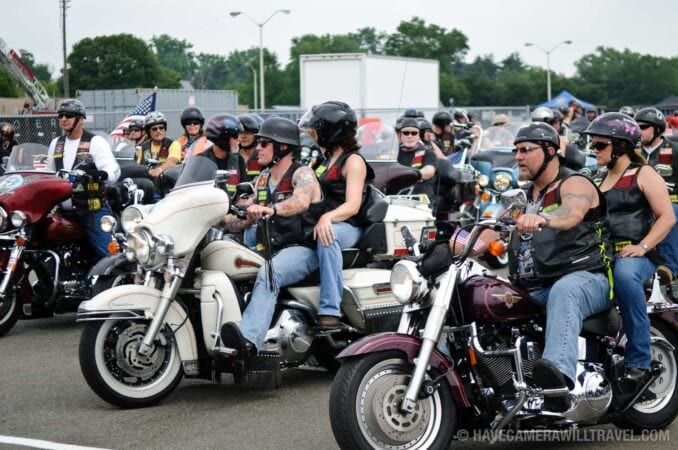 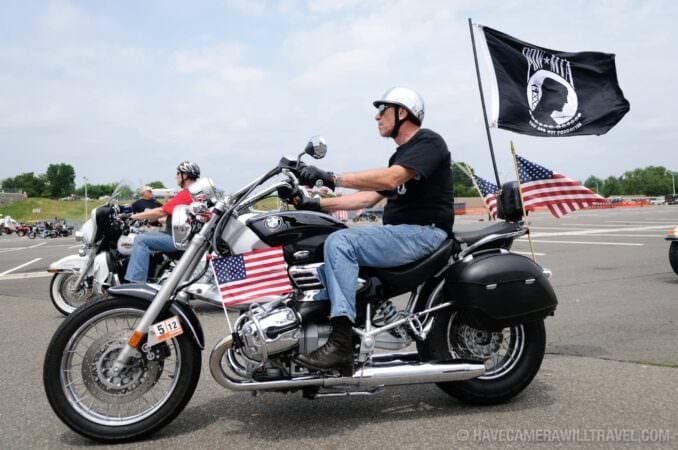 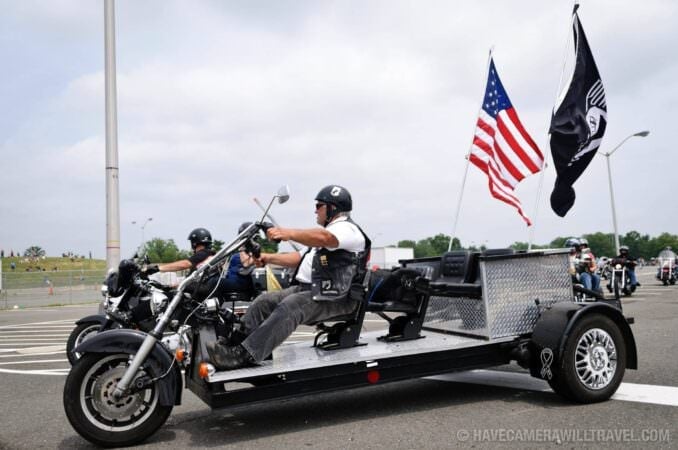 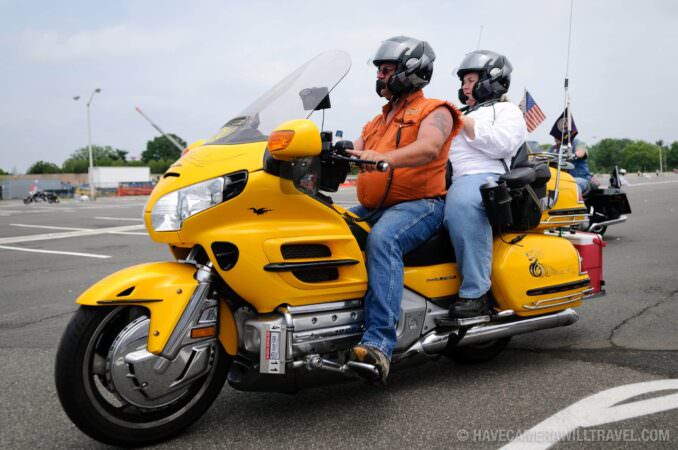 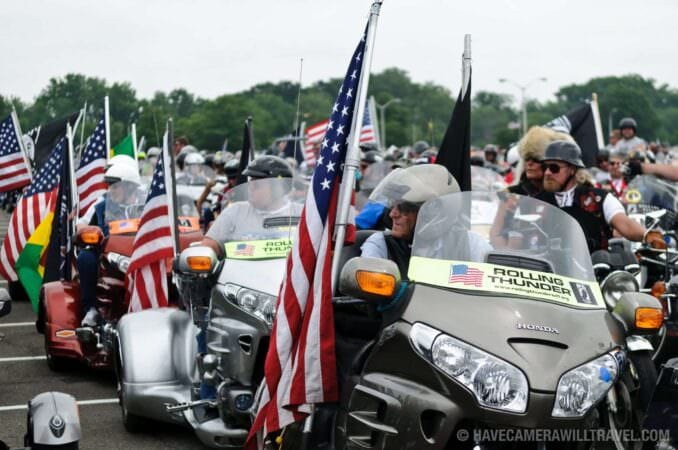 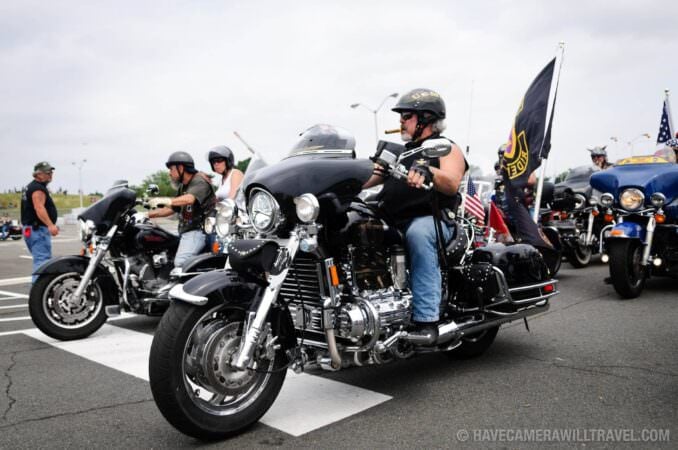 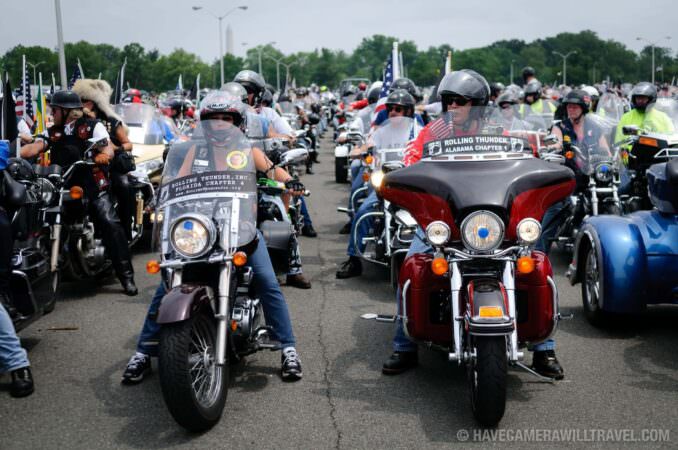 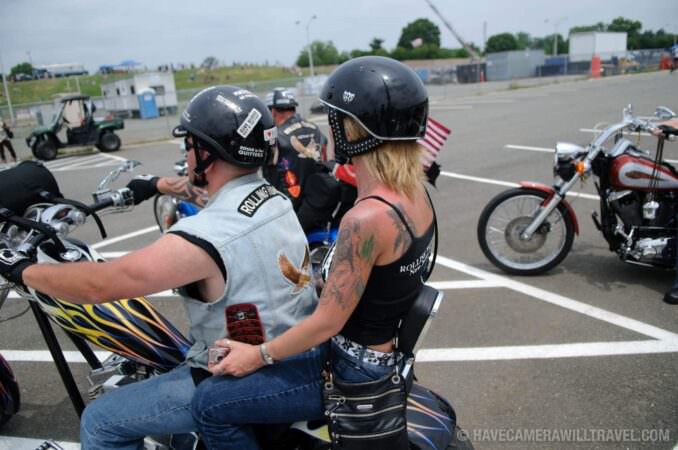 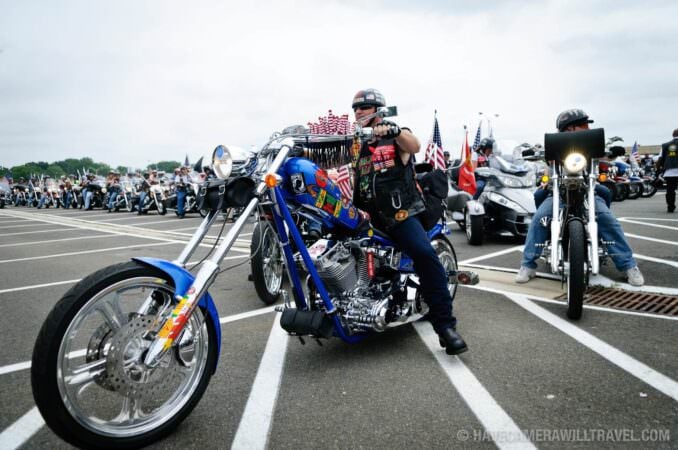 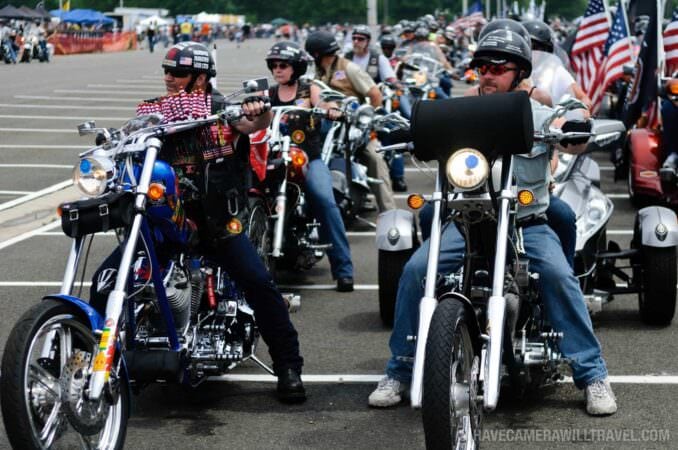 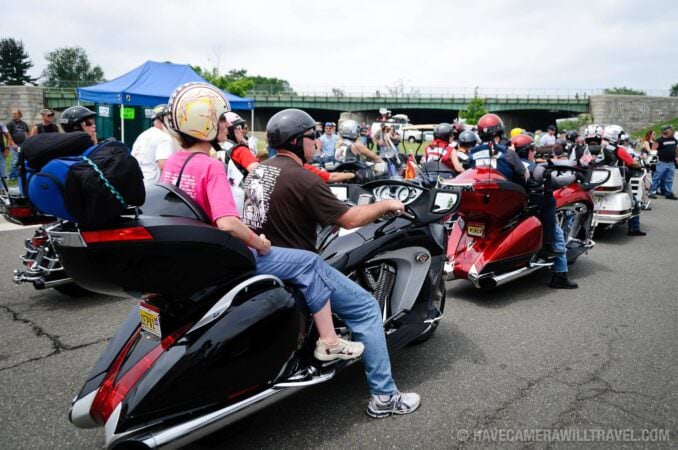 The staging area for the riders is usually in the north parking lot of the Pentagon, with overflow into the east and south parking lots. With thousands of bikes, it takes at least a couple of hours for all the riders to depart. The rumbling procession takes 2 to 3 hours to pass any given point.

The staging area is a good place to get up close to the bikes, but it’s not for anyone bothered by exhaust fumes. There’s also very little shade, and with so many bikes in motion, be sure to keep a close eye on what’s happening around you. It can get hot and noisy and aside from some porta-potties and the occasional water stand, there aren’t a lot of amenities around.

A much more comfortable option is to stake out one of the many great vantage points along the route around the National Mall. If you position yourself well, you should be able to get a shot of the riders in the foreground and one of Washington’s landmarks, like the Washington Monument or the Capitol Dome, in the background.

If you want to head to the Pentagon staging area, the best option is to get the Metro to the Pentagon station. If you’re heading down to the National Mall, the closest Metro stops are Smithsonian, Foggy Bottom, Metro Center, Federal Triangle, or Union Station. DC Police close a lot of streets around the Pentagon, Memorial Bridge, Constitution Avenue, an Independence Avenue from mid-morning through mid-afternoon, so you’ll have a lot of trouble getting about if you’re trying to drive downtown–best bet is to metro.

So long as you don’t interfere with the riders, you’re pretty much free to shoot however you like. Just don’t get run over!