Photos of the Supermoon of 2011 (March 19) rising over Washington DC’s skyline. It was the biggest full moon since 1993 and we had clear skies. 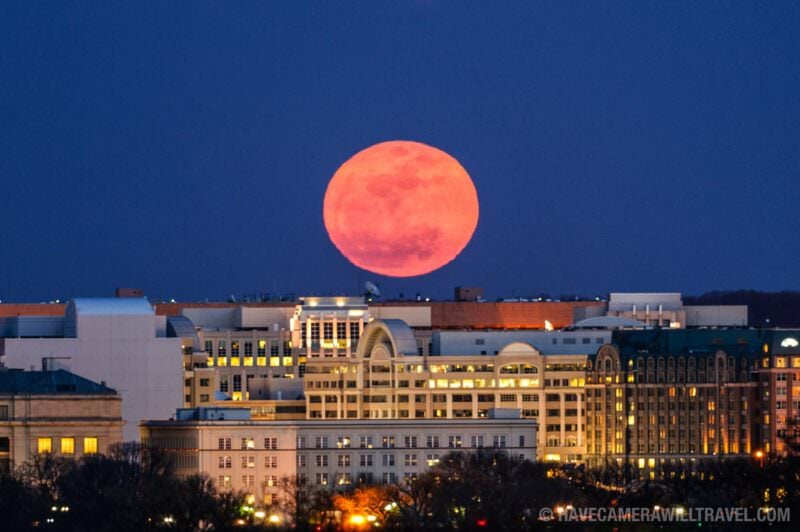 In the Washington DC area the moonrise happened to coincide with dusk with a cloudless sky. Photographers were out in force–a couple of hundred were positioned at the Netherlands Carillon next to the Iwo Jima Memorial to watch it rise over Washington DC across the Potomac.

Not long after the sun set below the western horizon, the full moon rose almost directly to the east. As it first peaked over the horizon, it was a deep orange-red color, gradually lightening as it rose higher in the sky.

It was a good time to break out the long telephoto lenses and sturdy tripods. These were taken with a Nikon 200-400mm f/4 on a Nikon D300. With the D300’s APC sensor, it was the 35mm equivalent of a 600mm lens. It was also a good time to put The Photographer’s Ephemeris through its paces. 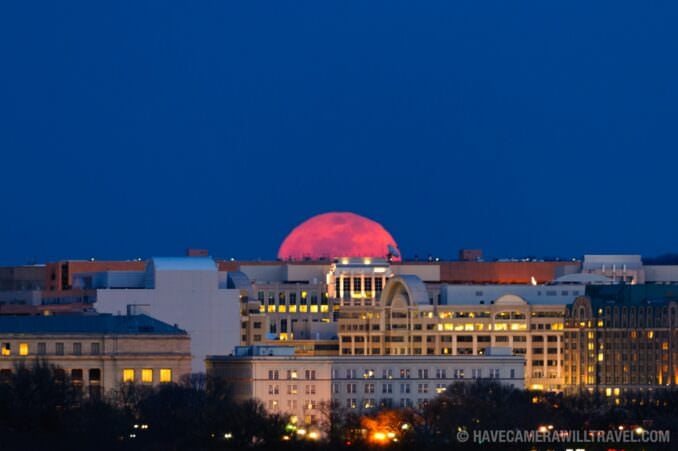 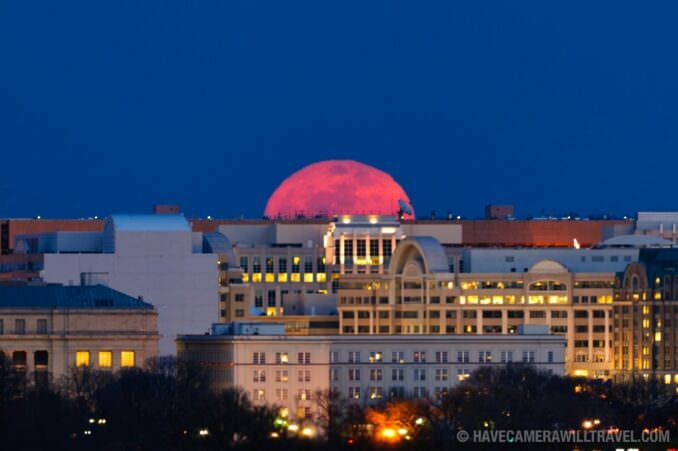 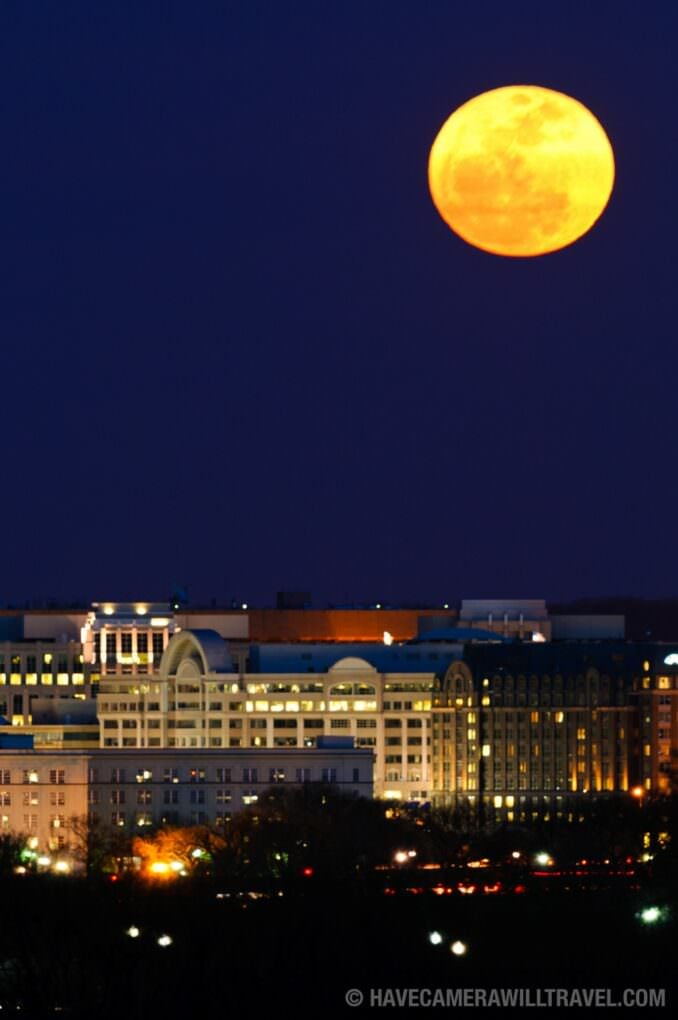 It’s also possible to have a supermoon during a new moon. But I haven’t listed those since they’re not great for taking photos.

There are some handy apps for finding out the times and angles of the moon on any given day.