First there was Stonehenge. There there was Manhattan-henge. Now there’s DC-henge. 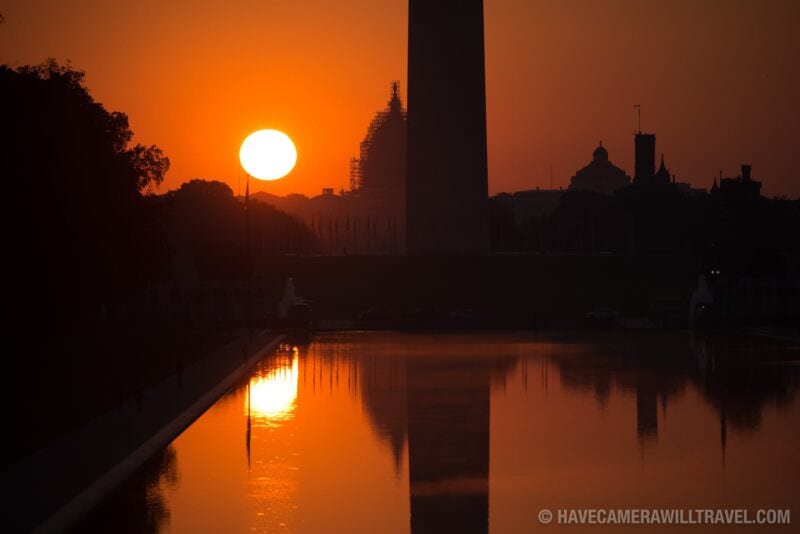 They built Stonehenge, one of the biggest henges in the world. No-one’s built a henge like that ever since. No one knows what the **** a henge is. Before Stonehenge there was Woodhenge and Strawhenge. [Eddie Izzard, Dress to Kill]

It started with the iconic photos of Stonehenge that we’ve all seen many times, like these. Then someone got in on the act using Manhattan’s gridlike streets and cavernous effect from the tall buildings, creating Manhattan-henge.

But downtown DC also has a lot of straight, flat streets on an east-west axis. The monuments and buildings of the National Mall also line up directly east-west. And in a fit of henge-envy, local photographers have now claimed a DC-henge. Naturally. 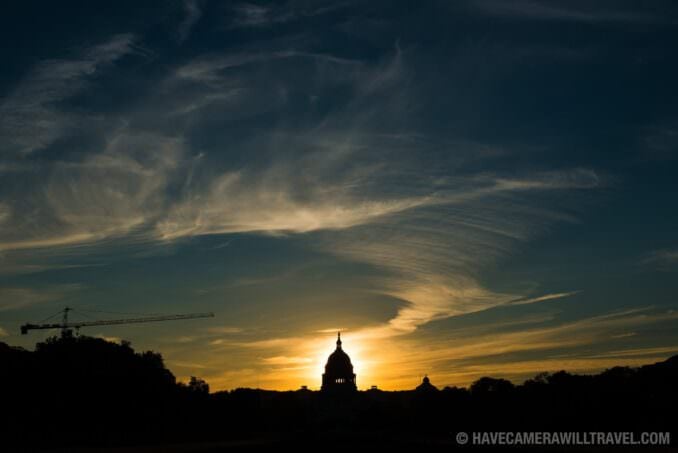 It’s really only the streets of downtown DC where this works reliably, and it won’t work on any of the diagonal streets named after states (like Pennsylvania Ave), at least on these dates.

In practice, a day or two either way can often work just as well–or even better–because the sun actually dips below the visible horizon a bit before the technical sunset time because of the city’s skyline.

DC doesn’t have anything like the towering skyscrapers of New York, but you should be able to get a similar effect with some of the built-up downtown streets. So happy shooting! And be sure not to get run over standing in the middle of the street at rush hour…