The Einstein Memorial, featuring a 21-foot, stylized bronze statue of physicist Albert Einstein, sits in a grove of holly and elm trees on the Constitution Avenue side of the grounds of the National Academy of Sciences.

The Einstein Memorial, featuring a 21-foot, stylized bronze statue of physicist Albert Einstein, sits in a grove of holly and elm trees on the Constitution Avenue side of the grounds of the National Academy of Sciences.

The memorial was unveiled on April 22, 1979, to commemorate the centenary of Einstein’s birth. In the granite base at Einstein’s feet is a sky map of the universe with 2,700 stainless steel markers embedded into the marble to create a celestial map as it was on the day of the memorial’s unveiling. In his left hand he holds papers summarizing three of his most important contributions to science, including his famous theory of general of relativity.

The main figure is three-times-life-size and is made of 7,000 pounds of bronze. The “chewing gum” style by Robert Berks isn’t to everyone’s taste, but it is certainly distinctive. “Unfinished” is one of the kinder criticisms. You might recognize the style–Berks also did the famous bust of John F. Kennedy at the Kennedy Center and others of Robert Kennedy at RFK stadium and another of Abraham Lincoln at Ford’s Theater.1

Oh, and in case you’re wondering why he has a shiny nose, it’s because of tourists rubbing it. Hey, it makes about as much sense as rubbing the plaque on the Charles Bridge in Prague, I guess. It’s also popular to have a picture taken while sitting on Einstein’s lap.

Photos of the Einstein Memorial 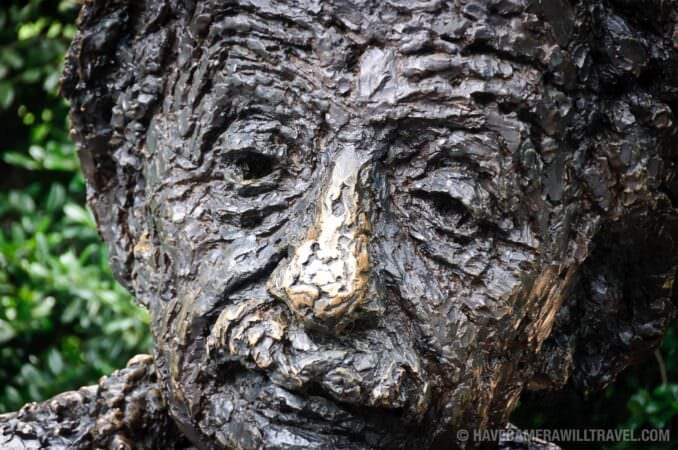 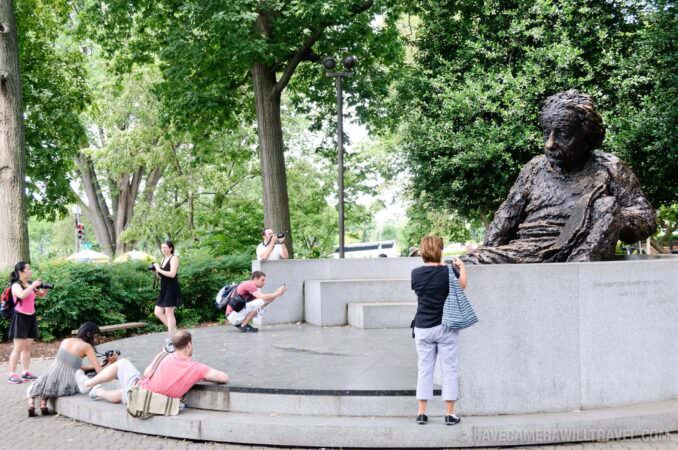 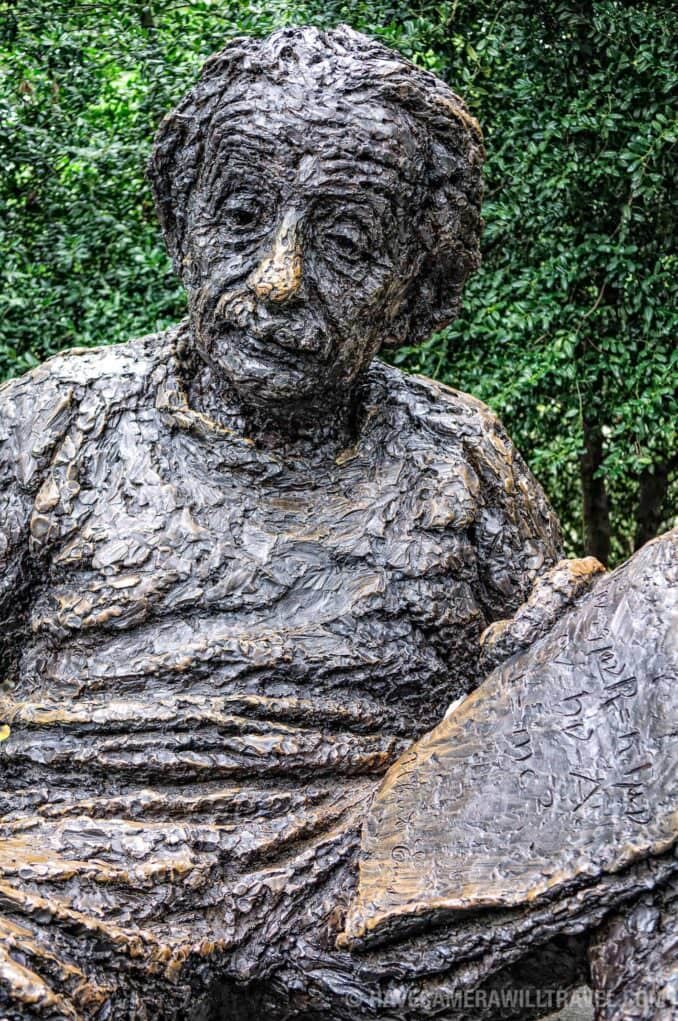 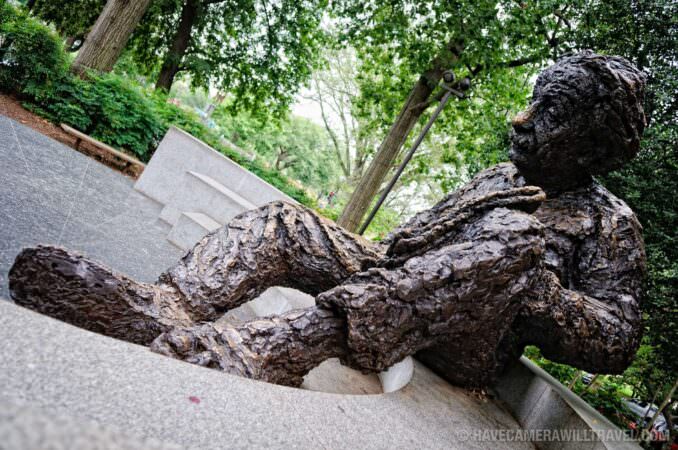 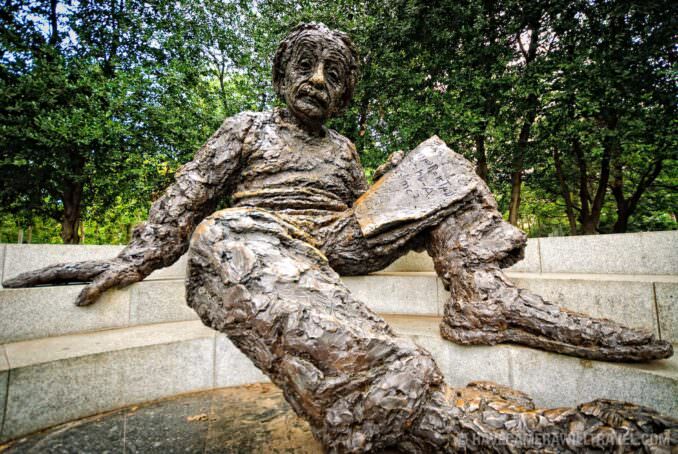 The Einstein Memorial is directly across the street from the Vietnam Veterans Memorial on the corner of Constitution Avenue and 22nd St NW. A few years ago the trees and shrubs that were blocking it from view were cleared, and it’s now much easier to find.

Generally speaking, there isn’t any reliable parking immediately next to the Einstein Memorial. Depending on the time of day and how busy it is, it might be possible to find parking along Constitution Avenue or one of the perpendicular side streets, but make careful note of the signs to make sure you don’t get towed. There’s often free parking on the opposite side of the National Mall along West Potomac Park, East Potomac Park, and Hains Point, but that’s first-come-first-served, and you might end up with a very long walk back to your car during the busy tourist season. And be warned that the roads around the Lincoln Memorial can be confusing; it’s very easy to end up across the river in Arlington before you know it. If you’re coming from the Arlington side, another good option is to park at Arlington National Cemetery (check hours and parking fees) and walk across Memorial Bridge.

The Einstein Memorial is accessible all day and night (although exercise sensible caution at night–it’s a little off the beaten track, partially obscured by hedges and trees, and there are few passersby). There’s no problem using flash and no posted restrictions on using tripods.

To find out whether commercial photography shoots or filming is possible, contact the National Academy of Sciences.