The United States Air Force Memorial, in a small, raised space between Arlington National Cemetery and the Pentagon, was opened in October 2006. 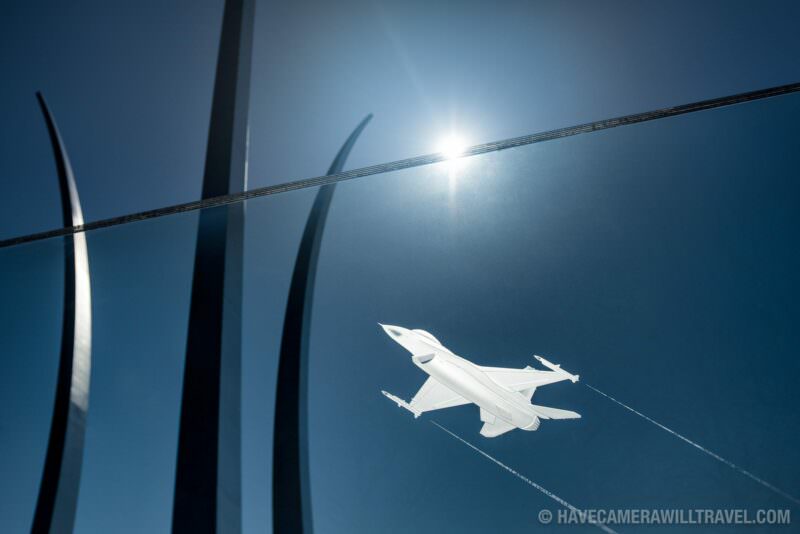 The United States Air Force Memorial, in a small, raised space between Arlington National Cemetery and the Pentagon, was opened in October 2006. And being so tall and distinctive, you can see the memorial from miles around. The catch, though, is that it’s not the easiest of Washington’s monuments to get to.

During the planning stages, its location was controversial–originally, a different design of a large star with an underground visitors’ center was planned for between the Iwo Jima Memorial and the Netherlands Carillon, but that raised loud objections for a host of reasons. So a new location was chosen which had the added advantage of not requiring any height restrictions, thereby allowing the new design that we see today. Another advantage was that it placed the memorial right next to Fort Myer, where Orville Wright first demonstrated the wonders of flight to the military brass in 1908.1

The design is by James Ingo Freed, who also designed the Holocaust Museum on the National Mall and the Reagan Building on Pennsylvania Avenue. The core of the memorial consists of three tall towers of steel-plated concrete; the tallest of the three towers is 270 feet high. It’s intended to evoke one of the signature moves of the Air Force Thunderbirds, known as the bomb burst maneuver, as well as the traditional “missing man” formation often used at Air Force funeral flyovers where one plane peels off from the others. At their base, off to one side, are four bronze statues titled Air Force Honor Guard.

Photos of the US Air Force Memorial 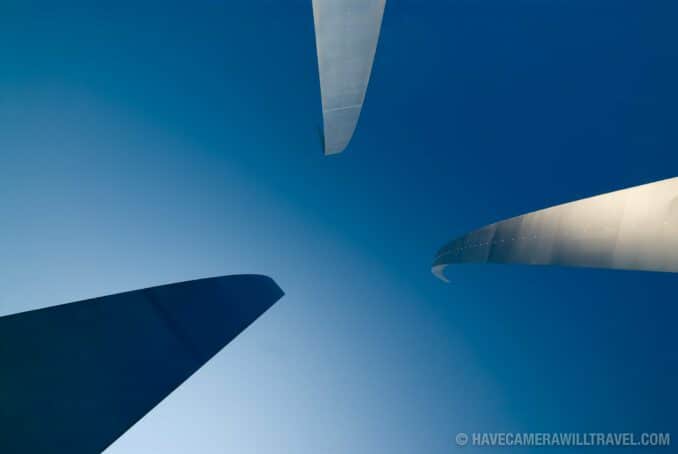 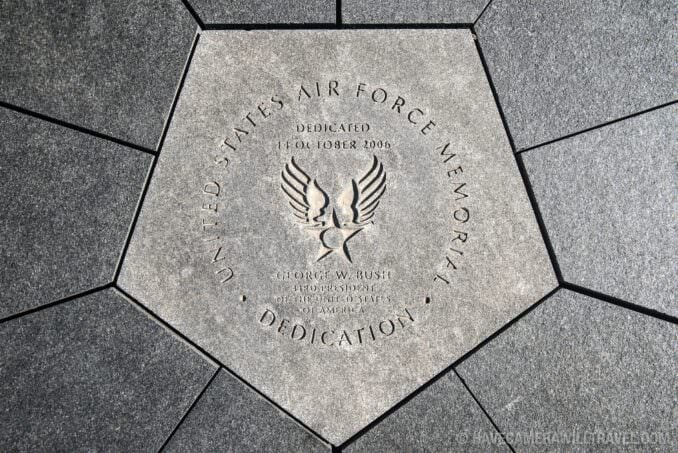 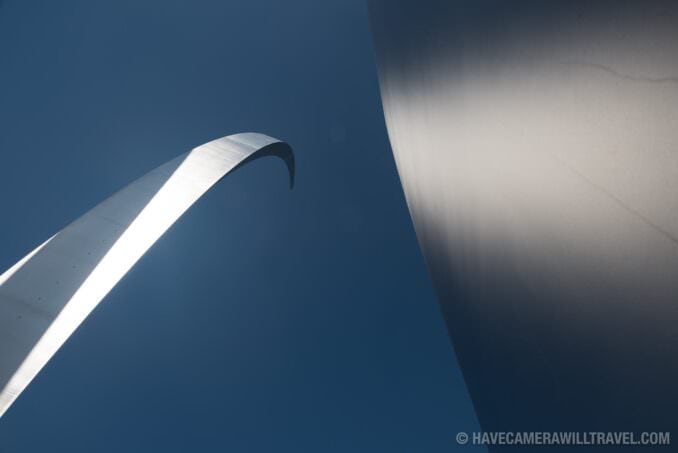 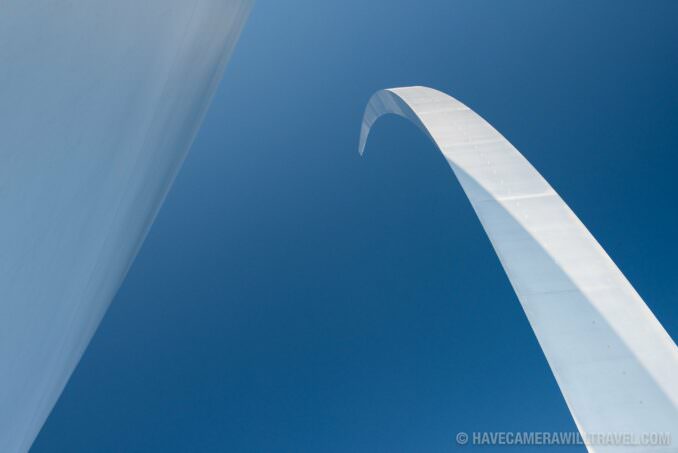 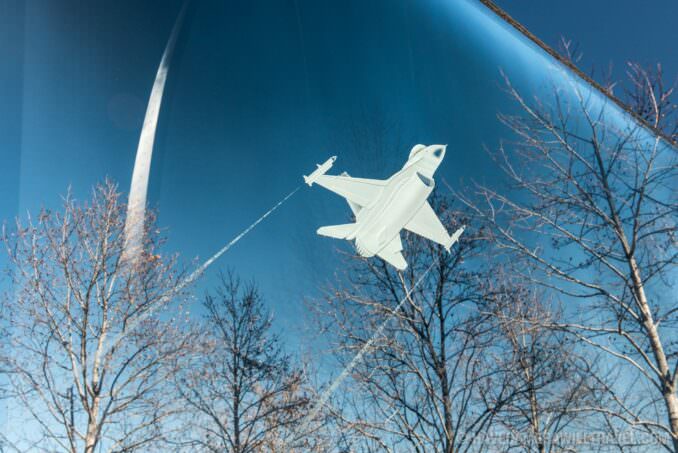 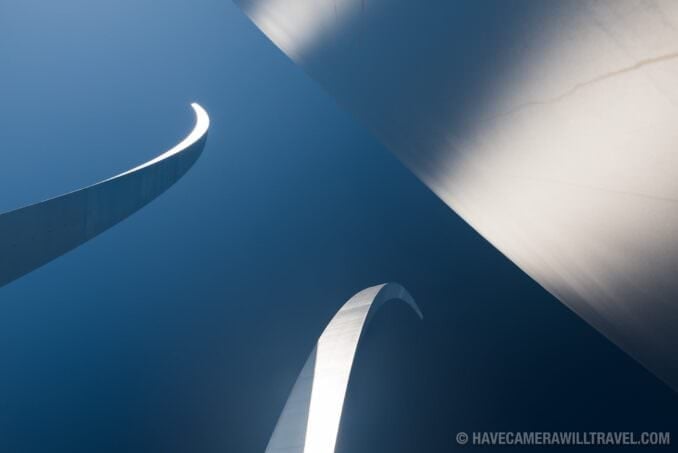 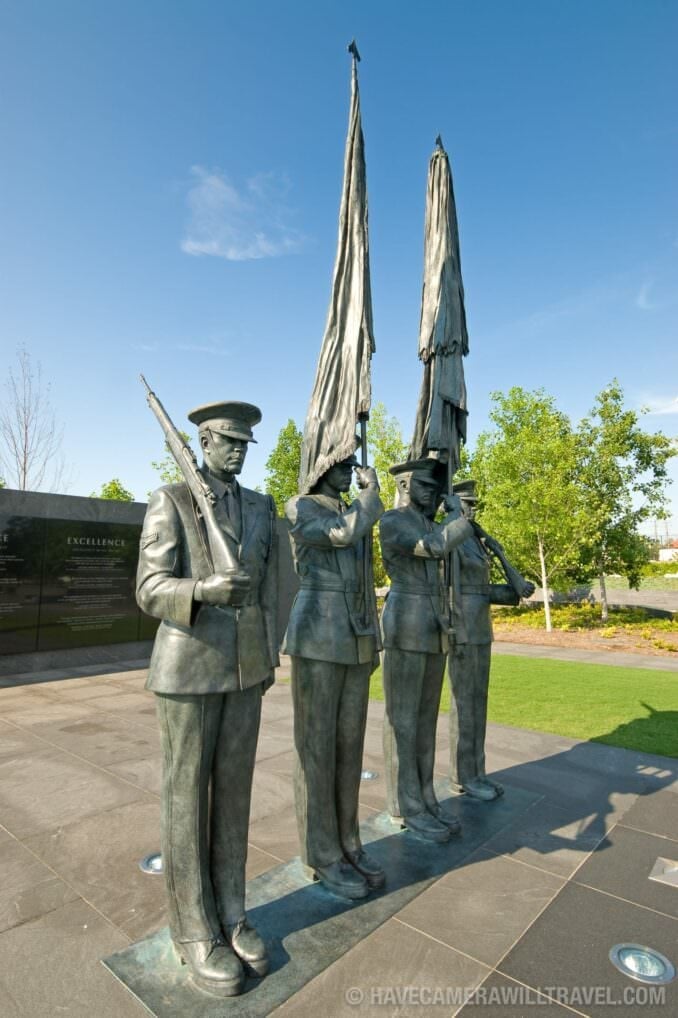 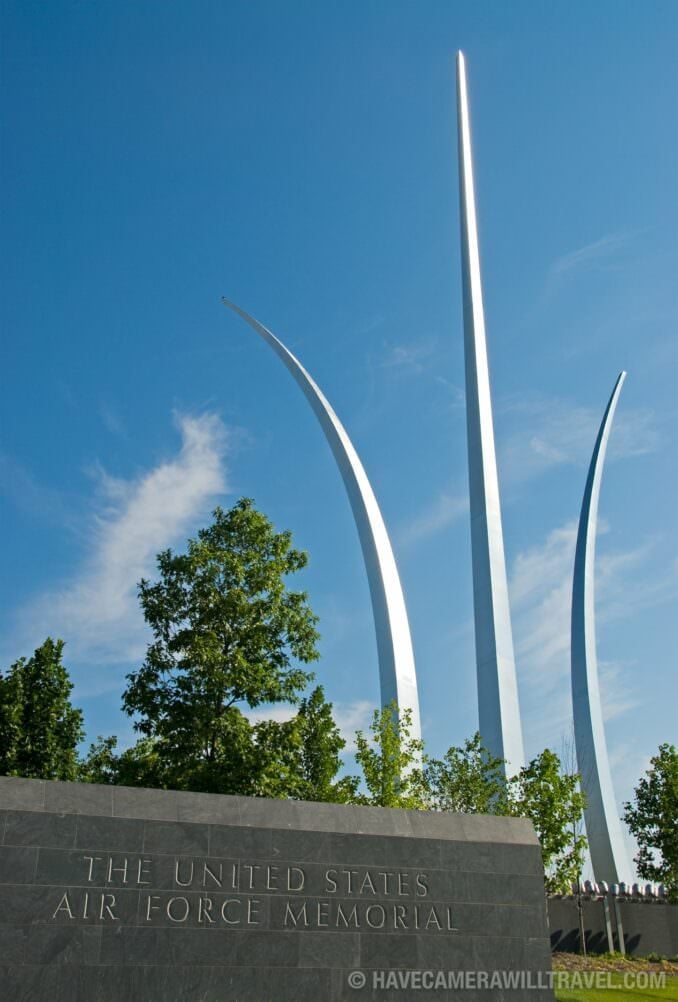 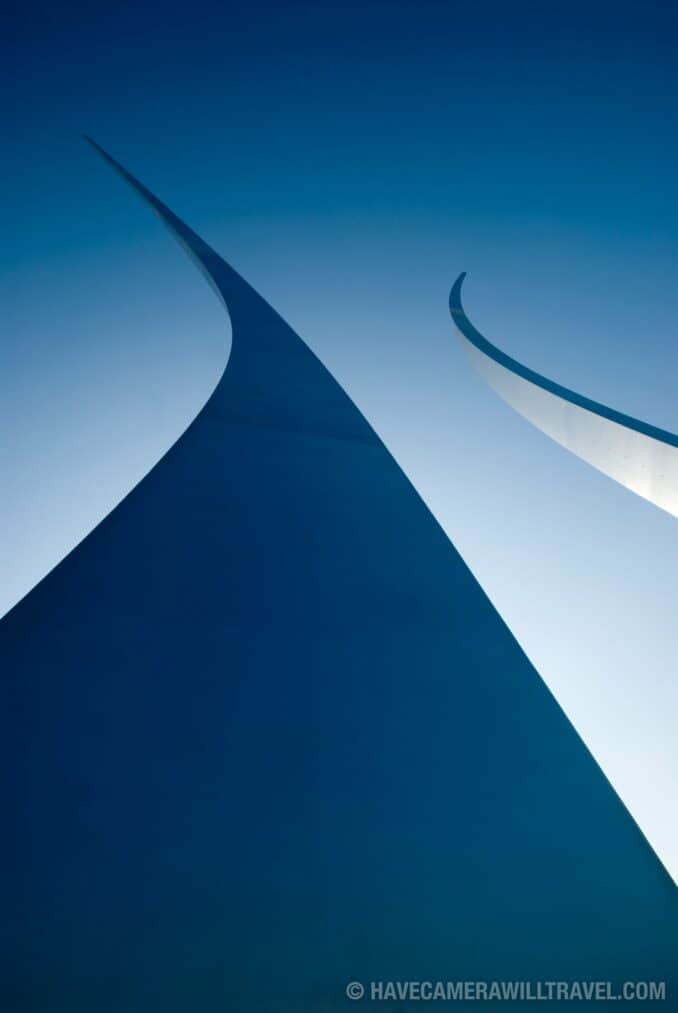 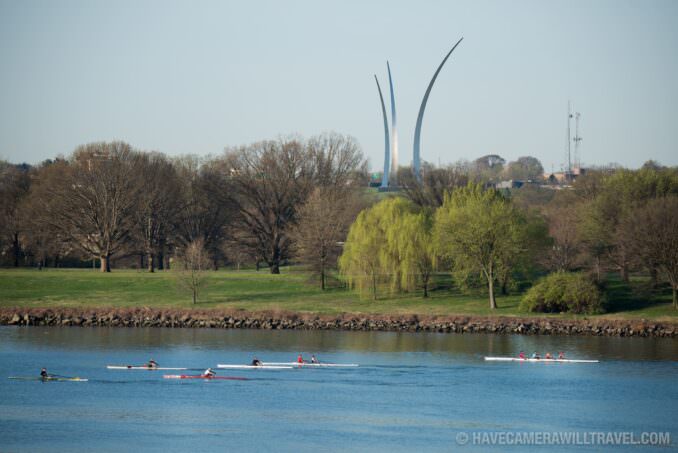 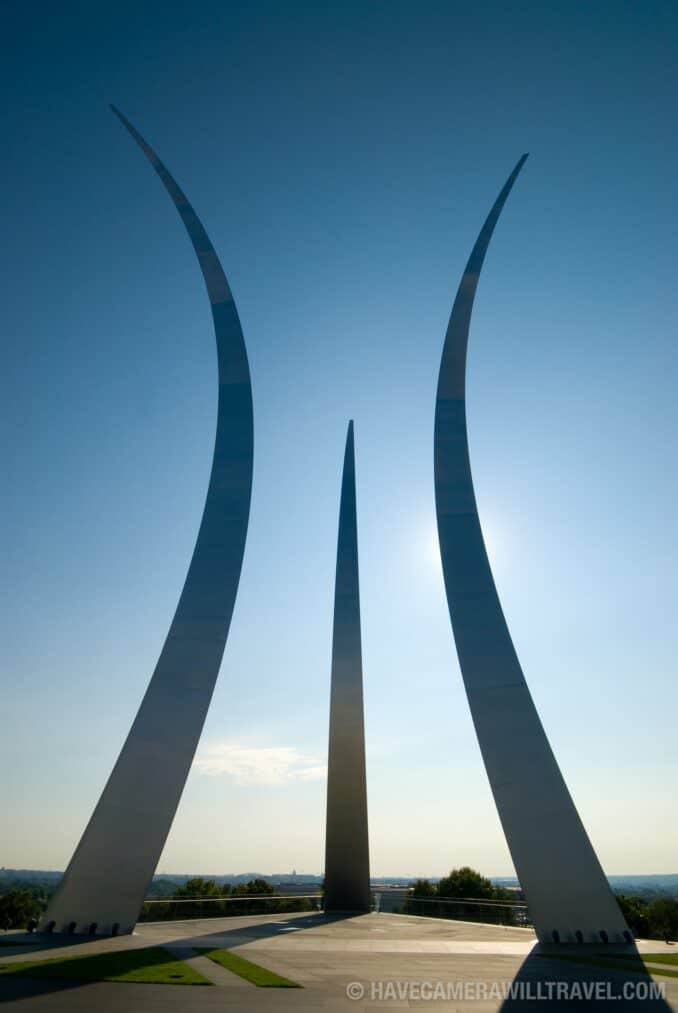 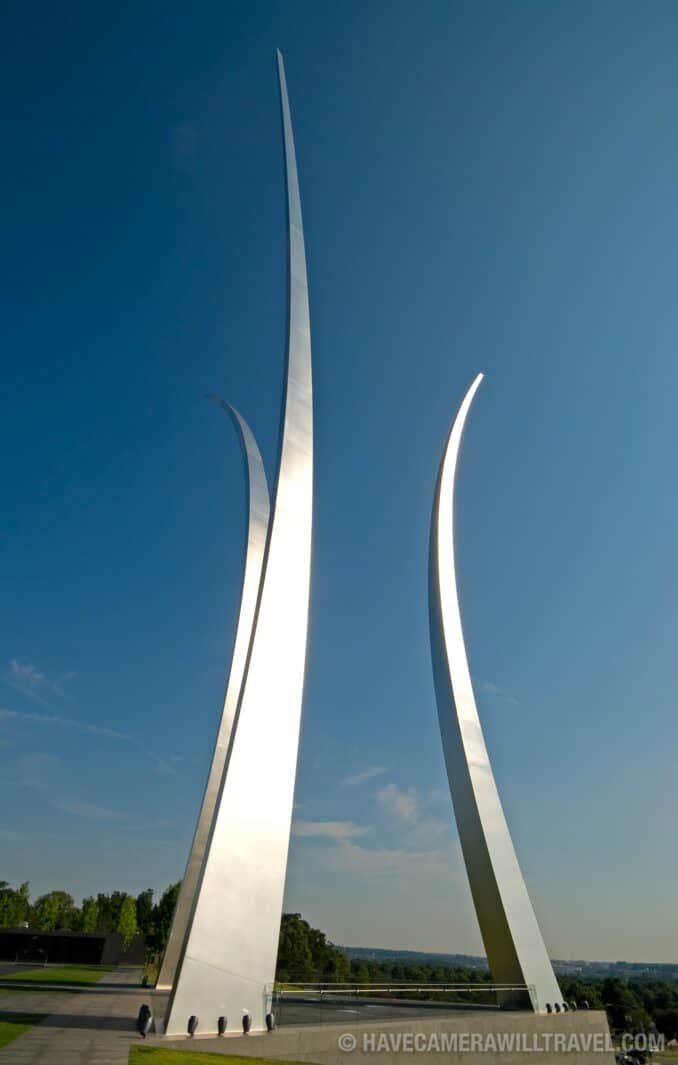 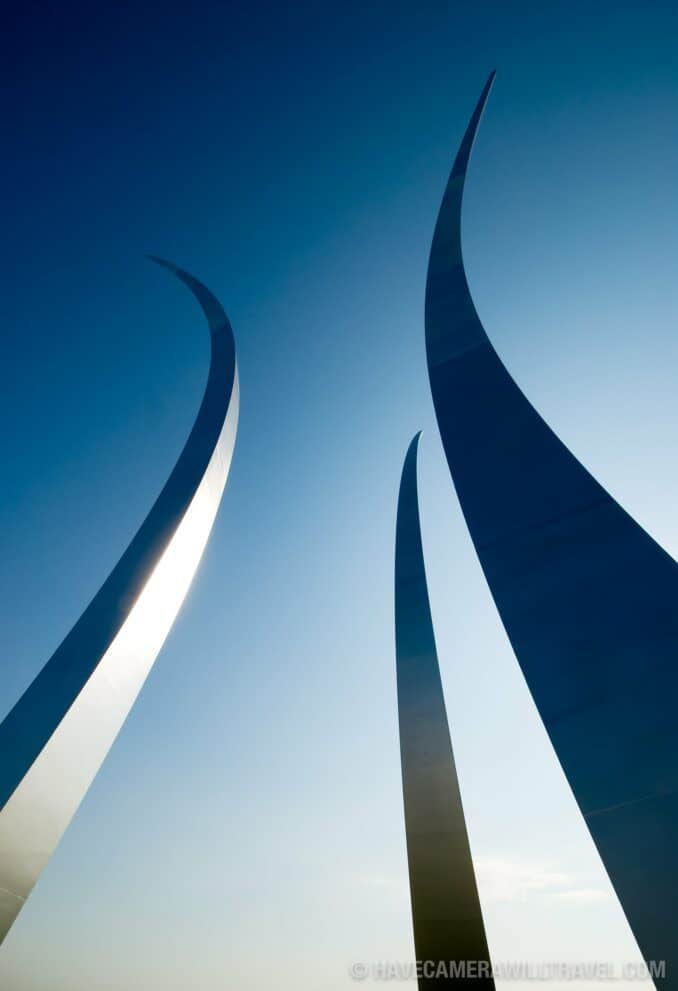 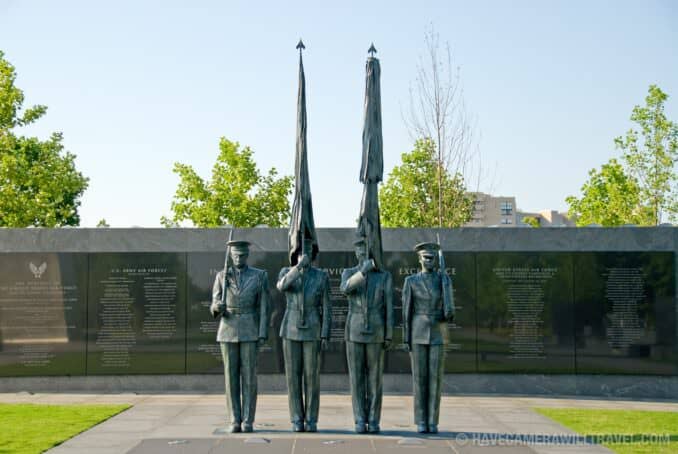 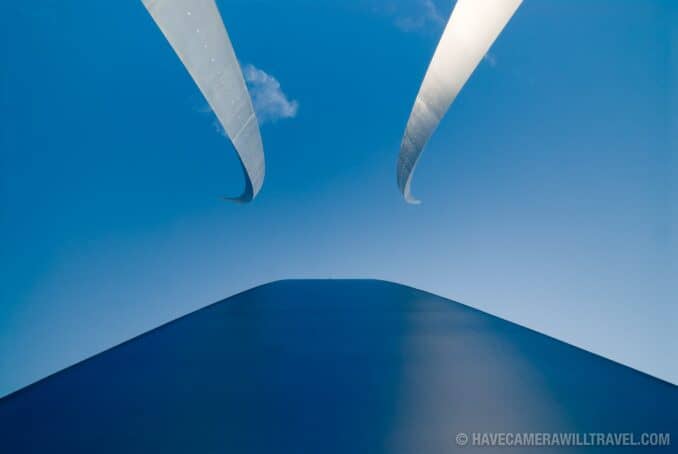 The Air Force Memorial closes at night. It is, however, illuminated at night, but not evenly, so it’s tricky to get a good evening shot of it.

You’ll want to take a wide-angle lens with you if you want to get the full monument in the frame. The memorial’s grounds are quite compact, so it’s not easy to wander back to get a little further away.