It’s not just any old train station that can be the venue for a black-tie presidential inaugural ball. But the lavish Union Station, not far from the US Capitol Building, is one of the few that does. It’s an impressive blend of form and function. 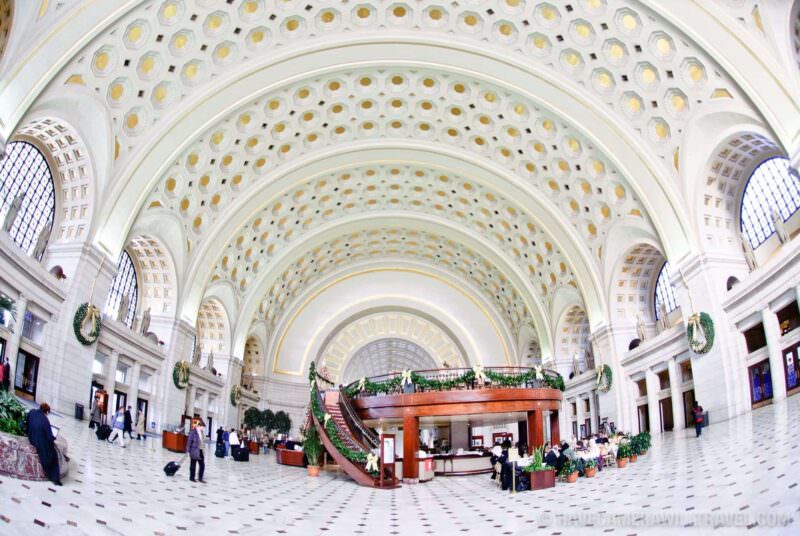 Not just any old train station makes for an entirely appropriate venue for a black-tie presidential inaugural ball. But the lavish Union Station, not far from the US Capitol Building, is one of the few that does.

When it was completed in 1908, in an era where rail was the main mode of intercity transport, Union Station was the portal for just about anyone coming to DC from afar. It was designed as a grand entrance to the capital of a growing nation.1

During World War I, it was one of the main hubs for the mobilization effort. In addition to the many troops who passed through, Eleanor Roosevelt and Mrs. Woodrow Wilson both contributed to the war effort by working in the canteen there.2

In the 1960s and 1970s, despite an effort to create a National Visitors Center at the station for events related to the bicentennial celebrations, the station fell into disrepair and was closed for much of the 1980s. It was reopened in 1988 after a massive, $160 million renovation effort funded by a combination of public and private moneys that created the station we see today which is a showcase blend of form and function.

The baroque-style building was designed by architect Daniel Burnham, the very same Daniel Burnham who designed the Flatiron Building in New York and the so-called White City of the World’s Columbian Exposition in Chicago in 1893 and featured as one of the main protagonists in Erik Larson’s bestseller The Devil in the White City.

Atop the archives on the outside are a series of statues of Roman gods (1908; Louis Saint-Gaudens). Out front is the Columbus Fountain (1912; Lorado Taft) celebrating Christopher Columbus, credited as the European who discovered the Americas. There’s also a twice-actual-size replica of Philadelphia’s famous Liberty Bell; this one’s called the Freedom Bell and dates to the 1980s.3

And despite its stately architecture, location, and the statues of Roman sentries lining the walls inside the massive main concourse, the “Union” in “Union Station” doesn’t have anything to do with the Civil War. There are actually many union stations around the United States and it refers to a station originally owned by two or more rail companies.

Something like 100,000 people use Union Station on any given day (presumably that includes the metro station in the facility as well), with about 20,000 passing through the Main Hall. Travel+Leisure Magazine also ranked Union Station as the world’s third most-visited tourist attraction, although I suspect that’s lumping together tourists just visiting the station and the vast majority of people who are using it as a functional transportation hub.4

Oddly, Union Station actually has its own airport code: ZWU. I don’t recommend trying to book a flight from there. 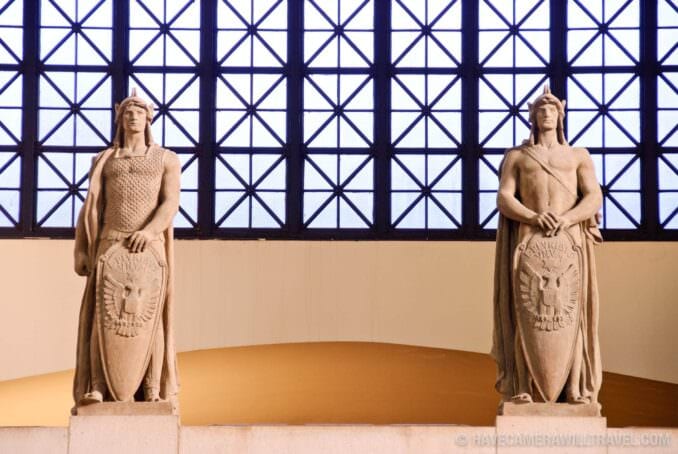 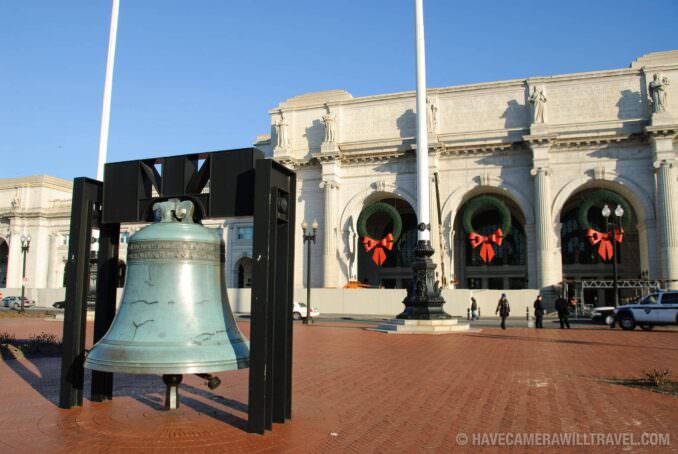 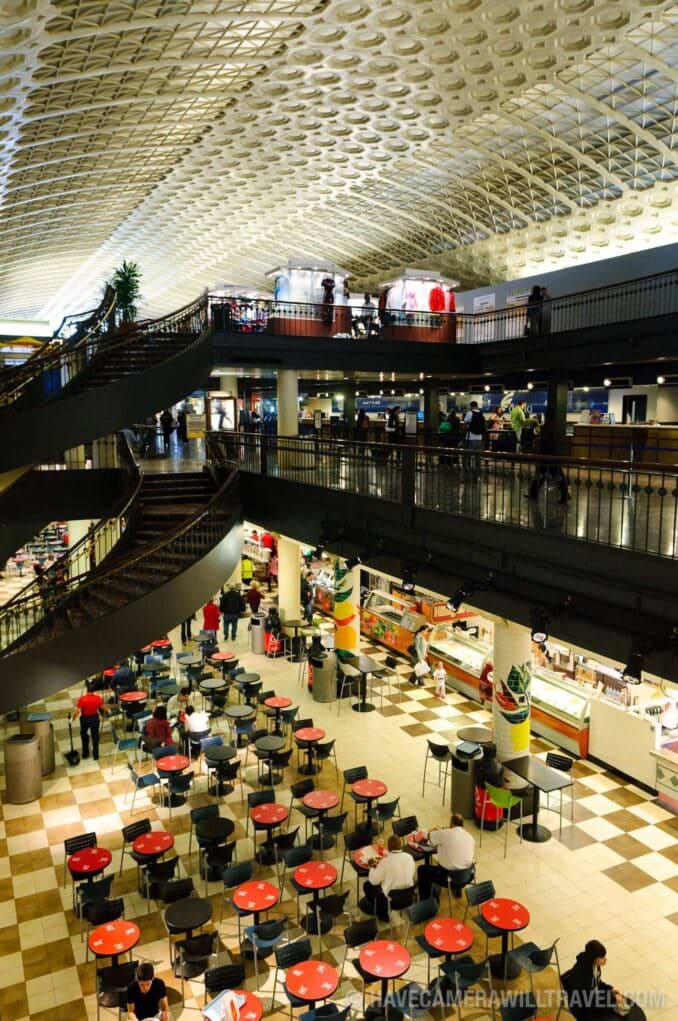 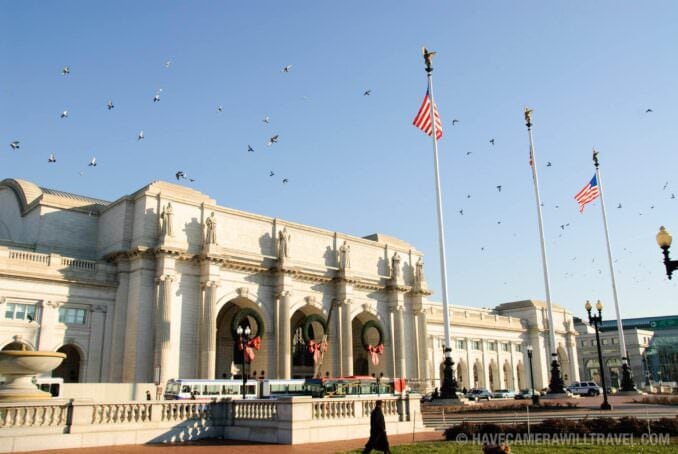 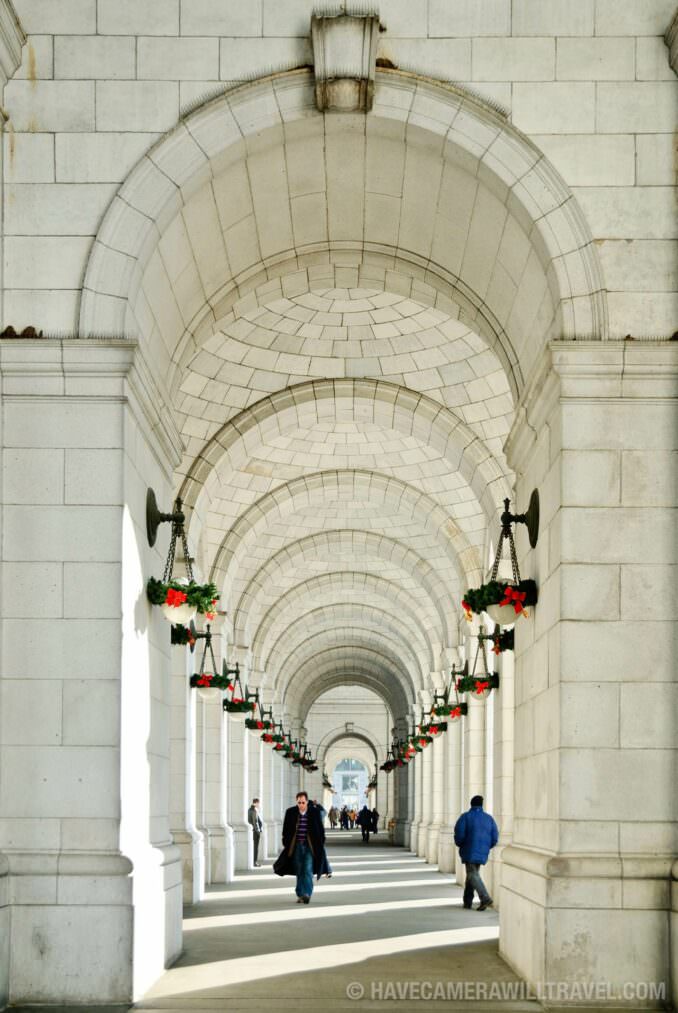 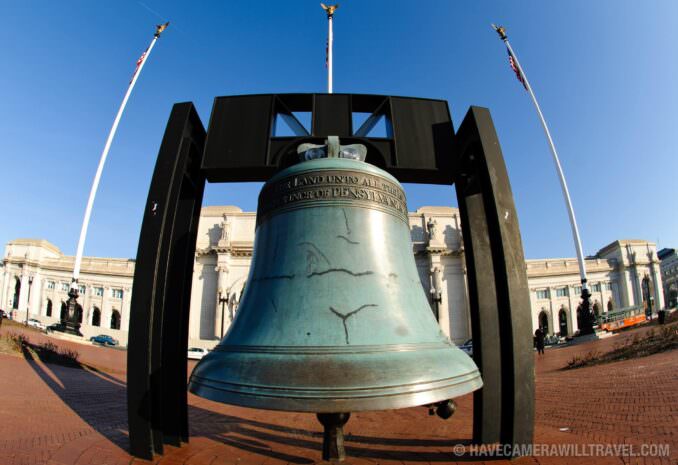 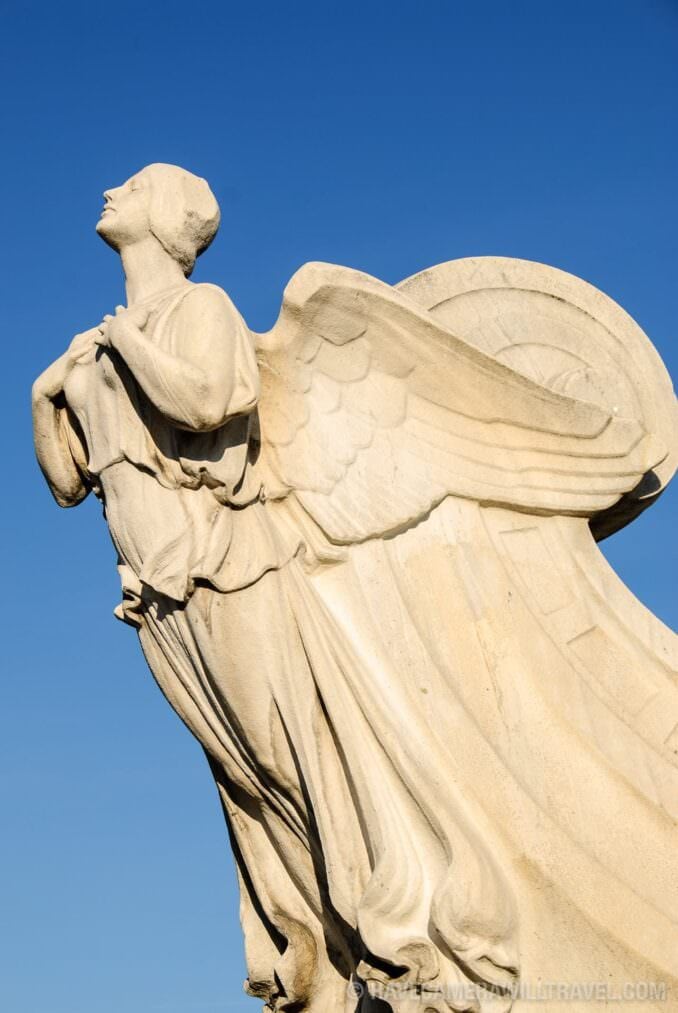 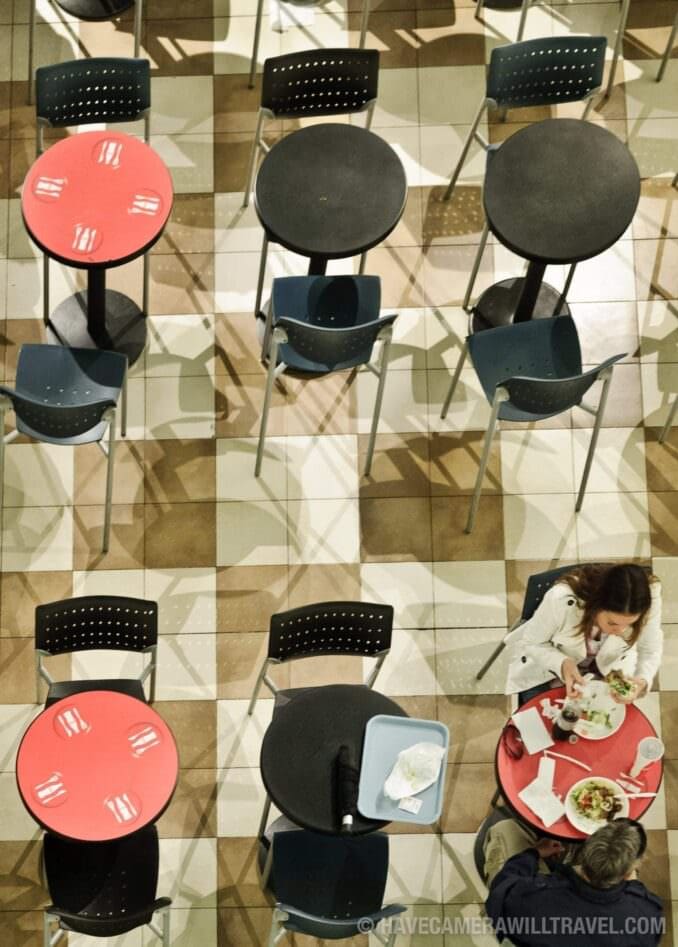 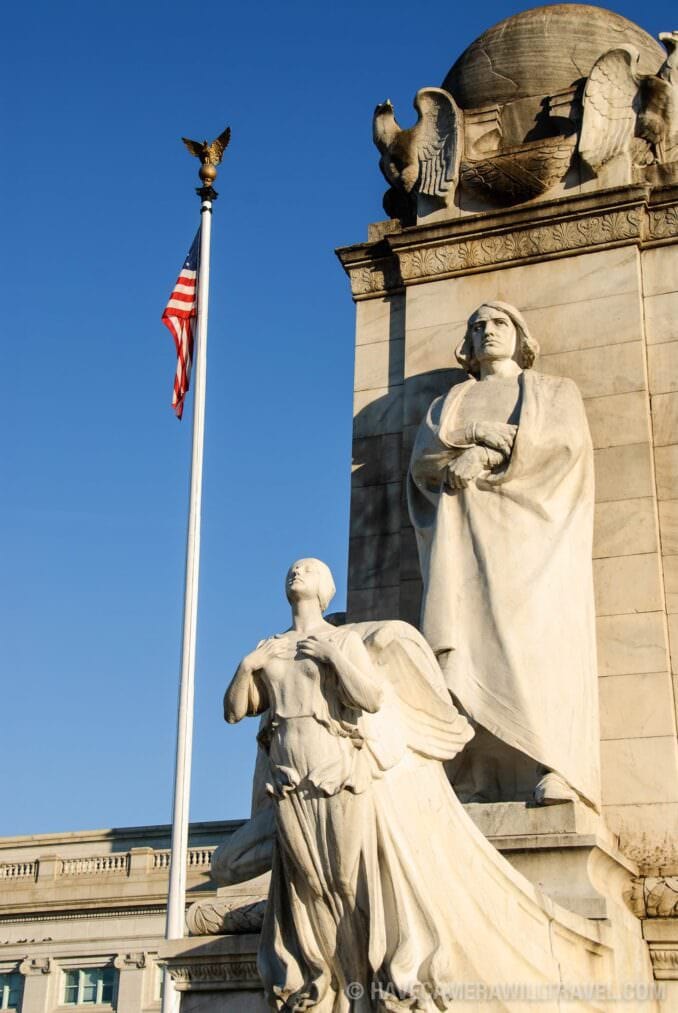 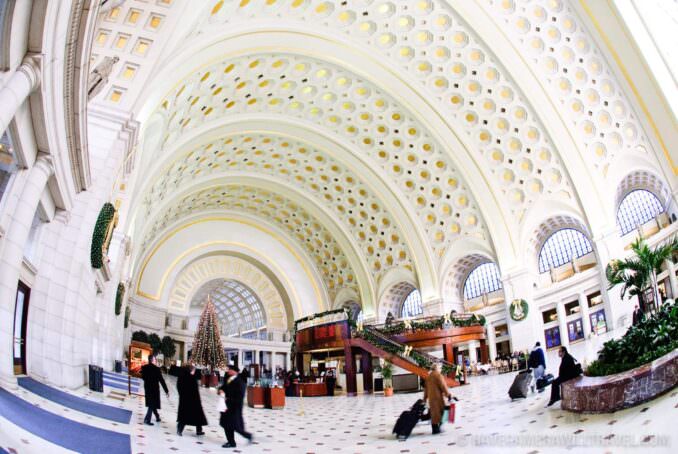 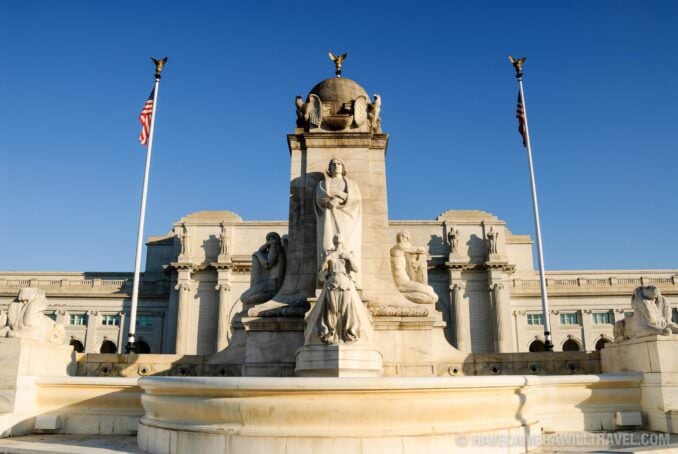 How to Get to Union Station

Strangely enough, the best way to get to Union Station is by train or metro (Red line). It’s a 5-10 minute walk from the US Capitol Building, has quite a few stores, several nice restaurants, and a large food court (and cinemas) in the lower level. There is a large parking garage attached and a cab rank out front.

This is what it says on the official Union Station website about taking photos:

Anyone is free to take pictures inside Union Station. However, if you will be using professional equipment such as a tripod, a permit is required.

You can apply for the permits online. You can find the application form here.

Lighting inside varies from well-lit in the main concourse to dim in some of the areas deeper inside the complex like around the ticketing counters. Unlike many of the grand train stations in Europe, you can’t really get anywhere near the trains and platforms without a valid ticket (and if you try you’ll have a run-in with security). There’s not much to see on the platforms anyway.