Sitting across the street from the US Capitol Building, the Supreme Court houses the judicial branch of the United States federal government. It’s in an appropriately grand building built in the mid-1930s and fronted by imposing classical marble columns. 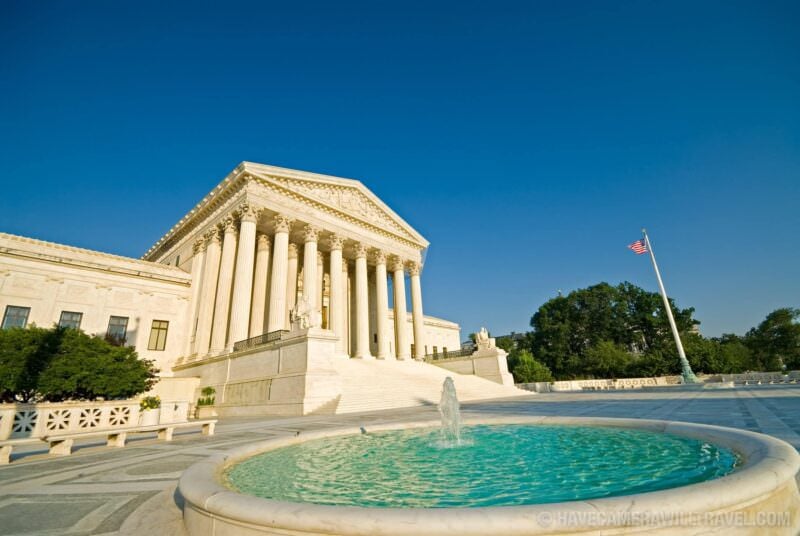 Sitting across the street from the US Capitol Building, the Supreme Court houses the judicial branch of the United States federal government. It’s in an appropriately grand building designed by Cass Gilbert, built in the mid-1930s, and fronted by imposing classical marble columns. The doors are cast in bronze, and statues representing Liberty, Order, and Authority guard the entrance.

Photos of the Supreme Court 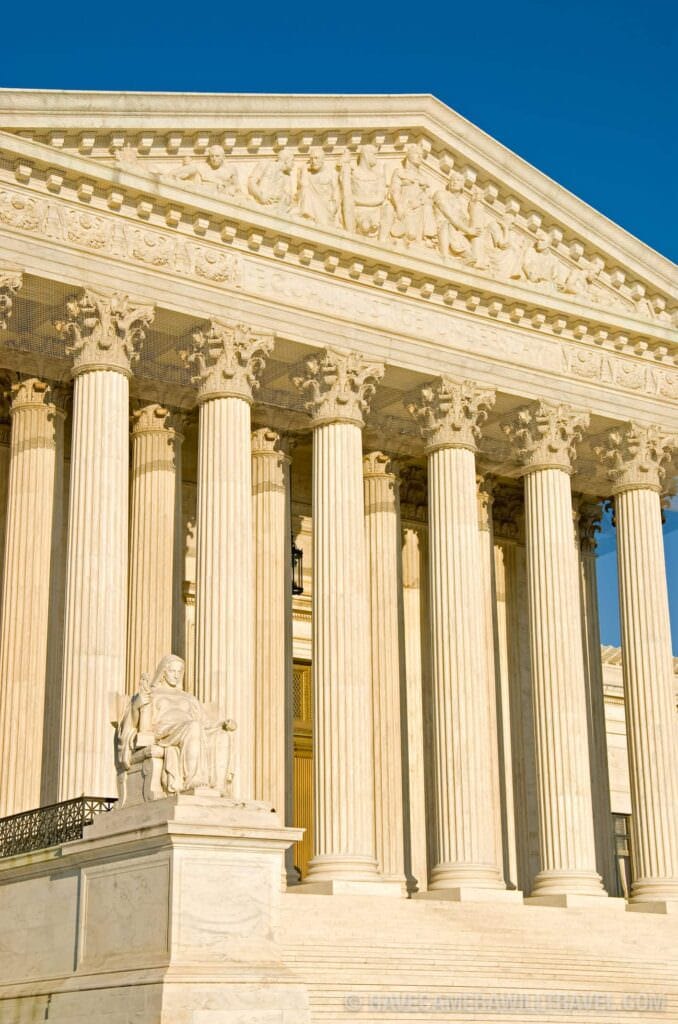 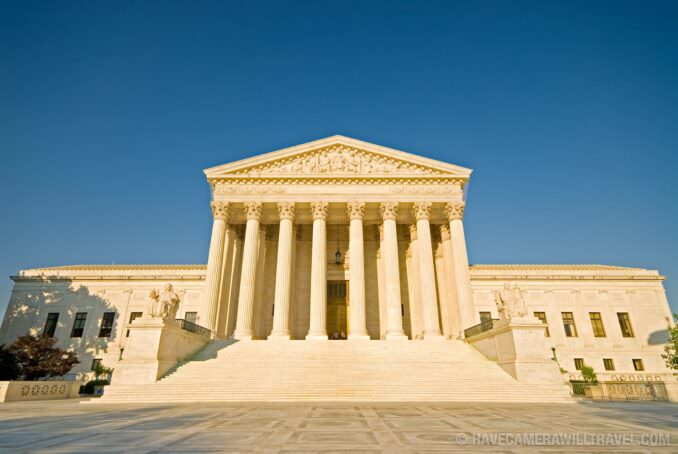 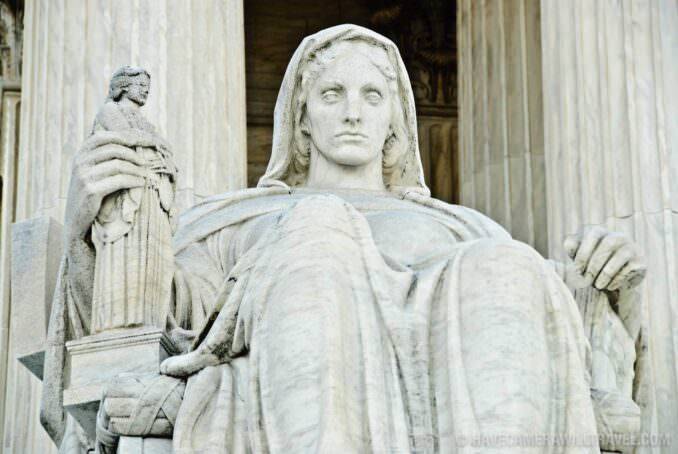 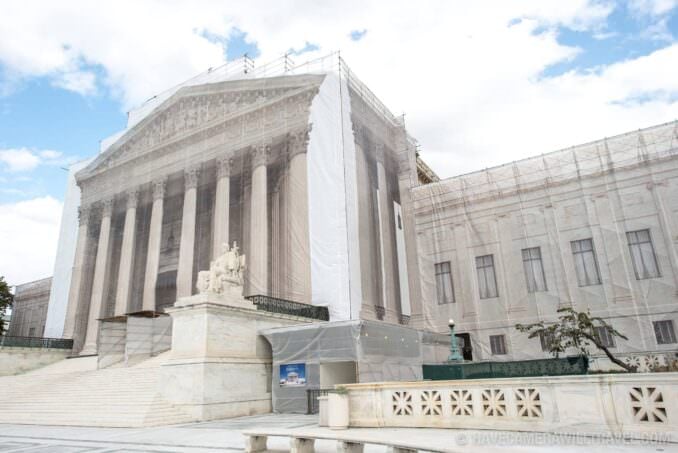 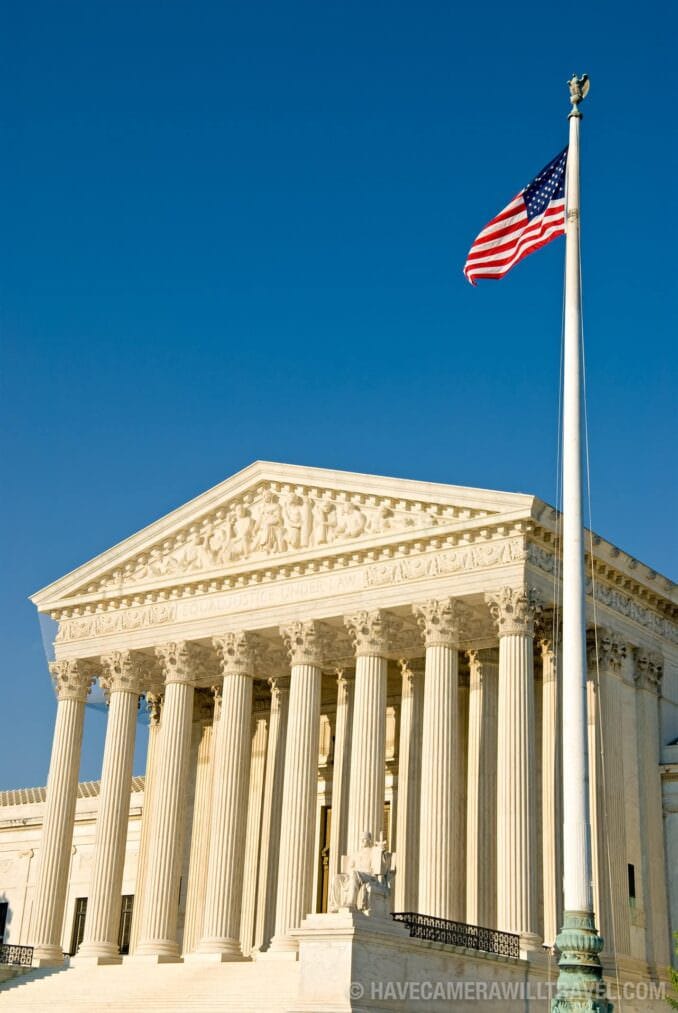 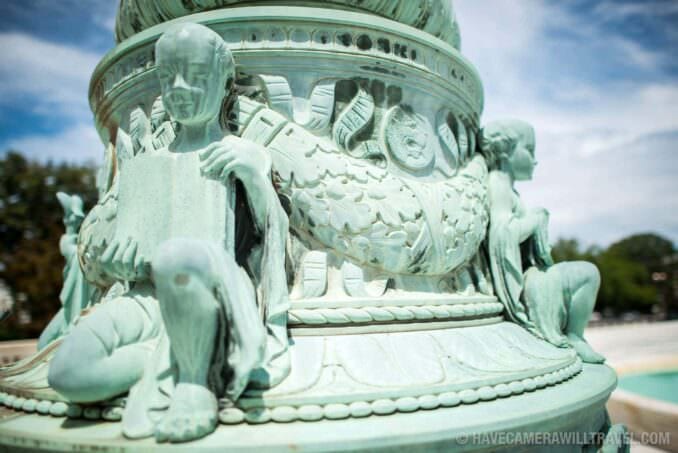 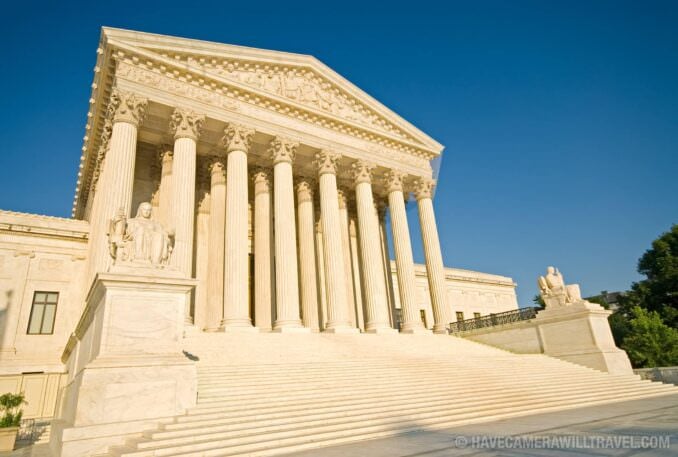 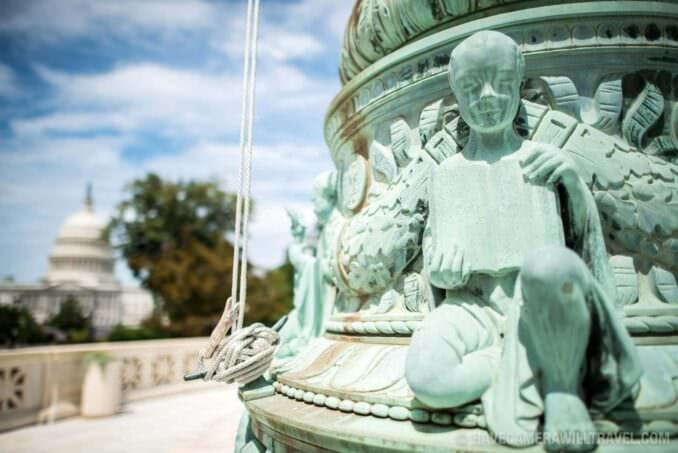 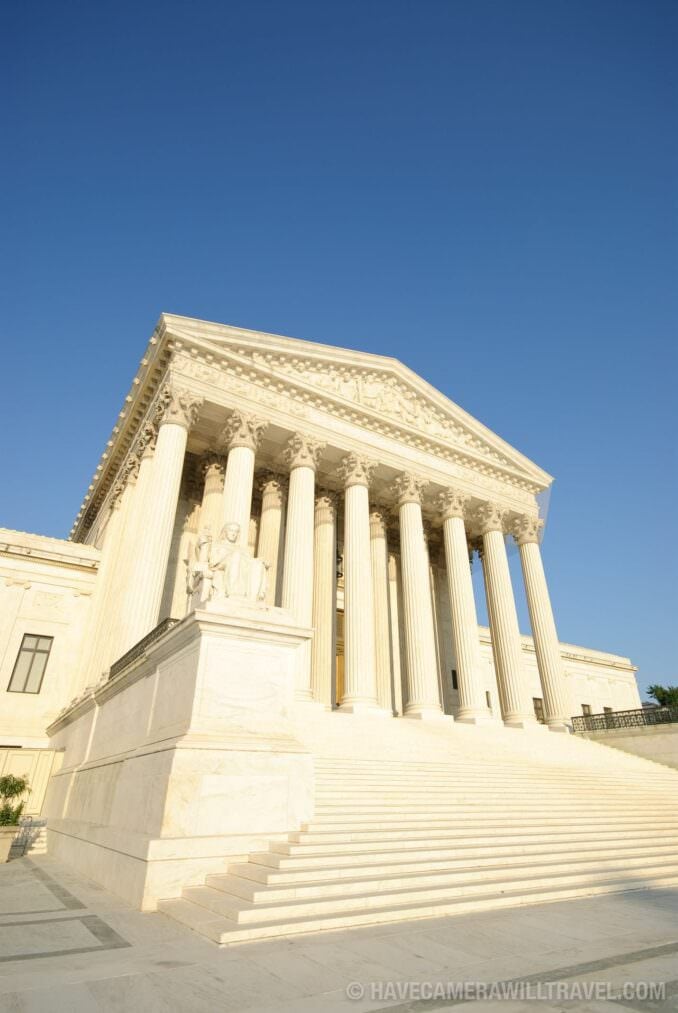 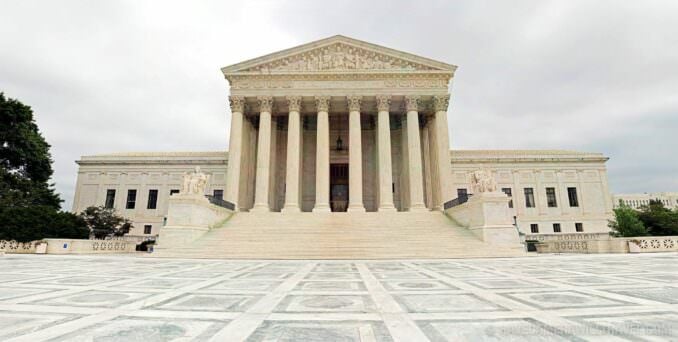 By far the best way to get the Supreme Court is by public transport–parking spots are in very short supply in the surrounding area. The nearest metro stations are Capitol South (Orange line; 0.5 miles) and Union Station (Red line; 0.5 miles).

Cameras are allowed and photography is permitted inside the building but not in the Courtroom. The use of tripods is not allowed on the inside the building or on the plaza in front of the building; you can, however, use them on the sidewalk next to the street outside the bollards marking the grounds of the Supreme Court.

If you’re after something a bit more photojournalistic, it’s quite common for there to be protests on the plaza in front of the Supreme Court, especially when the court is in session. There’s no guarantee of when protesters will turn up. Your best bet is to keep an eye on the Washington Post‘s legal coverage to see when any particularly controversial topics come before the court or check the Supreme Court calendar.

I take photos and travel. I do it for a living. Seven continents. Dozens of countries. Up mountains. Under water. And a bunch of places in between. Based in Washington DC.